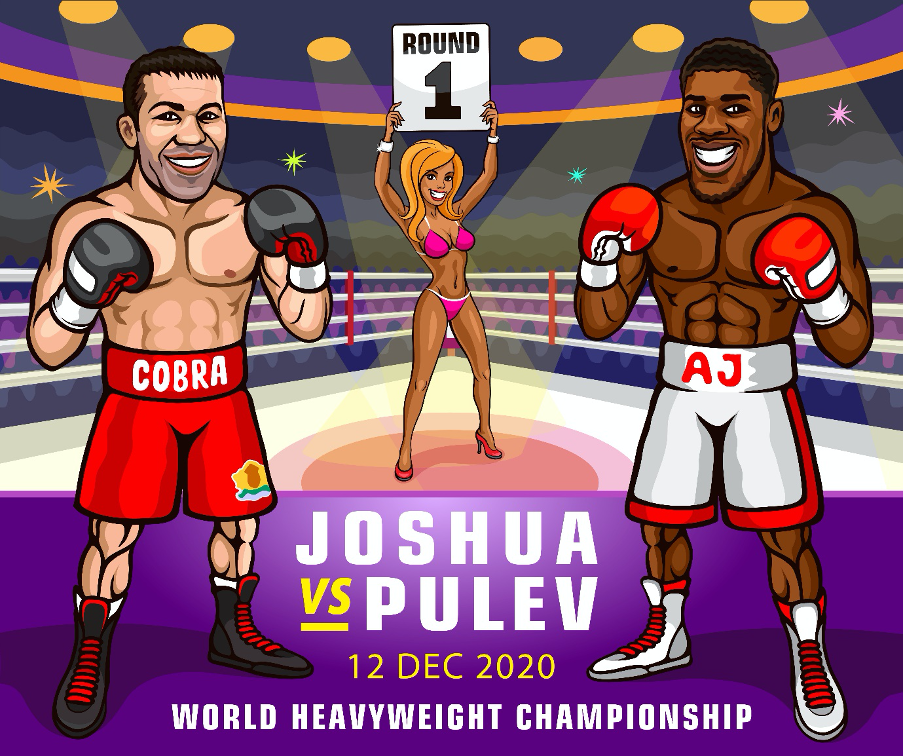 The countdown to Anthony Joshua’s long-awaited return to the ring is on. After a full year since his last bout, with the coronavirus pandemic largely to blame for his absence, the WBA (super), IBF, WBO and IBO heavyweight champion will step into the ring with Kubrat Pulev on December 12th.

The bout against the Bulgarian was originally scheduled to take place back in June at the state-of-the-art Tottenham Hotspur Stadium. However, Covid-19 put an end to this plan and the fight will now take place at the SSE Arena, Wembley, which will be a first for AJ, who is the heavy favourite in the Joshua vs Pulev odds, but it is also the first time since September 2018 that the Watford-native has fought in the United Kingdom.

Back-to-back fights against Andy Ruiz Jr. saw Joshua make his stateside debut, but it was a night to forget as the American won via TKO in the seventh round at the iconic Maddison Square Garden in New York. However, AJ put things right and won back his belts with a unanimous decision victory in Saudi Arabia last December.

As the heavyweight champion gets ready for a return to the UK, albeit in front of a 1,000-strong audience at the SSE, as opposed to the sell-out stadiums he has become accustomed to, let’s take a look back at his last four fights on home soil. Read on to find out more!

A bout against Alexander Povetkin was AJ’s second time headlining at Wembley Stadium, and it was an emphatic victory for the Briton as he retained his heavyweight belts. Joshua was criticised for not landing a high-profile opponent, but he responded with a seventh-round stoppage. The Russian hit the canvas after a right-left combo from AJ but staggered back to his feet before another left-hook from the English heavyweight had him against the ropes. At that point, referee Steve Gray could do little else but call an end to the fight.

A heavyweight unification bout against Joseph Parker marked back-to-back fights at the Principality Stadium in Cardiff for AJ. The fight against the New Zealander was more like a chess match for Joshua, as he displayed another side to his fighting technique other than his explosive nature that we are so used to. Parker was the first man to take AJ the distance, but he never looked in danger of losing on the judges’ scorecards, which were as follows; 118-110, 118-110 and 119-109. As a result, Joshua added the WBO title to his ranks.

Joshua was supposed to touch gloves with Pulev at the Cardiff venue. However, the Bulgarian pulled out of the bout injured with just days to go and Carlos Takam stepped in at short notice as a replacement. Not many people would have backed the 36-year-old to take AJ into the latter rounds, and it could have been further had the referee not controversially ended the bout in the 10th round. The Frenchman was downed by Joshua in the fourth round and took some damage to his eye, but despite it being checked ringside twice, he was deemed ok to carry on. That was until the 10th round, when referee Phil Edwards decided enough was enough and brought the fight to an end, which resulted in boos ringing out across the venue.

Over 90,000 spectators were treated to a thrilling encounter between AJ and Wladimir Klitschko at Wembley Stadium – the largest post-war attendance at the London venue. The pair traded blow-for-blow throughout as Klitschko hit the canvas in the fifth round, before AJ was knocked to the mat, for the first time in his career, in the sixth. The fight could have gone either way from there on in, but it was Joshua who came out on top, putting the bout to bed with a brutal KO in the 11th round and adding the vacant WBA (super) and IBO belts to his IBF title.