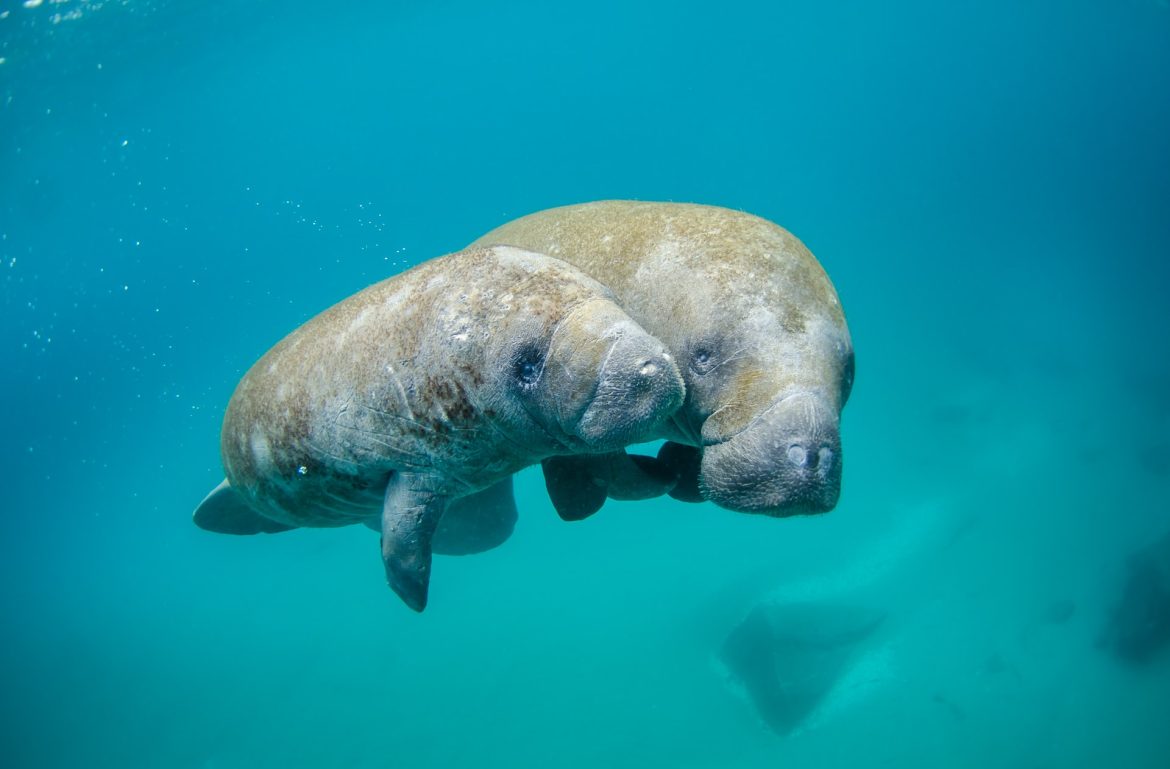 As far apart as people and nations can physically be from one another on this planet, considering how interconnected we are when it comes to conservation can make the world seem much smaller. The waters off the coast of Florida are just as susceptible to pollution, warming, and habitat destruction as the shorelines of the Hebrides. The marine animal and plant life affected certainly look different when you compare regions. However, locals and businesses across all regions have the opportunity to limit the impact that fishing, tourism, and commercial vessels have on the environment.

A case study of man’s influence on the wellbeing of marine life and the opportunity to make a difference can be seen in manatees. While they aren’t indigenous to the cooler waters of the United Kingdom’s northern Atlantic, the manatees’ story has become one of both loss and hope as conservation teams, like the SeaWorld Rescue Team, fight to conserve and protect these animals.

A Closer Look at Plight of the Manatee

Manatees are ocean-dwelling mammals that prefer cruising through warmer waters as they feed on local vegetation. Manatees are slow swimmers, and this lack of speed has contributed to the peril they face. Finding their food along the seabed, they typically face no natural predators.

Instead, it’s the manatees’ interactions with humans and the fallout of human effects on their habitats that have accelerated their endangered species status. In shallow waters, manatees find themselves in danger from boat strikes that can severely injure or kill them. Foraging in shallow waters, coming up for air, and being forced to new habitats as their old ones are polluted or developed has put manatees in more frequent peril. Many of their natural feeding grounds are barren, leaving the manatees to face starvation, abandon their young, and search for food in more dangerous and ill-suited waters.

SeaWorld as a Mainstay in Manatee Rescue and Rehab

With a home base in Orlando, Florida, SeaWorld Parks & Entertainment, Inc. has come to be relied on to help with the rescue and care of hundreds of manatees. In cooperation with the Florida Fish and Wildlife Conservation Commission (FWC), the SeaWorld Rescue Team responds to dozens of calls each year that report injured, orphaned, or stranded manatees. The team functions with 24/7 response and care, whether heading out at all hours of the night to rescue an adult manatee or working around the clock to feed and nurture orphaned calves.

Manatees make up a large portion of the over-39,000 marine animals that SeaWorld has helped save over the last 50 years. The SeaWorld Rescue team marked the successful release of its 500th manatee rescue in 2016. Over time, these numbers have increased, as manatees in peril have been drastically on the rise. Driven to shallow waters to find food and habitable environments because of storms, disease, and algal blooms (among others), manatees are coming into contact with boats in growing frequency.

In 2018, the SeaWorld Rescue Team had responded to nearly 70 rescues along the eastern seaboard. The affected manatees are immediately assessed and taken to acute care facilities, where they have access to leading life-saving technology and medical teams. The Manatee Rehabilitation Area at SeaWorld Orlando includes a five-acre Rescue Centre, where the animals are given hands-on care from veterinarians, biologists, and support staff.

The goal with every SeaWorld manatee rescue is a successful release. Animals with severe injuries that would put them in danger in the wild are attentively cared for over the course of their lives. Animals that demonstrate signs of recovery after a thorough rehabilitation programme are released in coordination with the FWC and other marine life and conservation organisations. These joint efforts help ensure the right timing and location for the release, often returning the manatee to a more suitable habitat than where they were originally injured and recovered.

The threat to manatees is ongoing and, perhaps most daunting, on the rise like never before. The FWC reported in late 2021 that manatee deaths are occurring at unusual and alarming rates, surpassing 850 thus far. SeaWorld continues to provide support whenever needed as the most common manatee injuries remain boat strikes and starvation caused by poor water quality that kills off of the manatees’ natural food supply. Recently, the SeaWorld Rescue Team was on hand to rescue and feed malnourished manatees in record numbers and took in two orphaned calves who will require feeding every three hours for three entire months until they achieve a healthy weight.

As the need for rescue, rehab, and release increases, members of the global community can show their support by spreading awareness of the dangers facing manatees. Even if you’re on the other side of the ocean or the world, there are still ways you can help lessen the threats that manatees face. General conservation best practises are first and foremost. The oceans are currently host to five large garbage patches, or gyres, that circulate debris in currents and with the winds.  Recycling, using less plastic, and proper disposal of trash can make a big difference over time.

Climate change and warming is also taking its toll on world ecosystems. By working to reduce your own carbon footprint and encouraging corporations and governments to do likewise, the global community can lessen the effect of warming and destructive changes that are driving manatees to seek different waters.

The SeaWorld Conservation Fund remains dedicated to providing rescue and rehabilitation support for marine life while fostering awareness and education worldwide. Research and habitat protection projects have been funded on all seven continents to bring change wherever it is needed most. One-hundred percent of all donations goes directly to support animal rescue projects and educational programmes. The SeaWorld Conservation Fund has donated over $18 million to support animal conservation including coral reef restoration, cleaner oceans, and habitat protection.

Learn more about SeaWorld’s commitment to the rescue, rehabilitation, and return of marine animals spanning more than 50 years and in excess of 39,000 rescues.