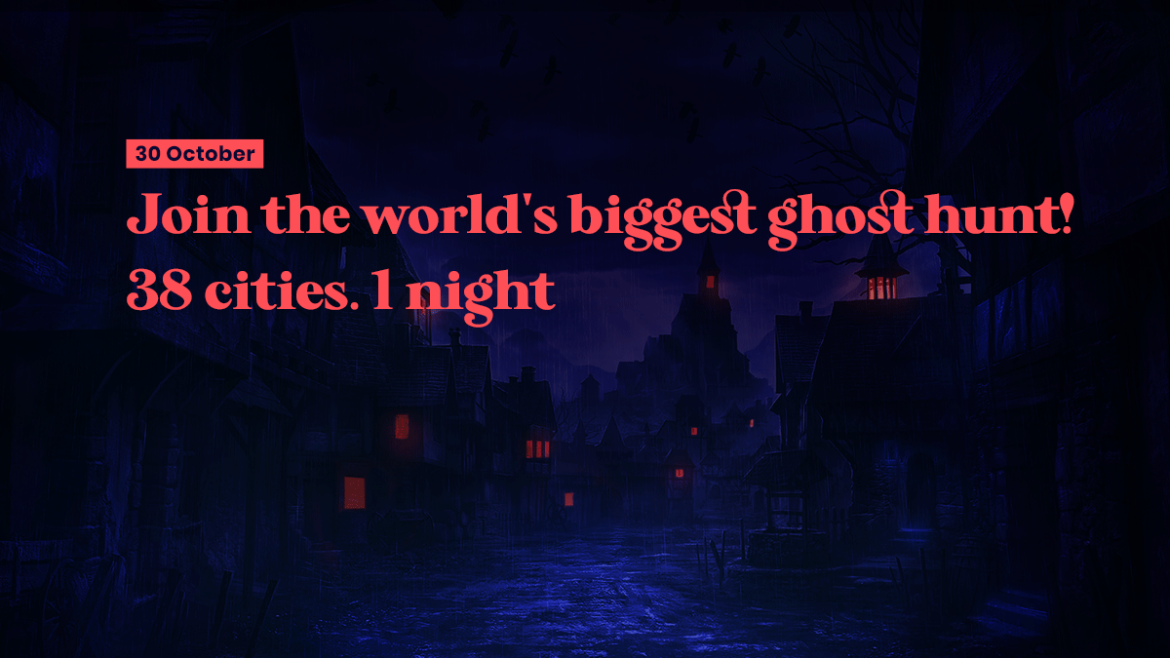 The worldwide interactive tours will see brave visitors explore the scariest sites in their hometowns Ghost hunters in 38 cities are being invited to take part in a global interactive paranormal investigation for Halloween 2021.  Hosted on the same night right across the world in 14 countries, the Quest ‘Night Walks’ will see thousands of people brave the pitch-black surroundings of haunted houses and possessed places in a bid to win prizes.  The ghost hunts will kick off on October 30, with participants guided by a mobile app to discover the terrifying true stories about the city they live in.  Live actors will take part in the experiences and groups will square off against one another to solve riddles and puzzles throughout the night – with the winners taking home a life-sized coffin, among other prizes.

The interactive tours are being hosted by platform Questo – which specialises in real-world exploration games.  This is the fourth edition of the Night Walk ghost hunts and is set to be the biggest yet – with thousands of participants expected to sign up.  The CEO of Questo, Alex Govoreanu, stated: “We are always organising different types of events, but we knew this one would be a hit when we had more than 15,000 participants in just four cities at the very first edition. He added: “The entire team is always excited to organise these Halloween events and we hope you can bring your friends and family to enjoy everything that we prepared for you!” To enrol in the Night Walks, simply book a spot at your chosen city. Locations include:

After reserving a place, download the Questo app.  When you arrive at the meeting point on the night, you can simply load up the app – which will point you in the direction of every haunted hotspot.  For more information, visit: https://questoapp.com/events.