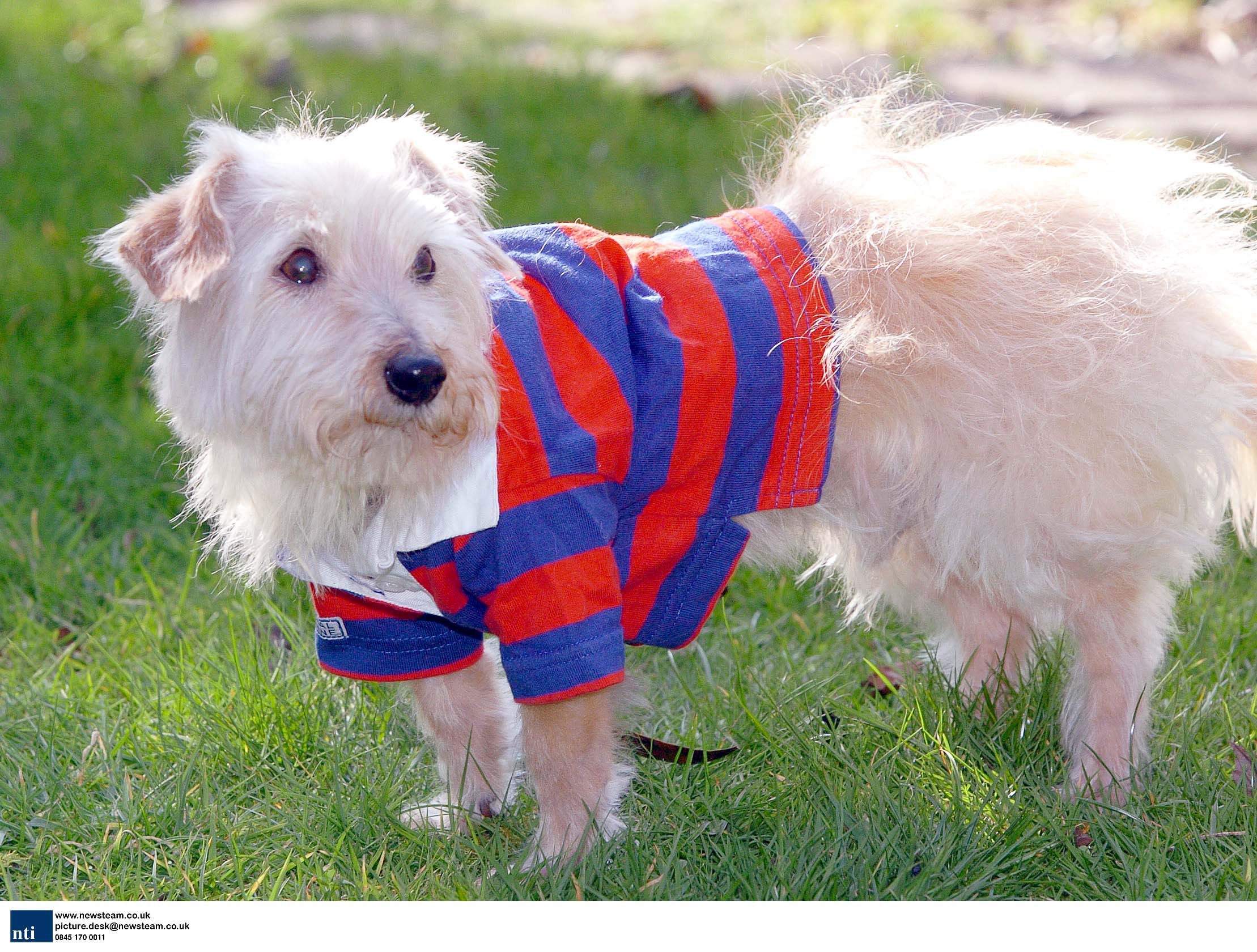 The fashion-conscious Yorkshire terrier crossed with a dachshund boasts his own wardrobe — a large wicker basket full of dozens of outfits at his Stourbridge home.

There’s his rugby-player look, formal attire, his “ASBO” hoodie, camouflage gear and countless neckerchiefs in a range of designs and colours.He even has one  containing a water gel that can be triggered to cool him down while exercising.

Bertie, aged 14, belongs to American-born glass jewellery designer Sabre  Gilmartin, of Heath Street, Stourbridge, who loves to kit him out in cool numbers that would look great on the catwalk.

She keeps up with the doggie fashions online and buys his clothes from all over the world, as well as at dog and fashion shows she goes to.

“He enjoys dressing up because he knows it makes him look cute and he gets more attention that way,” said Sabre, aged 69, who grew up in New York and came to Stourbridge from her previous home in Surrey to take a course in glass-making about seven years ago.

“He’s a proper showman and also does agility displays — and when a crowd cheers it’s like he’s lifted in the air with the joy of approval.”

Bertie was a stray and bald through malnutrition when he decided to adopt Sabre as his owner by jumping into her car when the door was open.

That was over 12 years ago and, after growing back his hair, Sabre decided to kit him out with a green sweater to keep him warm as he accompanied her running a stall in London’s Portobello Road.

“He didn’t like it because it was synthetic and made him itch but I later tried him with other woollies, which he liked,” she said.

“Then I started buying more and more outfits for him.

“I’ve never added up what I spend on his clothes. Most outfits come in at under &pound;10, although some that I buy on ebay from a lady who sews them in New York cost a bit more.”

Bertie’s formal attire, boasting a bow tie in the colours of the Lithuanian flag, was purchased for him to act the role of a professor in a quest to find “Top Dog”, a competition run on Animal Planet TV. He was voted the fifth “top dog” in Europe as a result of the contest.

The posing pooch also found fame when he reached the final 10 of the contest to find a “Toto”, Dorothy’s dog, in Andrew Lloyd-Webber’s production of the Wizard of Oz. But Lord Lloyd-Webber dismissed Bertie as ‘too short’.