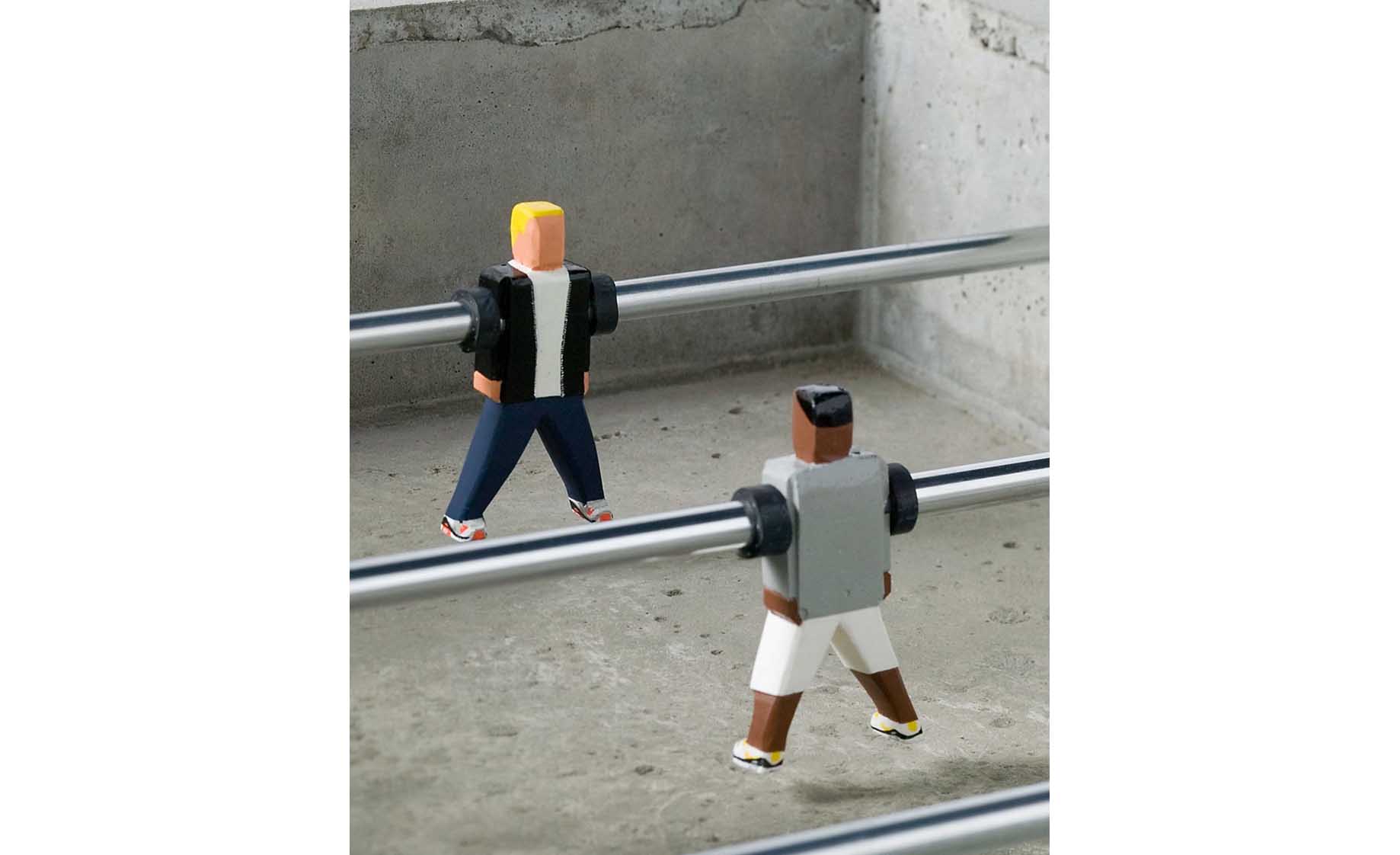 THIS is a bit different to the table football made famous by Joey and Chandler on friends, a giant concrete pitch on which the aim is not to score goals.

According to designer Jurjen Semeijn the object of the game is get the ball through an oppositions legs, with the legs of each player being wide open to provide an alternate to the traditional goal.

Jurjen said: “This piece was created in the true spirit of street soccer and incorporates many of the unwritten rules associated with it.

“The game is either played one-on-one or two against two and the focus is not only on scoring the most goals, but also on showing who is the best. First one who plays a ball in between the legs of the opponent wins.”

Not only will this be a new spin on a traditional pub game, but you will be able to personalise it, with players being customisable when a set is bought.

“It invites people to play and have fun,” said Jurjen. “But also challenges them to think of new ways to play.

“While interacting [with the board] the notion that all players are individuals becomes apparent. Later on you see that the players are all wearing Nike sneakers, connecting the individualistic aspects of the game in a very subtle and subversive way to the brand without any loss of integrity.”

The concrete table was originally designed for a Nike exhibition in Amsterdam celebrating the Air Max 90 ball’s launch. After the exhibition it was displayed at Artgadgets in Eindhoven for a few months.

Unfortunately the original version was demolished in an accident on the way to a shop in Copenhagen, Denmark.

“A new version is in development which will allow people to create their own player and bring it when they want to play,” added Jurjen, who founded I HAVE POP, the creative studio that brought the design to life.

According to Jurjen I HAVE POP produces “multi-dimensional projects based on a thorough understanding of communication, branding and design.”