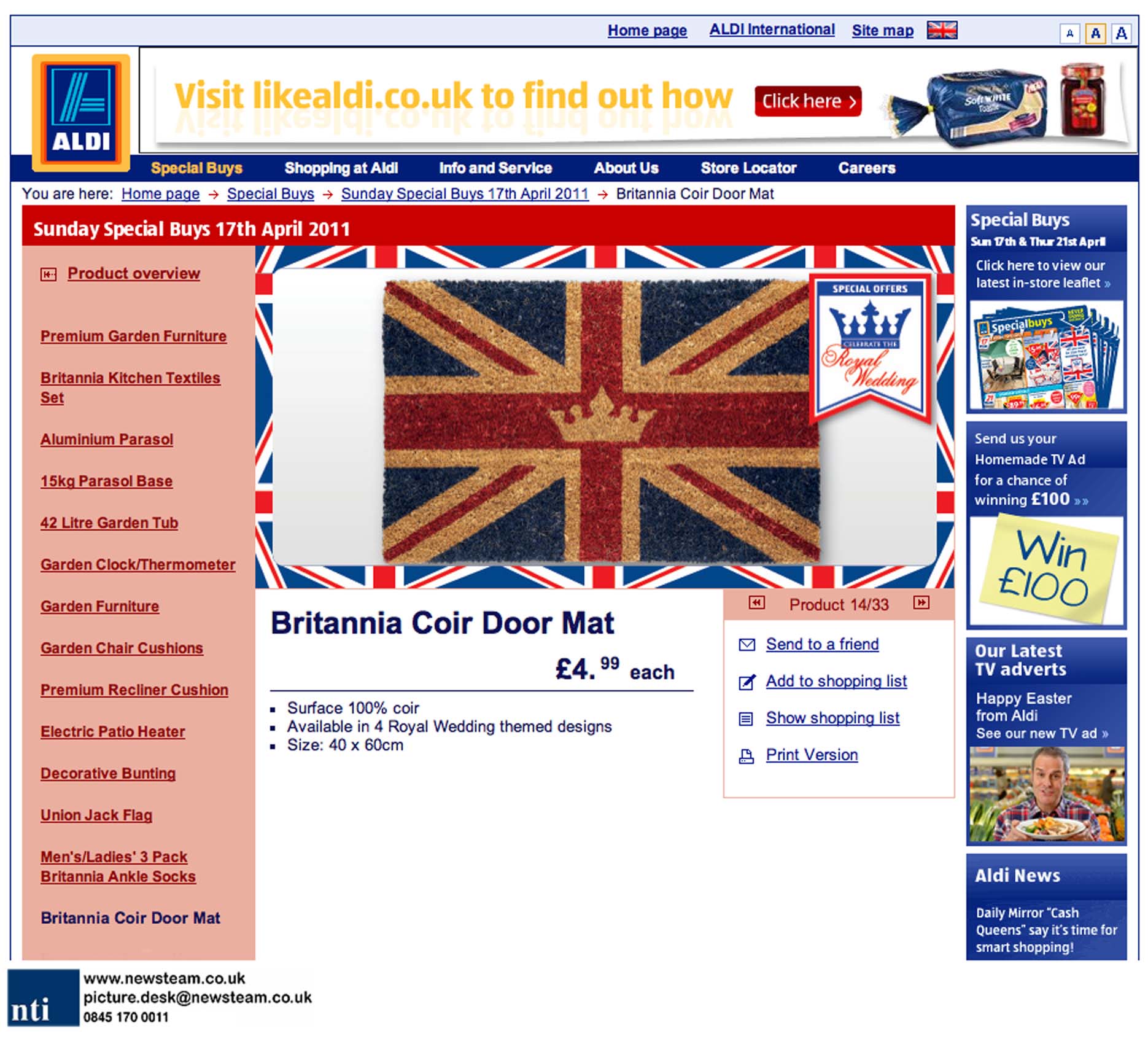 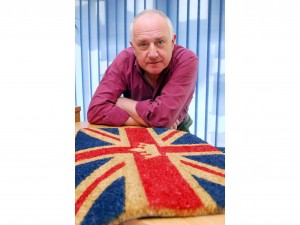 A SUPERMARKET has been slammed and labelled “a disgrace to the country” for selling doormats carrying a Union Flag design.

Designed as Royal Wedding memorabilia, the doormat being sold by Aldi has instead caused outrage among people disgusted that they are being encouraged to wipe their dirty feet on the British flag.

John Oliver, of Biggleswade, Bedfordshire, had to walk out of his local store when he saw the mats on sale there on Monday.

Retired police officer John, 59, said: “I couldn’t believe it when I walked down the aisle in Aldi and saw these things on the shelf.

“How can you sell an item like this that encourages people to wipe their dirty feet all over the flag of our nations?

“It’s a disgrace to the country.

“I had to leave the store for a short time after I has seen the mats so I could cool off.”

John then spoke to a member of staff at the store, who said it had not occurred to him that customers might be offended.

In some countries across the middle east putting your shoes on something is considered the ultimate insult, with Iraqis reaction to Sadam Hussein’s statue being torn down in 2003 being to beat it with their shoes.

After leaving his telephone number John was later contacted by an Aldi area manager.

He added: “She did say she was sorry to hear that I feel the way I do, but she didn’t make any apology about the fact that they are selling the doormats.

“I asked her if she thought it was appropriate and she said she couldn’t comment.”

The former Metropolitan Police chief inspector, who moved to Biggleswade 12 years ago said he keeps an open mind when it comes to politics, but claims the mats are clearly not representing the UK in the best light.

He added: “I’m not very right-wing or anything, but I am patriotic and proud of my country, and this just isn’t right.”

“In the USA any degradation of the flag is regarded as a terrible offence and although we’re not as strict over here – wiping your feet on the Union Jack is certainly quite degrading,” he said.

“I definitely have sympathy with the view that this is not something which is suitable to be sold in our supermarkets.”

A spokesman for Aldi said: ““Like many retailers across the country, we are selling a range of distinctly British-themed merchandise for the people of Biggleswade to celebrate the Royal Wedding.”