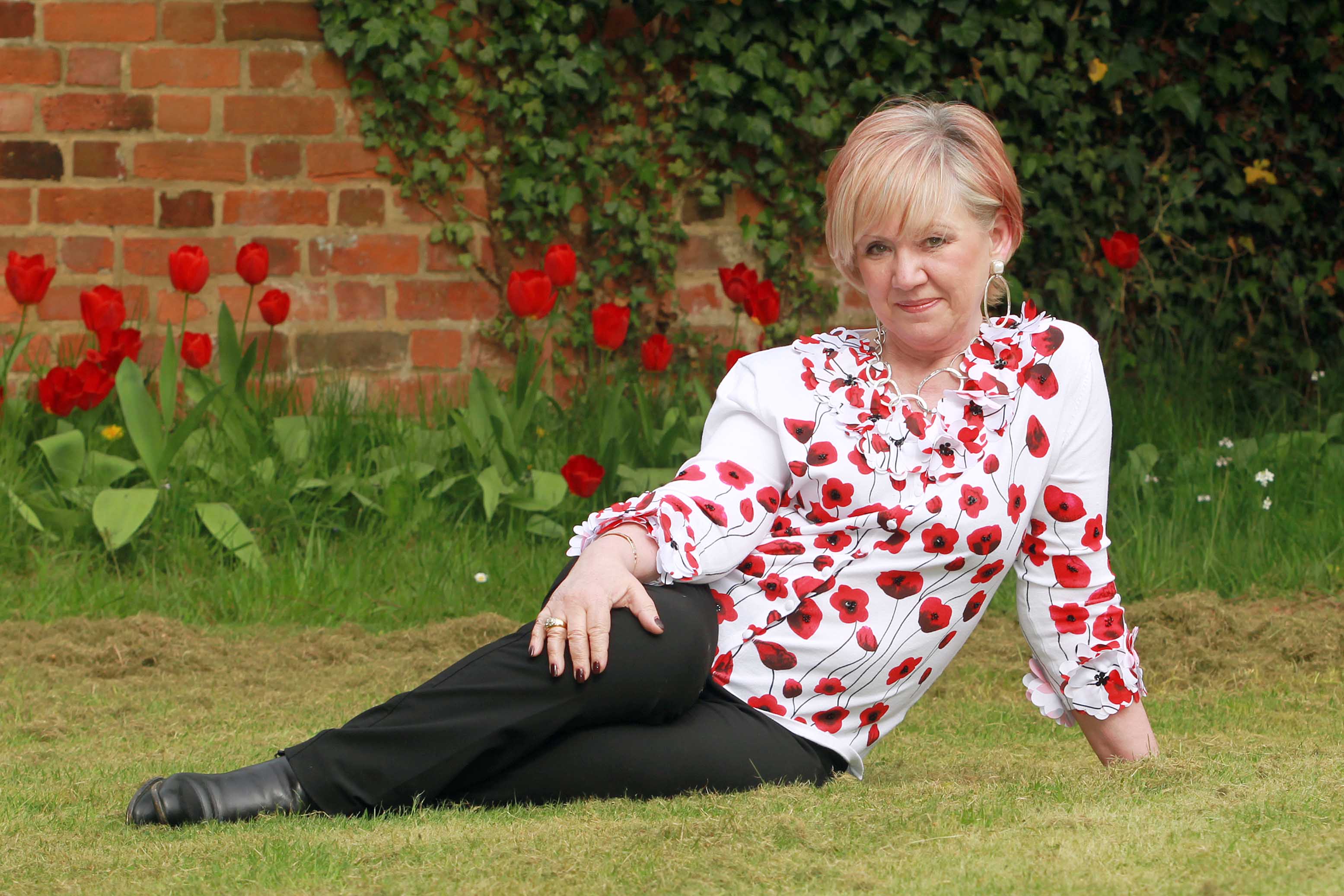 A WOMAN who had a mastectomy after battling breast cancer has gone under the knife again for a life-changing GBP50,000 operation – to build a bionic boob.

An unsightly abscess developed in her chest that wept continuously and ate into her ribs and lungs, leaving her fighting for breath.

The condition, which made mother-of-two Gloria’s life hell for more than 20 years, left her chest wall weakened and a number of her ribs fractured.

“At first I thought I would just have to put up with it, after all I was still alive after having cancer.

“But as the years went by it became more and more of a nightmare,” she said.

“The abscess needed constant attention and I was too embarrassed to socialise – I couldn’t breath properly, it was awful.

“I couldn’t walk and talk and even struggled with stairs, things most of us take for granted.”

Over the years, gregarious Gloria, a forthright businesswoman with two fashion shops, had to let her life contract to simply work and home.

Holidays weren’t an option anymore as she was too embarrassed to wear beachwear incase people saw the abscess.

“The last two years the condition became extremely bad. I was at my wits end, I even had to put panty liners in my bra to control the weeping and get up in the night to change.”

It was at this point she decided enough was enough and made enquiries about treating it.

After 20 years of suffering, Gloria went for a routine check up in December 2009 and doctors recommended she went to Springfield Hospital, Chelmsford, Essex, where consultants suggested she undergo a radical new surgical treatment to reconstruct her chest.

The extensive GBP50,000 operation removed all of the affected area of the chest wall including soft tissue, part of six ribs and a segment of the underlying lung and then reconstructed the area with titanium bars, and used a flap of skin from her belly to reconstruct her breast.

She had no qualms about going under the knife despite it being a fairly new surgical treatment.

Gloria continued: “I knew it was a big and fairly new operation and but I didn’t care – I would have been the guinea pig if I had to be. But I was so relieved when they prepared me for my operation that my embarrassing condition would soon be over.

“There was no pain or discomfort or anxiety afterwards. I am absolutely delighted with how it looks now.

“Fortunately the operation was covered by my medical insurance, but to be honest I would have considered raising the money myself if I’d had too.”

Now the grandmother says she feels like a new woman and husband Vincenzo, a restauranteur, is delighted.

“The operation has dramatically changed my life for the better. I feel clean and whole again and although I have a scar that is nothing compared that disgusting abscess.

“I feel much more confident now and am happy to go out and wear sexy tops without having to worry that it could be seen as only my scar will show now.

“The result is unbelievable.”

Talking about the operation, Mr Shah said: “At the time when Gloria had her radiotherapy, it was thought that basically ‘scorching’ the area was best practice but now radiotherapy has evolved to a more little and often approach.

“This type of fungating abscess is very difficult to heal. The patient may find it psychologically difficult to cope with and may express feeling of disgust and revulsion and curtail social activities because of their embarrassment.

“Live tissue is needed for the healing process, scar tissue (caused by radiotherapy) does not heal itself well.”

“This operation was therefore essential to improving this woman’s quality of life.”

Although the complication, called osteoradionecrosis, is rare and generally affects women who had radiation treatment for cancer some years ago, it is believed that thousands of may be suffering the condition.

Mr Shah continued: “Adjuvant radiotherapy is an important part of the treatment of breast cancer and in the main the majority of women do not suffer any deleterious effect from the treatment.

“At lot of patients are so relived to be cancer free that they tolerate dealing with these highly unpleasant abscesses.

“These women just put up with it, and their families have to deal with it too.”

“I am proud that our corner of the UK is leading the way for this kind of reconstructive surgery.”