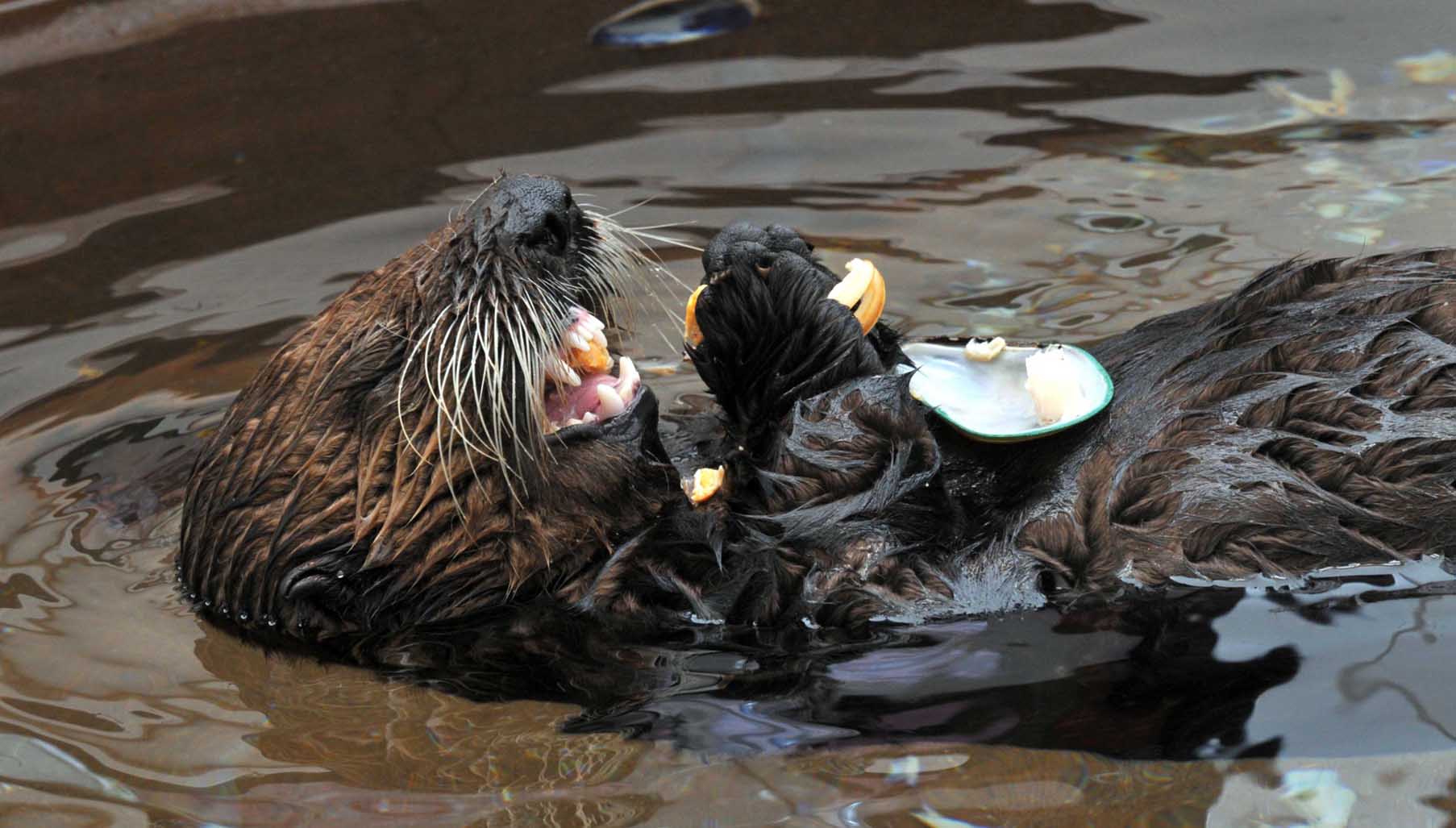 THIS little abandoned pup looks like she’s enjoying getting a taste of how the ‘otter half’ live – with a luxurious diet of oysters, prawns and crabs.

The five-month-old female otter pup appears to be laughing as she munches through her sea-food platter part of her three kilograms/6 lbs of grub every day.

She incredibly gets through the equivalent of 86 bags of crisps and 32 per cent of her body weight.

She was taken in by handlers at Seaworld San Diego, USA, after being abandoned by her mother and found on a Californian beach suffering from a parasite infection.

Dedicated keepers at the park have been feeding the little Californian sea otter a diet of posh nosh more usually associated with upmarket restaurants – oysters, prawns, squid and crab.

The stricken pup was found in a grave condition, at a dangerously low weight of 13 lbs/6 kgs – a whopping 30 lbs/ 13 kgs below the average weight for an adult female otter.

Staff at the animal theme park have slowly nursed her back to health, getting the pup’s weight up to a healthy 20 lbs/ 9 kgs thanks to her luxurious diet.

She has since been introduced into the sea otter nursery at the park, where keepers say she is settling in well, even playing with other otters.

“We’re hoping that the new one gets to know how to be an otter, and all the rules that otters have.”

The pup has not been named, but staff at the park said they were considering an Irish moniker, as she was introduced to Sea World on St Patrick’s Day.

She has delighted visitors to the park since being unveiled this week.

One said: “It’s great to see an animal recovering so well like this – it’s real heart-warming that they’ve nursed her back to health like this, and to see her playing with the other otters.

“And what an appetite. I’d like to get that kind of dinner service every day myself.”

Californian sea otters are listed as a threatened species by the US Fish and Wildlife service.

Their numbers have been dramatically reduced by oil spills, disease and becoming entangled in fishing nets.