LIBERAL Democrat officials have reaffirmed their support for a local election candidate who has posted semi-naked pictures of herself on the internet -posing with fetish gear.

Photographs of Holly-Ann Battye, Liberal Democrat candidate for the South Northants Council ward of Cosgrove and Grafton, emerged this week on the website DeviantArt, under the user name HollyTheWolly.

Images shows Miss Battye lying on her back with a ball gag in her mouth and cupping her breasts.

While other more Gothic-themed images are disturbingly captioned ‘I kill’, ‘Voodoo’ and ‘Make It Bleed’.

Ms Battye, listed as 22 on the website, claimed that the pictures came to light after it was raised as an issue by the Conservatives.

She said: “I find it reprehensible that narrow-minded local Tories would seek to stifle proper political debate on their inadequate record while running SNC.

“By deflecting people from the real issues they are trying to hide their failure to deliver decent services while spending money on grand new offices for themselves.

“I suppose they would prefer it if there was no democracy and only Tory candidates could stand, like in many of the seats across this ‘rotten borough’ they have created.”

The pictures have emerged just two weeks before the county is due to go to the polls in the local elections on May 5.

Conservative candidate Ian McCord, who is standing against Miss Battye, said: “The Lib Dem candidate shows the dangers of social media websites, but it is irrelevant.

“This election is about policy and the direction of the council in the next few years. I have not heard a single alternative policy idea, nothing on the level of the Council Tax, planning, re-generation of our towns, or making this district one of the best places to live in the country.

“I look forward to debating these issues.”

Jane Hollis, chairman of the South Northants Lib Dems who is standing in the Castle ward in Northampton, stood by her candidate and added: “At the end of the day she is an artist and she sells images as a business.

“She is young and what I want to see is a refreshing change to all the elderly Tories sat on the SNC council.” 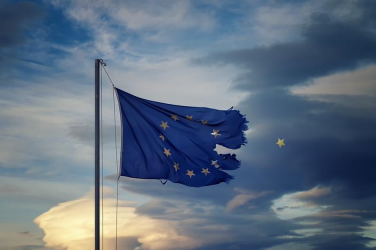 What’s In Store for The Property Market in The UK

THESE dramatic pictures show the moments when brave firefighters risked their lives to rescue ...