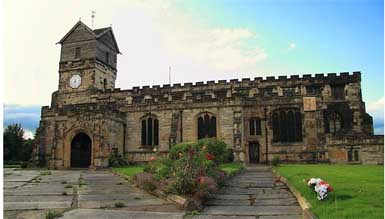 THE marriage of its namesake to Prince William next Friday should be a particular cause for celebration in the parish of Middleton.

But people who spent months planning a party to mark the wedding of the future king to Kate Middleton have had a royal let down after residents failed to support it.

A celebration organised by the Jubilee Committee of Blackborough End, which is in the Middleton parish, has been cancelled at the last minute after too few ticket sales meant it wouldn’t be viable.

Secretary Janet Eason said: “We delivered flyers to every house in the village but it wasn’t meant to be.

“We only had about 20 people, aside from the committee members and their families, who wanted to come.”

The committee had organised a party in a barn at Blackborough Manor Farm next Friday afternoon, with live music, food and fancy dress and games for the children.

And not only would the event have celebrated the royal wedding, but it was also going to raise money towards new traffic calming measures for the village.

The tickets had cost GBP10 for adults and GBP for children, including food.

Mrs Eason said the committee, which was formed to mark the Queen’s Golden Jubilee in 2002 and continues to raise money for local causes, started planning the party in January.

She said: “We held extra committee meetings, carried out all the necessary checks and risk assessments, organised flyers and delivered them.

“It’s been quite a lot of work.

“It is such a shame we’ve had to cancel it but it just wouldn’t have been viable. It wouldn’t
have covered our costs, let alone raise any money.

“What can you do though? You can’t force people to come.

“Whether people thought it was too early in the year and you can’t guarantee the weather, or it might be that people couldn’t afford it. We’re not really sure.”