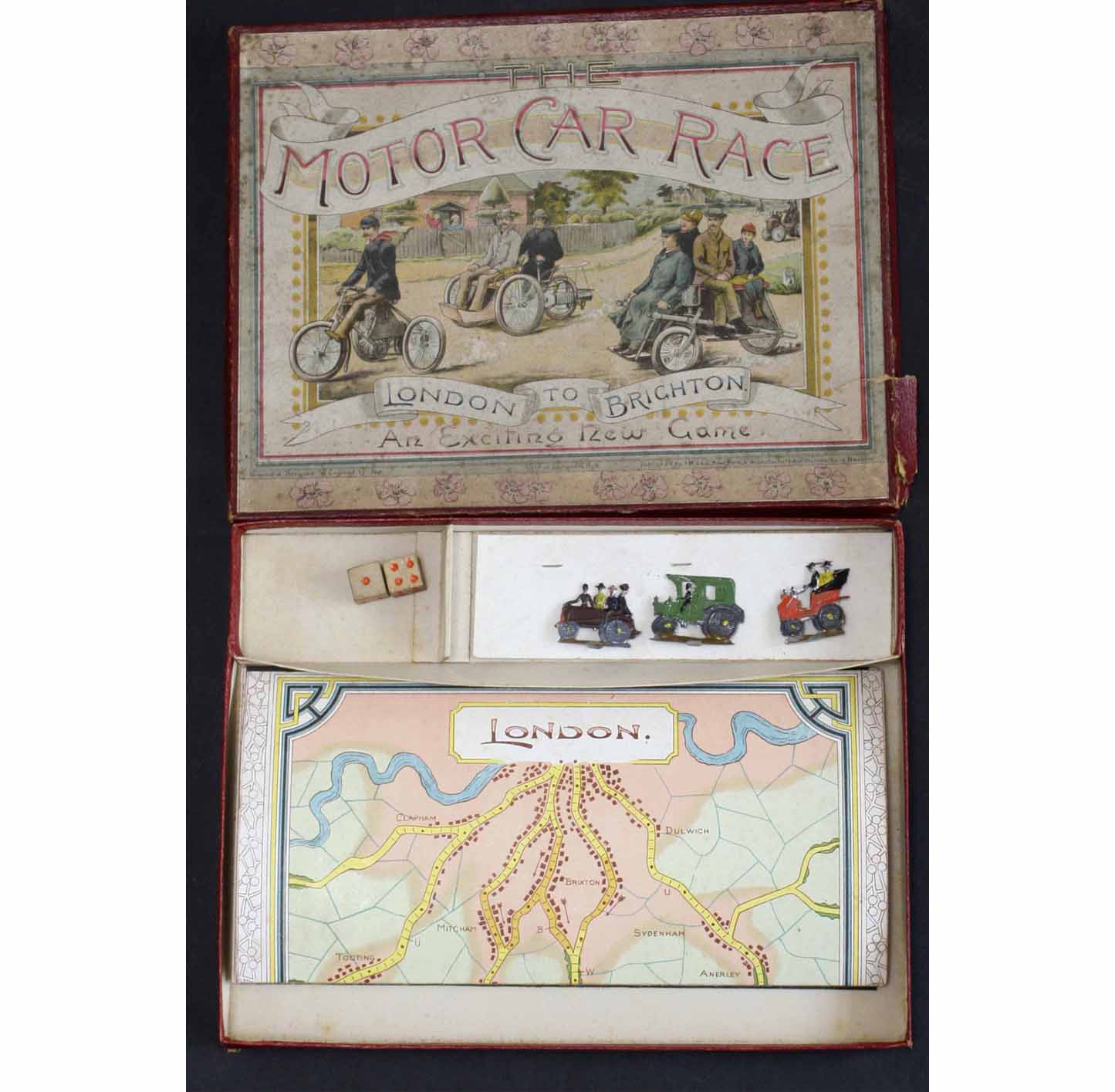 THIS is the boardgame that would have got young 19th century Clarksons hot under the collar as they re-enacted one of the most famous races of the day.

The game, called The Motor Car Race – London to Brighton, turned up in a house clear-out earlier this year, with auctioneers astonished to find it in near mint condition.

Charles Hanson, who runs Hanson’s Auctioneers, said the find was amazing considering the age of the game – which is like a Victorian version of the popular Top Gear board games.

“This game comes from around 1895,” he said. “So to find it in such good condition is amazing to me.

“This game really comes right from the birth of the car, you can imagine it amongst a world of horse-drawn carriages on dusty streets, these machines must have been almost out of this world.

“It’s like a 19th century version of the Top Gear games you can buy today, a lead Stig racing down to Brighton.

The game, which sees players navigate three miniature lead cars along a route from London to Brighton, was made by JW Spear and Sons in their factory in Bavaria, Germany.

The company was originally German, but later opened a factory in Britain. Having been founded by a Jewish family the company gradually moved it’s entire operation to the UK.

Mr Hanson, 33, added: “It’s just a wonderfully complete game, it has the board, the cards that were used and the little vehicles, all in great condition.

“We get a lot of board games come through the auctions from the 1950s, but to see one that’s over 110 years old is incredibly rare.

“It’s a testament to the child who was given this gift that he or she kept it in such beautiful condition whilst playing with it.”

According to the auctioneer the game would not have been a cheap toy enjoyed by the masses when it came out. It would have been the preserve of the growing new lower-middle class of the Victorian era.

“Back in those days it would have cost more than a few shillings, possibly even a couple of crowns,” said Charles. “That was quite a lot back then for a game, but still doesn’t compare to the GBP500 it should fetch come the auction.

“This really was something amazing, sat amongst a lot of dusty and damaged things in this house, this beautiful, complete board game. Hopefully it will now go to an owner who will look after it as well as it has been.”

The game will go on auction on18 May at The Mackworth Hotel, near Derby.