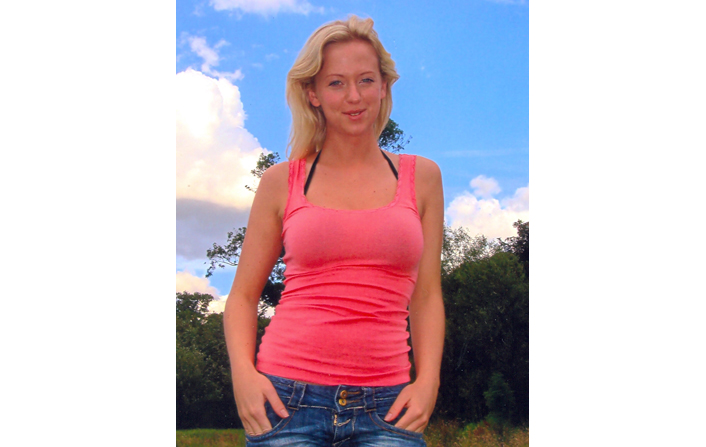 A PRETTY blonde girl was found murdered and wrapped in cling film inside her own suitcase, a court has heard.

Details about the grim discovery of 24-year-old Sylwia Ciapcinska’s body were revealed as the trial of the man accused of her murder began yesterday/Tuesday at Birmingham Crown Court.

Tomasz Sobczak, 29, is charged with killing the young woman who was found bound in tape and placed in the foetal position inside her black suitcase, a jury were told.

Christopher Hotten QC, prosecuting, described the moment that a group of youths found the body in undergrowth near the Stapenhill Viaduct in Burton, Staffs, on September 17 last year.

He said: “Between 5.30pm and 6pm, three young men were walking in an area known as The Washlands.

“While walking up a ramp, Robert Brown looked over and saw a black suitcase in the undergrowth.

“He jumped over the railing and pulled it out. It was very heavy — he thought heavy enough to contain a body.

“The young men went to a nearby pub to collect some more friends.

“It was found in the foetal position with her legs drawn up to her chest and head. She was wrapped in cellophane and bound with tape.”

Sobczak appeared in court wearing spectacles, a green T-shirt and blue hooded top after previously pleading not guilty to her killing last year.

During the opening of the prosecution case, more details also emerged about the day of Sylwia’s disappearance.

At 10.20am on July 20, Sobczak was seen at Tesco in Burton, buying a packet of condoms.

Then, at 11.58am the defendant telephoned Sylwia and the call lasted 18 seconds, it was alleged.

Later, at 3pm, a friend of Sylwia’s tried to contact her but there was no answer.

At 5.30pm, Sobczak told the friend, Ola, who also lived with Sylwia and the defendant in the same house in Ash Street, that he had seen Sylwia and she had told him she was going out to meet friends.

An hour later, Sylwia’s cash card was used to withdraw money from the Burton branch of Lloyds TSB.

The card was used again the following day to withdraw more cash from the same branch.

On July 21 Sobczak was seen in a park near Burton taking several pictures on his mobile telephone.

Three days later, a friend of his asked why he had scratches under his eyes and on his neck.

The court was told the defendant’s wife and child were living in Poland but were in the process of joining him in Burton as Mrs Sobczak was six months’ pregnant.