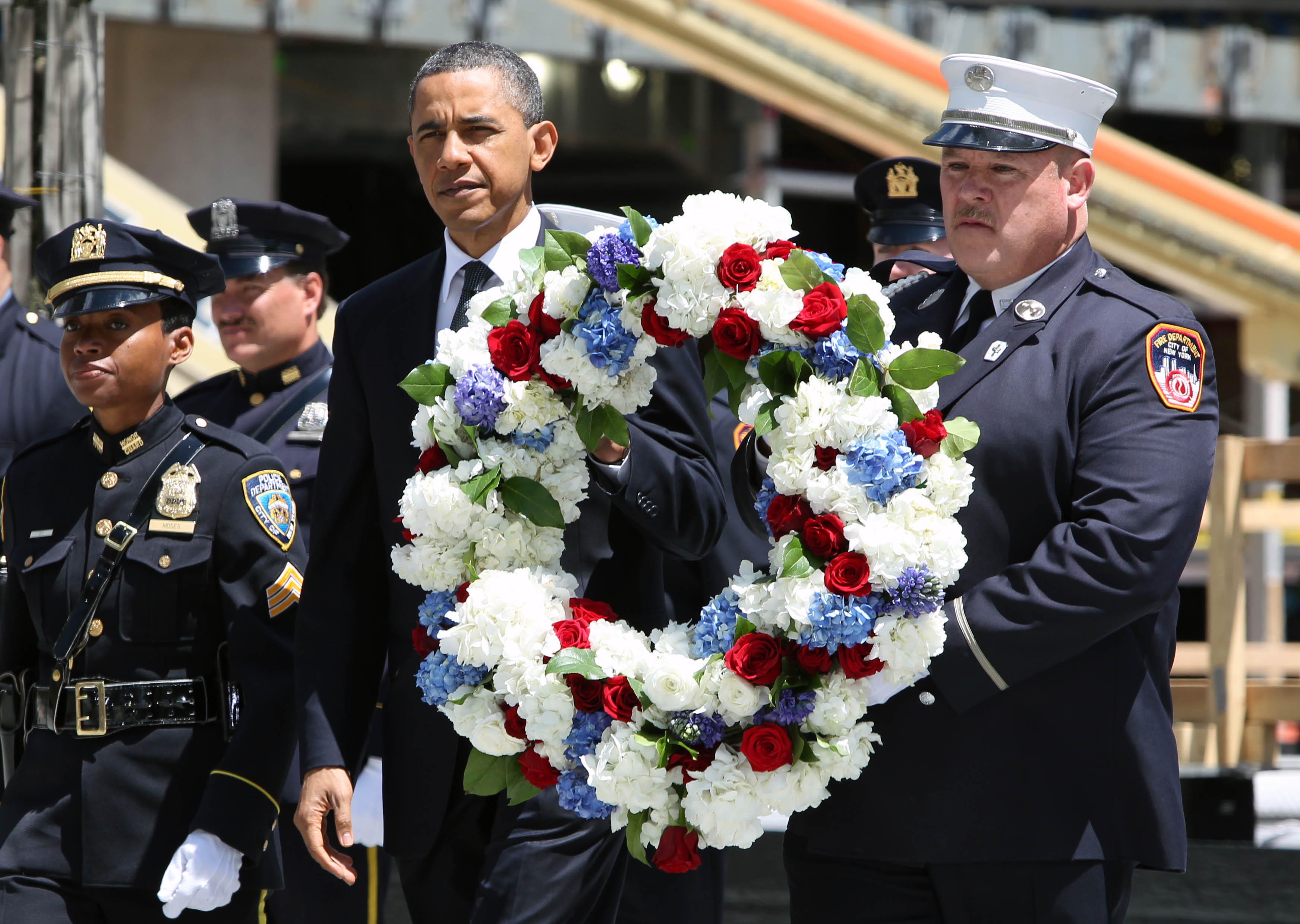 Days after the killing of Osama bin Laden, US President Barack Obama has made an emotional return to Ground Zero to lay a wreath to commemorate the people killed in the 9/11 atrocity.

The tribute at the site of the World Trade Centre was the focus of the President’s visit to New York, arranged in the aftermath of the raid in Pakistan that culminated in the death of the al Qaida leader.

The President laid a simple wreath of red, white and blue flowers at the foot of the Survivor Tree, which was damaged in the September 11, 2001 attack but later freed from the rubble, Mr Obama stood for a moment’s silence.

He then hugged relatives of those killed in the terrorist atrocity, masterminded by bin Laden, and exchanged a few words of consolation with them.

His visit to New York came as the Archbishop of Canterbury admitted that the fact bin Laden was unarmed when he was killed by US special forces left him with a “a very uncomfortable feeling”.

Dr Rowan Williams, who officiated at the wedding of the Duke and Duchess of Cambridge last week, also criticised the way that the Obama administration had appeared to change its account of the raid. He said: “I think the killing of an unarmed man is always going to leave a very uncomfortable feeling because it doesn’t look as if justice is seen to be done.”

Dr Williams, speaking at Lambeth Palace, London, added: “I think it’s also true that the different versions of events that have emerged in recent days have not done a great deal to help.

“I don’t know the full details any more than anyone else does. But I do believe that in such circumstances, when we are faced with someone who was manifestly a war criminal in terms of the atrocities inflicted, it is important that justice is seen to be served.”