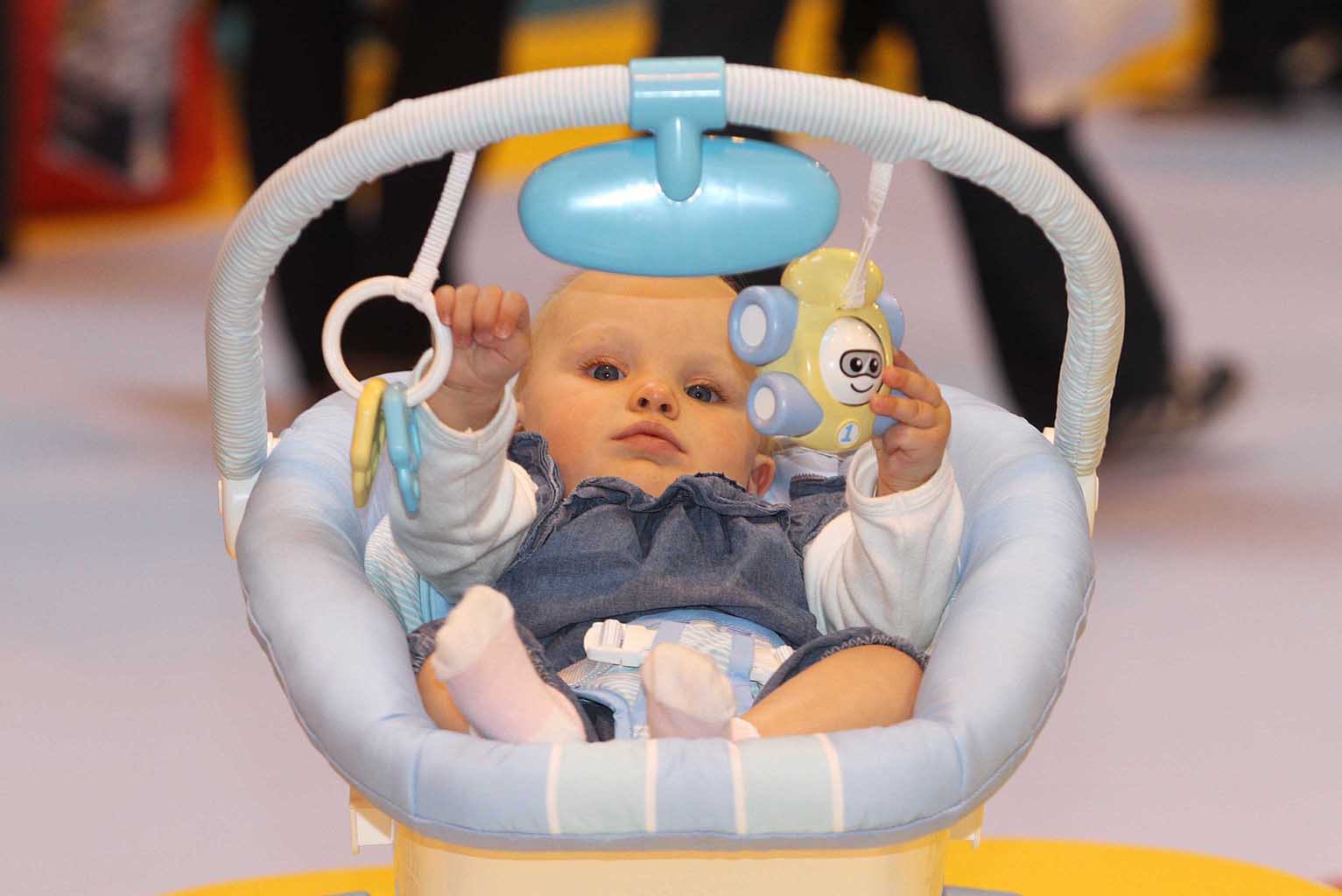 THE lack of sleep when you have a new baby is enough to drive anyone round the bend  –  quite literally as millions take to the roads in an attempt to rock their kids to sleep.

But one company has come up with a novel solution that should save thousands of road miles – a cot that acts like a car.

The age-old solution of taking a baby for a ride in the car still seems to be one of the most popular methods mums use to get their baby to drift off as over a third of new mums admitted in a survey to driving their baby around for up to 3 hours a week to get them to sleep.

So in order to save on time and petrol, the Cruisin’ Motion Soother uses motors in its base to rock the baby in a way that accurately imitates the motion of a car journey – right down to speed bumps in the road.

Authentic sound effects including the hum of an engine, window-screen wipers and birds singing also accurately recreates the journey for tired tots.

Fisher-Price today/yesterday (FRI) unveiled the first ever cot that replicates a car journey for babies at the NEC Baby Show, in Birmingham.

Jo Tantum, Baby Sleep Specialist said: “These research findings will help to reassure new parents everywhere that they are not alone when trying to get their baby to sleep. This year there were 43.7m internet search results for baby sleeping”

Child Development expert Dr Deborah Weber said: “Babies love constant noise and motion, it comes from the familiarly of being in the womb.

“For generations, parents have spent hours driving around the block to get a few minutes peace as their baby is calmed by the familiarity of a ride in the car. Finally they can do it from their own front room.”

The Cruisin’ Motion Soother comes with a bucket-like seat which holds babies snugly in place just like the feeling of a car seat. Parents can also switch on ‘car sounds’ such as the humming of an engine and other reassuring noises their baby will be familiar with from their daily trips in the car.
Mother of two Stephanie Brown, 34, said she thought it was a great idea. “The amount of time money I’ve spent over the years driving my kids around when they were babies to try and get them to sleep is amazing,” she said.

“This would save me no end of hassle, just to be able to do it from the comfort of my own home rather than having to jump in the car.”

The Soothing Cruiser has undergone hundreds of hours of testing by parents and babies in Fisher-Prices own baby labs and will be available from July priced at around GBP67.