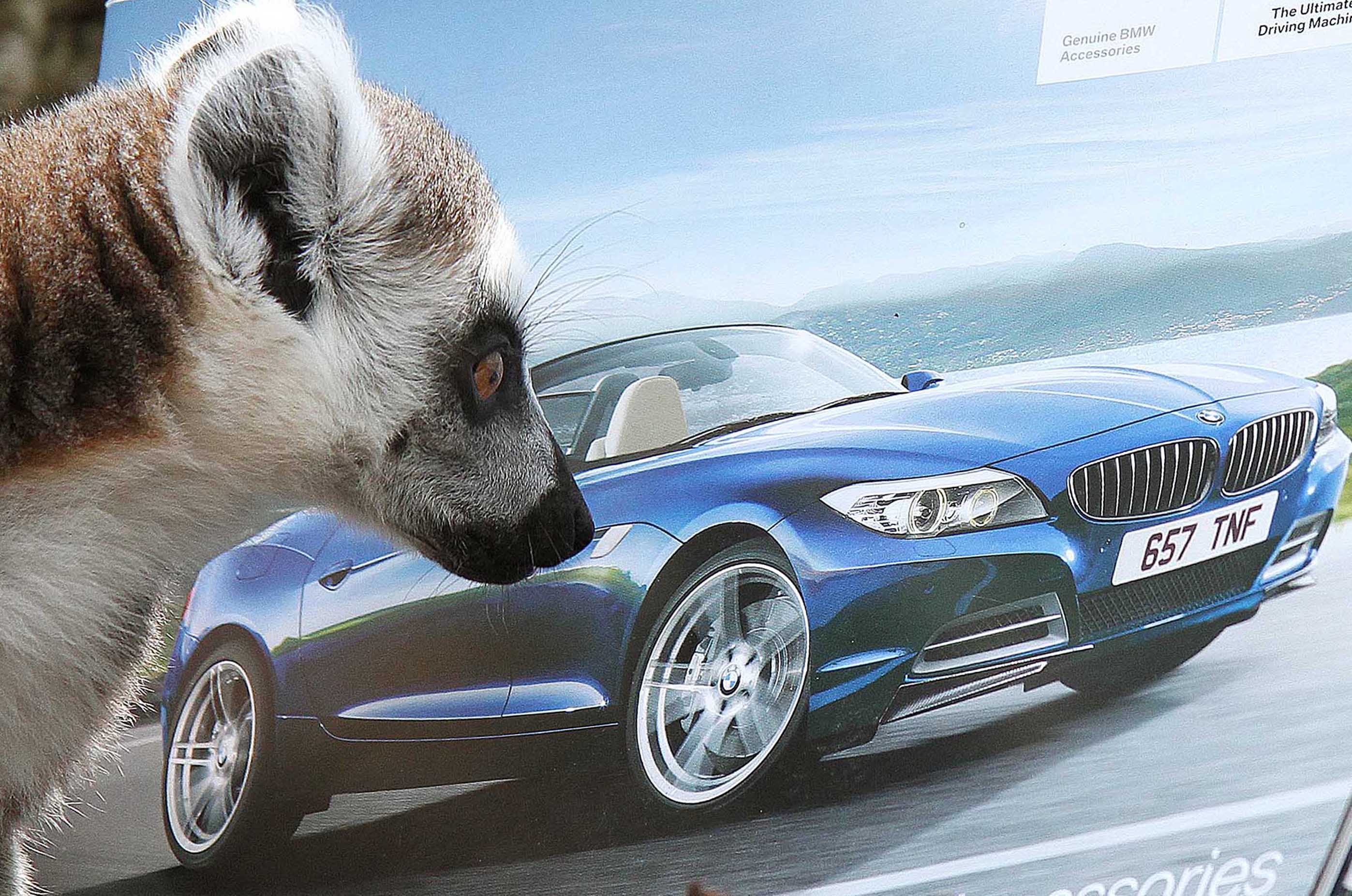 A PAIR of lemurs have shocked their keepers by taking a bizarre liking to BMW brochures.

Jim and Hilda stunned zoo-staff at Drayton Manor Theme Park, Staffs, by ignoring many of the items left in their enclosure for enrichment in favour of booklets of the shiny supercars.

And judging by these expressions, while one of them seems quite impressed at what they see – the male lemur looks a bit overwhelmed at the price-tag of the luxury car.

The ten-year-old lemurs can often be seen clowning about in their enclosure with their other fellow lemurs.

“We often put toy cars like Ferraris and Tonka Trucks in there as well as Formula 1 cars.

“There’s different books and magazines -including Top Gear, but they just love the BMW brochure.”

And according to their keepers, their penchant for luxury doesn’t stop there.

“Even when it comes to giving them stuff like ice-cream in the hot weather they want the best quality.

“We even threw an animal tea party last year to celebrate our 60th Anniversary and they ate only the finest biscuits, cakes and cucumber sandwiches.

“They are a picky bunch these lot.

“Hilda recently gave birth to twins in February – so maybe the pair were looking for a new family car.”

Joyce added: “It’s really important to enrich the lives of the animals in our zoo with activities and toys as it not only provides stimulation by adding something new to the surroundings, but it’s also a great source of fun for the animals and their keepers too.”

The zoo is popular with all ages and allows families the chance to relax away from the excitement of the theme park. It’s home to more than 100 animal species from around the world, including big cats, monkeys and primates, as well as exotic birds of prey and various reptiles.

Joyce added: “We want people to come and enjoy the lemurs but if you drive a BMW whatever you do don’t drop your keys into their

enclosure because you’ll probably never get them back.”