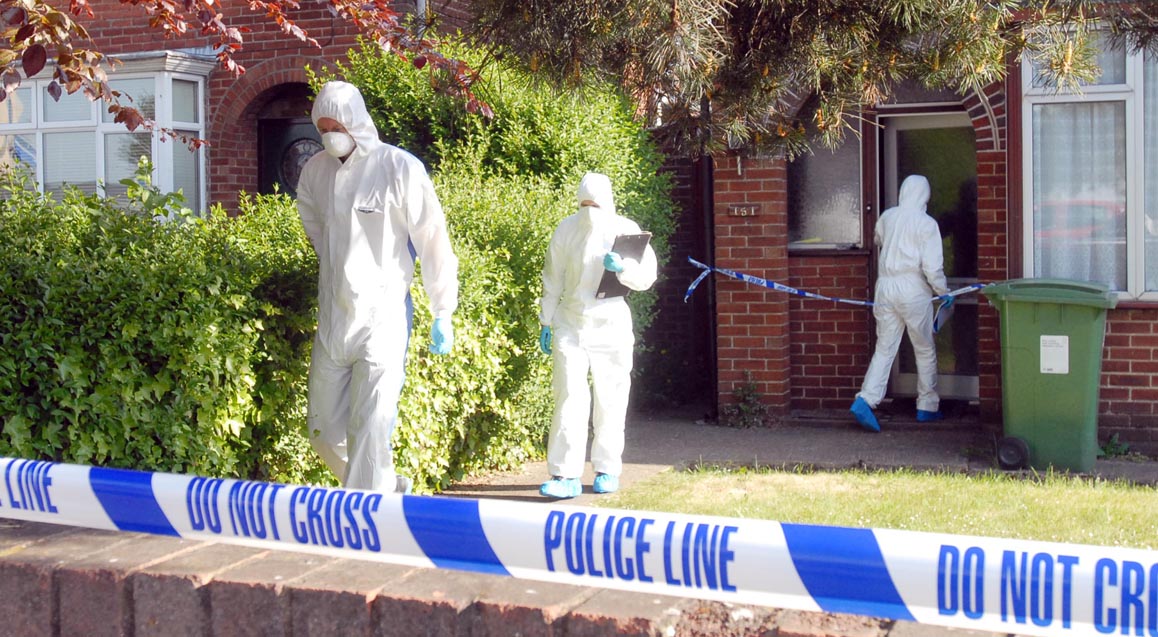 A MAN has appeared in court charged with stabbing his lawyer wife to death after an apparent row.

Jean Dunson, 47, was discovered by police at her house in Aylesbury, Bucks, after early-morning reports of a loud argument in the property were received by officers.

When police arrived they found Mrs Dunson was suffering from multiple stab wounds, and called an ambulance.

But despite efforts by paramedics to revive her, Mrs Dunson – who was also a qualified teacher – died shortly after they arrived on the scene.

Her husband Robert, 53, was arrested at the scene and later charged with her murder before appearing at court this week.

Forensic officers were seen gathering evidence outside the house that Mrs Dunson shared with her betting shop manager husband and their son, Alex.

Mrs Dunson had worked as a legal executive with firm Spratt Endicott in, Banbury, Oxfordshire, for 12 years.

She was also a qualified college teacher, having studied for a City & Guilds award.

Shocked friends and neighbours of the couple expressed their disbelief at her death.

Neighbour Jose Rico said the couple had lived at their home for more than 15 years.

“She was a lovely person, I’m still numb from it.

“You’d see them outside a lot in the summer, but you’d never hear them raise
their voices.

“They were a really nice couple, they’d just keep themselves to themselves.”

Mr Dunson, who lived at the address with his wife and son Alex, was charged on Friday.

He appeared at Aylesbury Magistrates Court the same day.

Dressed in a grey tracksuit, Mr Dunson spoke only to confirm his name and date
of birth.

The betting shop manager was at Reading Crown Court for a preliminary hearing on Monday.

After hearing about the tragedy, friend Josie Kirkpatrick said she remembered the victim as “a lovely person who I will remember with great affection”.