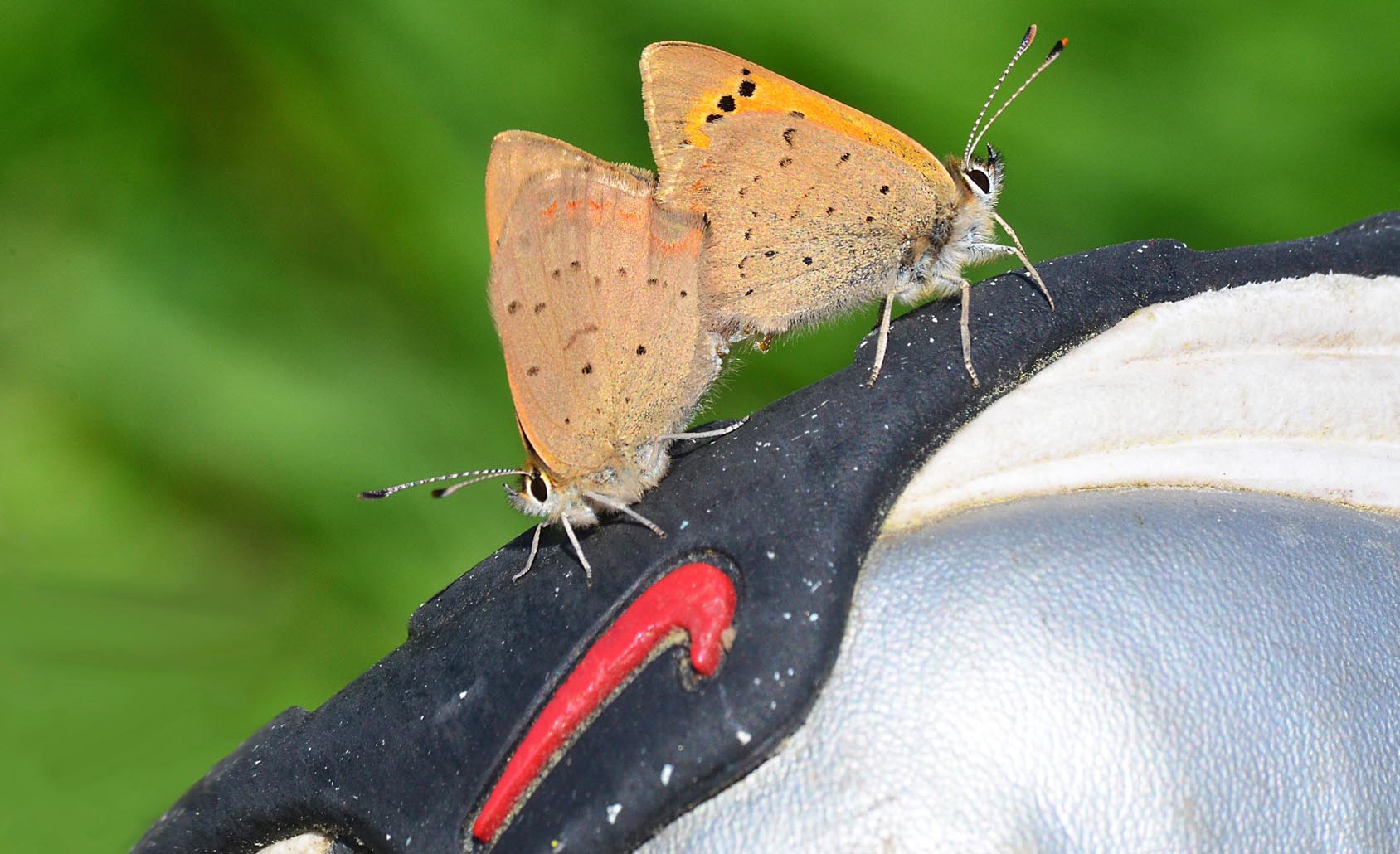 THESE incredible photos show the moment when a pair of butterflies touched down to mate – on top of a NIKE logo.

Photographer Van Greaves, 63, had been snapping the amorous pair when they decided to ‘Just Do It’ on his wife’s trainer.

It was Van’s wife who first spotted the Small Copper butterflies as they walked through the Worcestershire countryside near their Kidderminster home.

She pointed out the flash of orange to her husband, who started to photograph the butterflies as they were mating – or ‘pairing’ on a piece of grass.

It was at that moment that the butterflies decided to relocate to his wife’s trainer – right above the iconic Nike ‘tick’ logo.

Van said: “We were walking when my wife spotted this flash of bright orange and said ‘what’s that?’

“It was these butterflies and they were mating.

“The wind was blowing like hell but I managed to get one or two successful photographs of them on a piece of grass.

“Then they hopped onto her shoe.

“I thought ‘this is too good to be true’ and got down to photograph it.”

Butterflies mate back-to-back, and the process can last for several minutes, which gave Van enough time to get the incredible shots.

Using a mix of manual and automatic focus, he scrambled to get as many shots of the once in a lifetime scene as he could.

He said: “I was well concentrated, I can tell you.

“It’s breaks your back, you’re just moving bit by bit the whole time, but it was worth it.

“When’s anybody going to get a picture of two butterflies pairing on a Nike shoe again?”

Successful photographer Van, who has had 12 books of his work published, sent the photos to the sportswear giant in the hope that they might use them.

His latest project is a collaboration with  9 other photographers, who have travelled the UK to recreate legendary illustrator Alfred Wainwright’s landscape sketches.