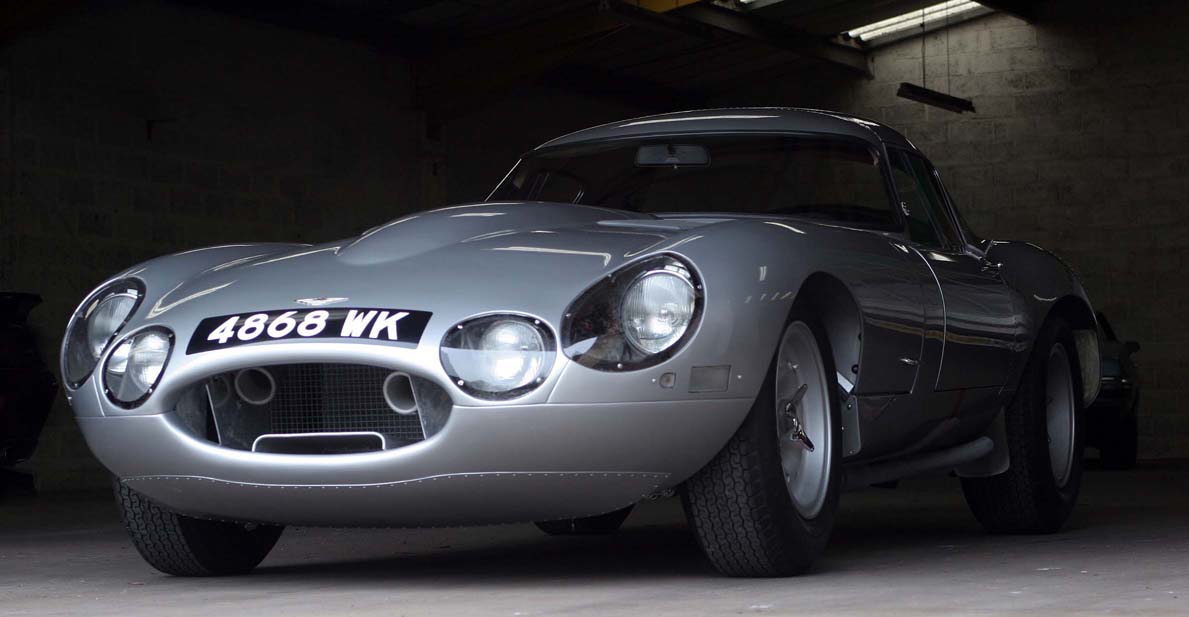 THE WORLD’S most expensive Jaguar E-Type has been unveilled worth a staggering £5 million after almost 50 years of restoration work.

After crashing on a French raising circuit in 1964, it was believed the unique lighweight E-Type was destined for the scrap-heap.

But following 7,000 hours of work – the car has been restored to its former glory using more than 90 per cent of the original parts.

Four years ago Peter Neumark through his Classic Motor Car business, CMC, in Bridgnorth, started the restoration from a large box of mangled metal parts.

Mr Neumark, the chairman of the company, said: “This is one of the most major restorations ever to take place in the world. Many said that it could not be done but we have proved them wrong.”

Driver Peter Lindner lost his life in the famous crash. Another driver and two marshals also died and the car was impounded for 10 years by the French authorities.

At the time cynics said the bulk of the parts had been so badly damaged it would be impossible to use them again, but Mr Neumark was determined to prove them wrong.

Some 7,000 hours later he and his team of dedicated restorers at CMC have put the car back into the condition that it was just before the crash.

The restoration was assisted by members of Lindner’s own family, who provided old photographs and cine footage of the car.

Each panel was flattened, repaired, reformed into the original shape and then the structure was riveted and spot welded together as per the original construction method.

“We tested the metal to see if it would weld and once we were sure it would we took the decision to completely restore the original body. It was a bit loopy really but it has all worked out and it was very definitely a labour of love,” added Mr Neumark.

“In fact I had to install more than GBP30,000 worth of welding equipment just for this one job.”

Experts say the importance of the all-aluminium car cannot be over estimated. It was one of only 12 lightweight E-Types built by Jaguar in 1963 and in 1964 it was returned to the factory in Browns Lane, Coventry.

In its preparation as Jaguar’s unofficial entry for Le Mans that year, Malcolm Sayer designed a special low drag body and work to the engine ensured that it was the most powerful Jaguar the competition department had ever produced.

It became the last competition car prepared by the factory.

Taking part in the unveiling was Norman Dewis, Jaguar cars’ famous test driver, one of the original driver’s nephews, the Frenchman who found the car in a garage ten years after it crashed together with the team that have dedicated their lives to putting it back together.

Mr Neumark said so much hard work had gone into restoring the car it was a vehicle he would never sell.

“This car’s restoration is a testament to the remarkable skills of very talented people in my own company and others in the West Midlands,” he added.