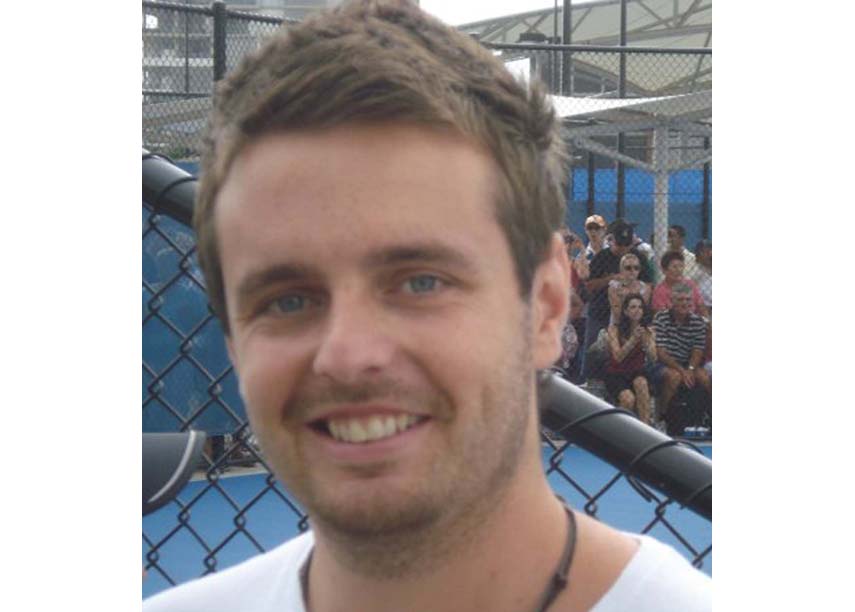 HUNDREDS of people have paid their last respects at the funeral of tennis coach James Cooper who was brutally gunned down in a Florida ghetto.

A day after his suspected killer was charged with murder, the popular 25-year-old was laid to rest in the quaint village of Hampton Lucy near to his Warwickshire home.

A nearby primary school playing field had to be converted into a makeshift car park to hold the hundreds of well wishes who came to the emotional service.

On a slightly overcast day, the sun began to break through the clouds as the funeral party arrived at the gothic-style church.

And just after the bells of St Peter’s Church struck 11 the coffin of Mr Cooper, covered in sky blue and white flowers – the colours of his beloved Coventry City FC – was taken out of the hearse by six pallbearers, dressed all in black.

Neighbours of the church stooped their gardening to pay their respects to Mr Cooper as his plain wooden coffin was lead into the church by family members.

A large bouquet of flowers was delivered alongside the coffin in the shape of James’s nickname ‘COOPS’.

Mr Cooper was killed last month in Sarasota, Florida along with his friend James Kouzaris while on holiday with his family. Shawn Tyson, a 16-year-old boy has been charged with their murders.

Tyson has been charged as an adult on two counts of first degree murder. The trial is expected within the next 18 months.

The authorities in Florida had previously admitted they were wrong to release Shawn Tyson after a previous offence, hours before he allegedly shot and killed the two friends, who were on holiday in the area.

He had been held after shots were fired at a car on 7 April and a judge said he was concerned the boy posed a danger to the public.

His warning was not passed on to a second judge who released him on 15 April.

Even weeks after the pair’s deaths, well-wishers continued  to swamp a Facebook tribute page with their messages of condolences.

In reference to the pairs funeral, Jennie Bartram Rowland, wrote: “I hope the sun shines down tomorrow and also on the 10th so that family and friends of both James’ may take comfort that they are watching them from heaven…I am so sad that this has happened to 2 such bright, vibrant and full of life young men. May they rest in peace and may their families take comfort from one another at this very sad time.”

While Yvonne Murray put: “Will say a prayer at 11am & think of this senseless loss of a wonderful young man. RIP.”