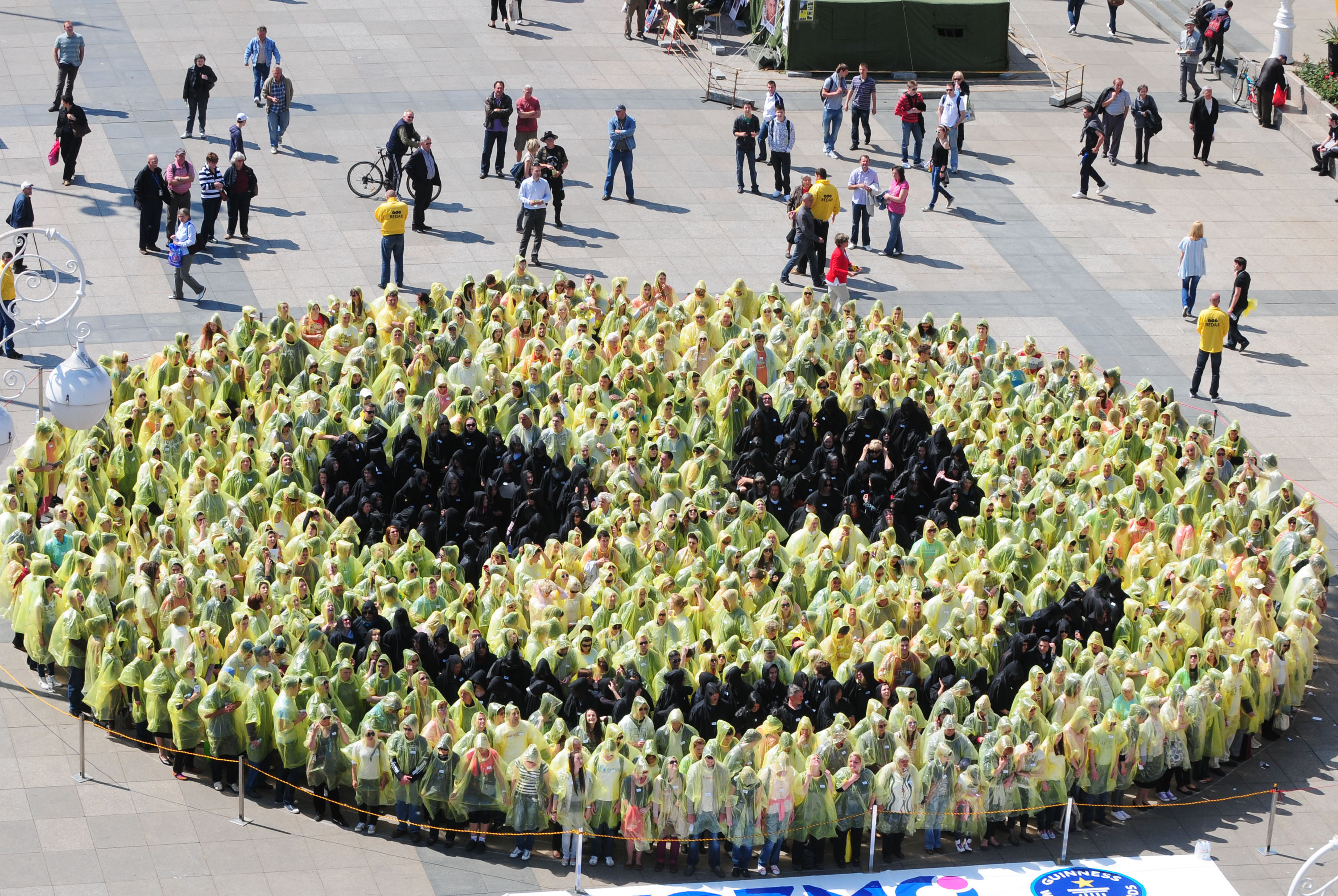 This crowd of up to 768 people dressed in waterproofs in black and yellow created the biggest human smiley in the world on Zagreb’s main square.

Their cheerful efforts have broken the Guinness World Record, smashing the previous record which involved 551 participants in the Latvian capital of Riga.

Strangely the Croatian city is also noted the setting for another unusual record – the most socks worn on one foot.

Krunoslav Budiselic managed to wear 150 in Zagreb, Croatia, on 13 November 2010.