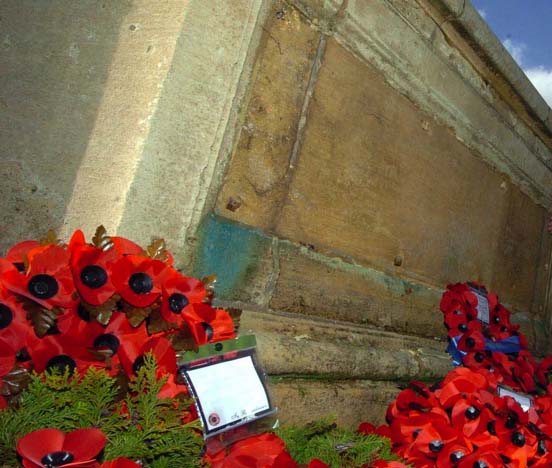 SHAMELESS thieves have stolen two metal plates bearing the names of dozens of war heroes from a memorial.

The memorial, in Wolverhampton, bore the names of dozens of soldiers who died during the First and Second World Wars.

It is thought that the vandals stole the metal plates over the weekend, before furious locals alerted the police to the thefts.

The plates were removed from the Wednesfield Village Memorial, in Wednesfield,  Wolverhampton, sparking outrage from veterans’ associations.

The latest thefts were announced by Wednesfield South Police on Twitter on Saturday evening.

The incident has been condemned by the Wolverhampton United Ex-Services Council, Wednesfield Royal British Legion and staff at nearby St Thomas’ Church, also in Church Street.

Ex-services council chairman John Mellor said: “I hope when those who have done it appear at court they are made to realise what a heinous crime it is.

“I am confident that they will be brought to justice.”

Angry locals reacted with disbelief and were quick to condemn the theft.

Pensioner Elsie Brown, 68, from Wednesfield, said: “How can they do something like this? The war memorial is supposed to be a celebration of people who laid down their lives for this country, and for them to be repaid in this way is disgusting.

“When they were fighting fifty years ago for the freedoms that young people enjoy today, I very much doubt that they expected them to be abused in this way.

“It’s a disgrace, and even more so when you think that whoever took the plaques is probably just going to try and sell them on for a quick buck.

“I hope no-one is unscrupulous enough to give them any money for them.”

The attack comes seven months after members of the city’s Burma Star Association were left in tears after a 14-year old female vandal from Dudley sprayed obscene pink graffiti on the cenotaph, in the grounds of St Peter’s Church.

One thought on “Plates stolen from Wolverhampton war memorial”