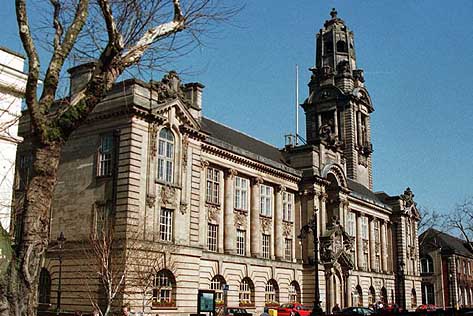 A LAVISH council paid for a washing machine, dining chairs and a GBP2,006 stay at a hotel using taxpayer-funded credit cards, it has emerged.

Figures for Walsall reveal it spent GBP515 on 10 dining chairs from Bhs and GBP500 on a washing machine from Comet.

There was also GBP2,006 spent at the Hotel Caravel using grant funding for the Daphne Project, a European Union scheme to tackle domestic violence. It is not clear which country the hotel is in but the cost was incurred in December.

Other councils have yet to respond to a request for information.

Walsall’s finance chief Councillor Christopher Towe said today/yesterday (TUe): “I will ask my finance team to provide some further details of this.

“I introduced rules that said any expenditure had to be clearly defined as important and necessary.”

Walsall’s finance officers will not be back in until tomorrow because today is still classed as a bank holiday for Walsall Council staff.

Sandwell’s spend included GBP10,635 on legal fees, with the rest on training and maintenance.

The fees were for court administrative costs, vehicle testing and breakdown cover for council-owned vehicles.

The largest single spend on a credit card was GBP16,000 in November 2008 for an operator’s licence.

Sandwell Council finance boss Councillor Steve Eling said: “There’s nothing on our credit cards that shouldn’t be there.

“We introduced credit cards a number of years ago to save costs. They are for small-scale purchases.”

Councils by law have to publish regular lists of items of spending above GBP500.