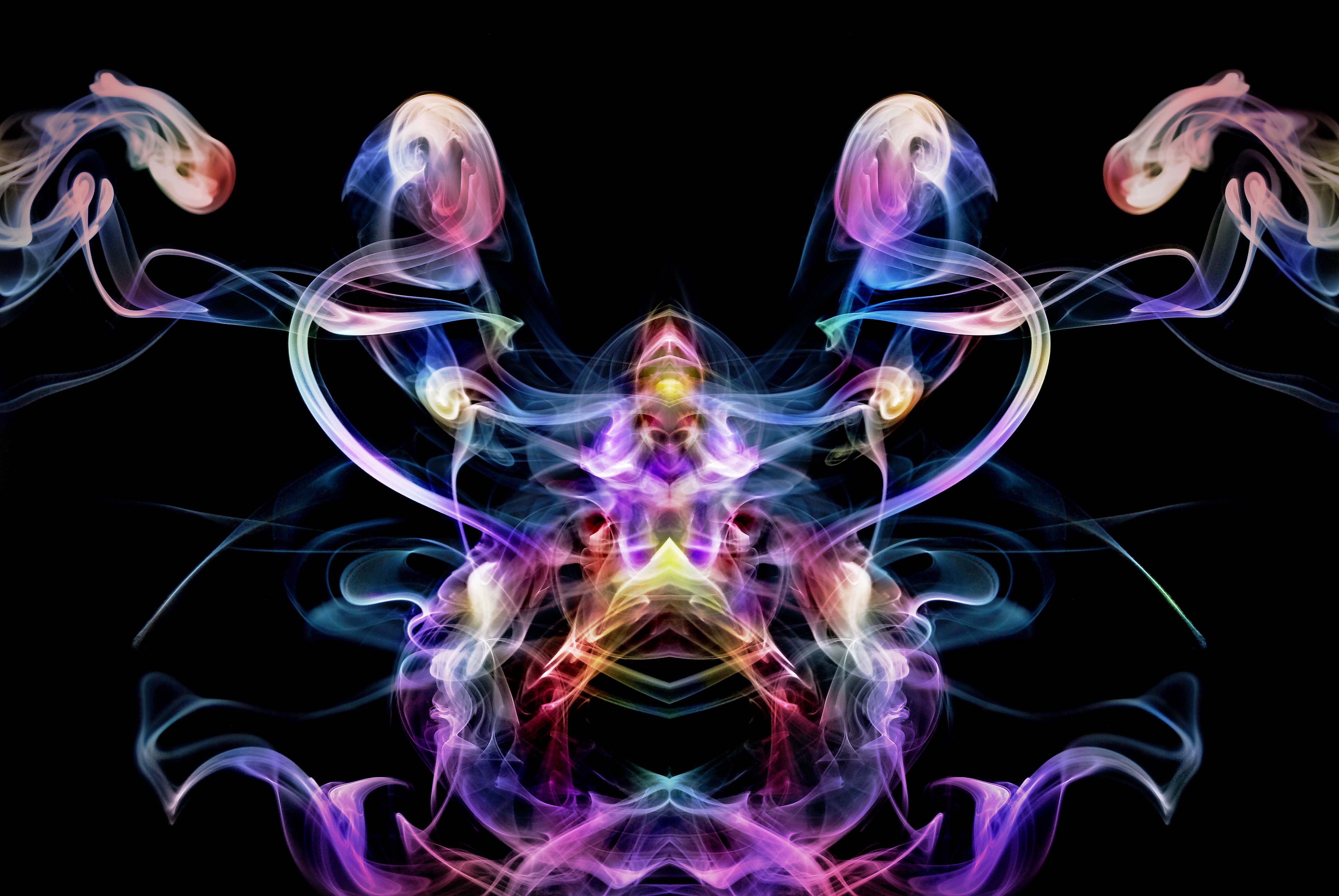 SMOKE and mirrors have long been the preserve of magicians, but one amateur photographer has taken advantage of the concept to produce these stunning images.

36-year-old Jay Payne, from Burnley in Lancashire, makes the extraordinary images using incense sticks, his camera and photoshop, all in his living room.

Jay says he darkens his living room and lights an incense stick to create the pictures, setting up his ordinary Digital SLR camera and using a manual flash.

He then mirrors the images on photoshop before adding the colours in to pick out the details of the picture better from the black background.

The pictures pick out images from the smoke from nowhere, with little manipulation.

Faces can be seen in the middle of the mirrored images that have been produced just by an effect that replicates the process of putting a mirror next to the smoke.

“I just set it all up in the living room with some incense sticks I’ve bought and take some pictures,” said Jay, a service delivery manager.

“I focus the camera on the smoke and keep the shutter open for about a second to get the pictures.

“Then I put them through photoshop, the whole process takes a few hours in total.”

Jay can take thousands of pictures in a session before finding one that looks right, and has taken the concept further with a series of pictures depicting oval shapes, sweeping the smoke around in a circle.

He first began producing the images in February 2008, having seen a similar technique online and has recently managed to sell a few of the pictures.

“The images are fascinating because what I pick out as the image might not be what comes through to anyone else,” he said.

“I don’t know what I’m going to see until I mirror the pictures, it’s a matter of waiting and seeing. Sometimes the mirror means a face or an image comes through seemingly out of nowhere.

“Some of my friends have said they reckon there’s a demon in my PC because it pics out these demonic images.”

Jay took up photography as a hobby over a decade ago and uses it as a way to relax outside of work.

“I started doing weddings and christenings as a hobby. I’d love one day to be able to make photography my full time job,” he said.