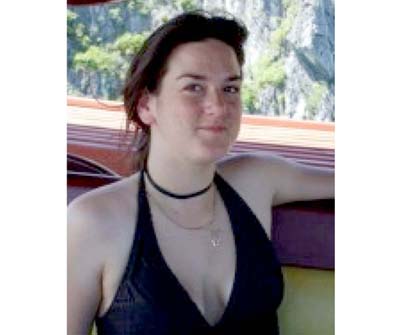 A RELIGIOUS education teacher has been struck off indefinitely after admitting to a sordid sex encounter with a pupil.

Erin La Porte, who taught RE  at Princes Risborough School, Bucks, was struck off indefinitely by the General Teaching Council after a panel heard she had slept with the youngster during her year-long tenure.

La Porte confessed to a colleague during a trip to Vietnam that she had slept with the youngster – known only as ‘Pupil A’ – in July 2007.

Upon their return, her shocked teacher reported her to Pete Rowe, head of the school.

Police were called to investigate, but no action was taken against the teacher, who was 26 at the time.

The panel warned she might repeat her behaviour if she was allowed to continue teaching.

Princes Risborough head Pete Rowe has said he was satisfied with the outcome.

A committee ruling said: “This was a serious instance of unacceptable professional conduct where a lesser sanction is not appropriate.

“The conduct is fundamentally incompatible with Ms La Porte continuing to be a registered teacher.

“Given the lack of insight demonstrated by Ms La Porte, the committee is not satisfied that she does not pose a significant risk of repeating the behaviour.”

The GTC heard that La Porte had been warned by two teachers that she should maintain ‘professional boundaries’ with the youngster, who was a male over the age of 16, before she slept with him.

The ruling continued: “Ms La Porte should have realised the implications of her actions for Pupil A, pupils in general, the school and the teaching profession.

“We are not satisfied that she has demonstrated sufficient insight into the serious implications of her relationship with Pupil A.”

La Porte was struck off the Teaching Register indefinitely, and told she cannot apply to re-register for at least four years.

She was not present at the hearing, held in Birmingham on Wednesday.

The panel heard that La Porte was employed at the school between September 2006 and September 2007 as a newly-qualified teacher.

In September 2007 she went travelling to Vietnam with fellow Princes Risborough teacher Zettie Taylor, when she admitted that she had slept with the youngster that July.

Mrs Taylor reported it to Mr Rowe, and on August 31 2007 La Porte confessed to the relationship to the headmaster.

After an investigation carried out by deputy head Wendy Mason, the teacher was suspended, and on September 18 that year La Porte was dismissed for gross misconduct.

The GTC report stated: “The conduct arose out of Ms La Porte’s professional duties, and the committee consider that her failures had the potential to affect pupils.

“Ms La Porte has not expressed regret or apologised for her actions in these proceedings.”

A statement from headteacher Mr Rowe said: “Over three years ago, a teacher behaved completely unprofessionally and the school acted swiftly, correctly and robustly following local authority guidelines and with support of the relevant teacher union.

“The GTC have considered the case and come to a considered judgement on it.

“Both the teacher and the student were offered appropriate support throughout the investigation and its aftermath.”

And he added: “This incident, however unfortunate, reflects well on our willingness to always professionally address any and all areas of concern.”

It is believed that La Porte moved abroad after leaving the school.

One thought on “RE teacher admits sleeping with a pupil”