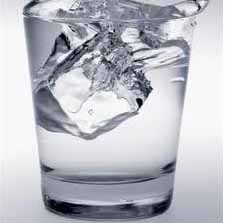 A MAN died after downing a bottle of vodka in a GBP200 bet with his best friend, an inquest heard.

Factory worker Zdenek Lin finished almost all of a 70cl bottle after placing a wager with Michael Casey that he was strong enough to drink it.

The following morning, the 28-year-old was found dead on the living room floor of the home he lived at with his friend, in Blakenhall, Wolverhampton.

The inquest at Wolverhampton Coroner’s Court heard that on October 24 last year, Mr Lin and Mr Casey were out drinking at a pub in Wolverhampton before returning home.
Mr Casey told the inquest that the pair then decided to get alcohol from a nearby garage and carried on drinking back at the house.

While at home, Mr Lin drank “most” of the 70cl bottle of vodka after having a bet with Mr Casey, before drinking Malibu and then Red Bull. “He stopped when there was nothing more to drink,” said Mr Casey.

Mondays inquest heard that shortly after, Mr Lin, from the Czech Republic, had fallen asleep in the bathroom and was helped downstairs by his friend.

Mr Casey said: “I had to help him from the bathroom to the living room because he was not able to walk.

“I left him in the living room lying on his side and gave him a sleeping bag and blanket.” The court was told that the next morning, Mr Lin’s dead body was discovered by Mr
Casey’s wife and daughter, lying face down on the living room floor.

Having carried out a post mortem examination, Dr Manel Mangalika said that in her view,

Mr Lin’s airway had been blocked by his tongue because of the position he slept in.

Recording a verdict of accidental death, Coroner Richard Allen said: “It seems to me from the evidence that the root cause of his death was the amount of alcohol he consumed that evening.”