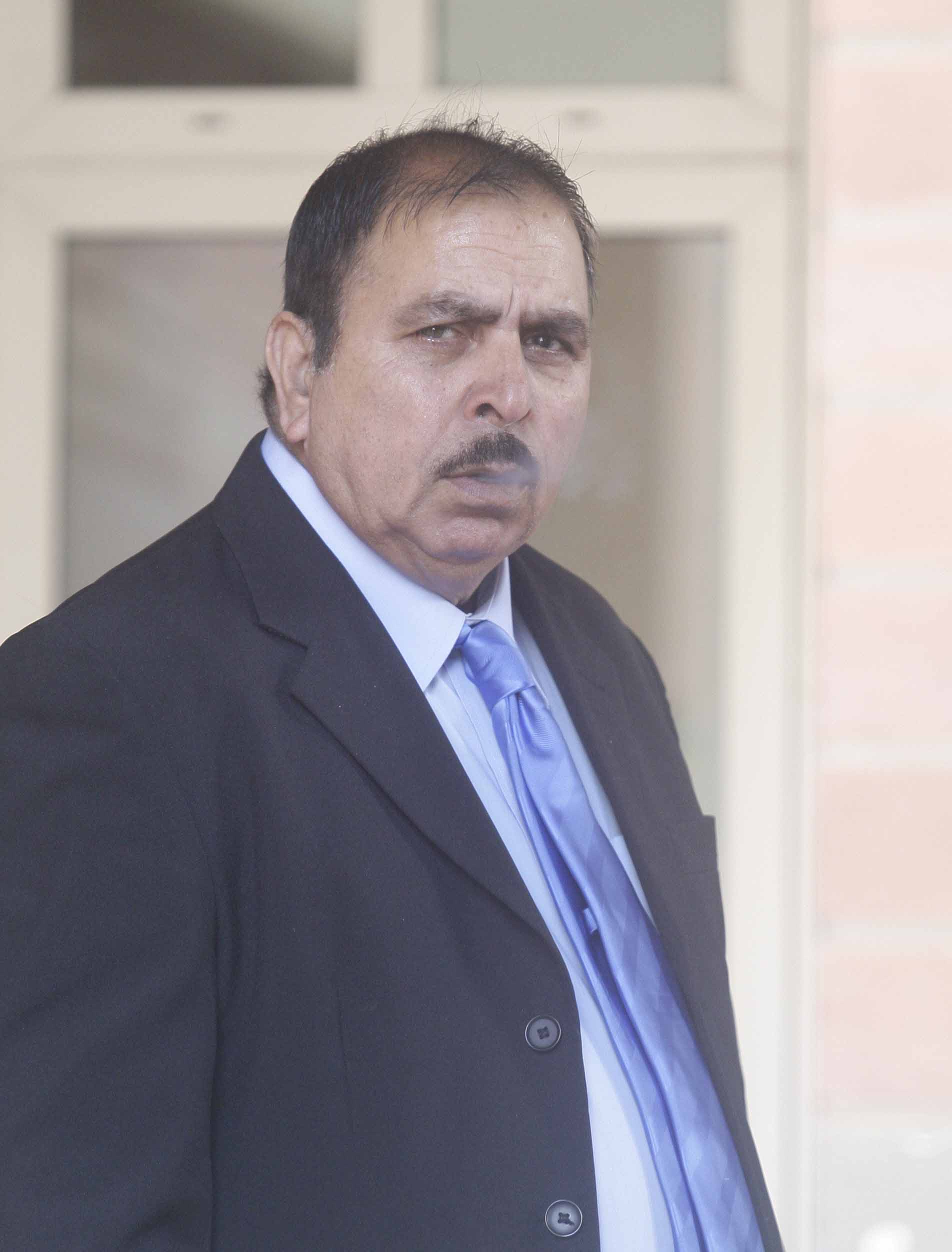 TEENAGE girls being pimped out and sold as sex slaves had to be smuggled into houses used as a brothel by a gang of men because ‘Asians can’t hang around with white people’, a court has been told.

Seven teenagers, including a 13-year-old, are said to have been in the clutches of a child prostitution ring for two years in Telford, Shrops, headed up by brothers Ahdel Ali, 23 and Mubarek  Ali, 28.

They were showered with gifts and food including mobile phones and pizza, plied with booze, cannabis and cigarettes in exchange for sex with the men, whose ages range from 21 to 59.

Nine Asian men – six of whom are married and one is a grandfather – are accused of a string of sickening child prostitution offences and charged with 47 counts of trafficking, raping and sexually abusing the school girls.

Stafford Crown Court heard sordid details of how the girls would be sneaked into houses by climbing over walls, into windows and down alleyways.

On one occasion Adhel Ali’s wife was alleged to be just on the other side of a fence where he had slept with one girl in his car. One victim told the police: “Asians can’t hang around with white people.”

39-year-old Tanveer Ahmed even sold one girl, known only as victim ‘A’, to three Bengali restaurant workers in exchange for petrol money so he could drive her from Telford back home to Stafford in 2009.

The jury heard that Adhel Ali, known as Eddie, made lewd references in Urdu to victim ‘C’, suggesting they have sex by saying ‘Lully’.

He also told her to look more mature, sending her a text which read: “Yeh, well go on. I’ve finished with my b**ch, it’s your turn now, go on and get yourself ready and that, make yourself look older.”

Talking about victim ‘C’, prosecutor Deborah Gould said: “The prosecution says that Eddie deliberately identified and then targeted this girl who was young, naive and vulnerable.

“The Crown ask, what possible interest could a 20-year-old working man, a man in a traditional Pakistani household not then married but destined for a prearranged marriage to a chosen bride who was still resident in Pakistan, have in a 13-year-old school girl.

“Their lives, cultural backgrounds, ages and interests were wholly incompatible.”

Grizzly details of how the men treated the youngsters were laid bare in court with jurors hearing how a 13-year-old girl was slapped, raped and called ‘dirty little bitch and slag’ by Mohammed Ali Sultan, 24, when she called him dirty after she refused to perform a sex act on him.

It was alleged others were threatened with violence while in the grip of the gang. It was also claimed  Noshad Hussain, 21, had recorded Eddie having sex with one girl and was sending it to people.

Some of the defendants were in contact with the girls on a daily basis, the court heard.

Referring to victim ‘F’, Miss Gould added: “Constant communication, expressions of interest in her and flattery are a powerful combination for a teenage girl.”

Abdul Rouf, 34 and the oldest defendant Mohammed Younis, 59, are accused of using their homes as brothels to allow men to engage in sexual activities with girls.

When Younis’ flat was searched by police in December 2009, a bedroom which had a lock on the door contained condoms, pornography and imitation Viagra tablets.

Miss Gould continued: “The prosecution says that by allowing his premises to be used for that act to occur, Mohammed Younis was facilitating child prostitution. T (Tanveer Ahmed) knew to come to his home. He brought (the victim) there and arranged for her to prostitute herself while Younis was present.

“The prosecution says that their premises were being used in effect as brothels, places where men could have sex out of sight with young females.”

All were sat in the dock, with some using interpreters to translate the proceedings.