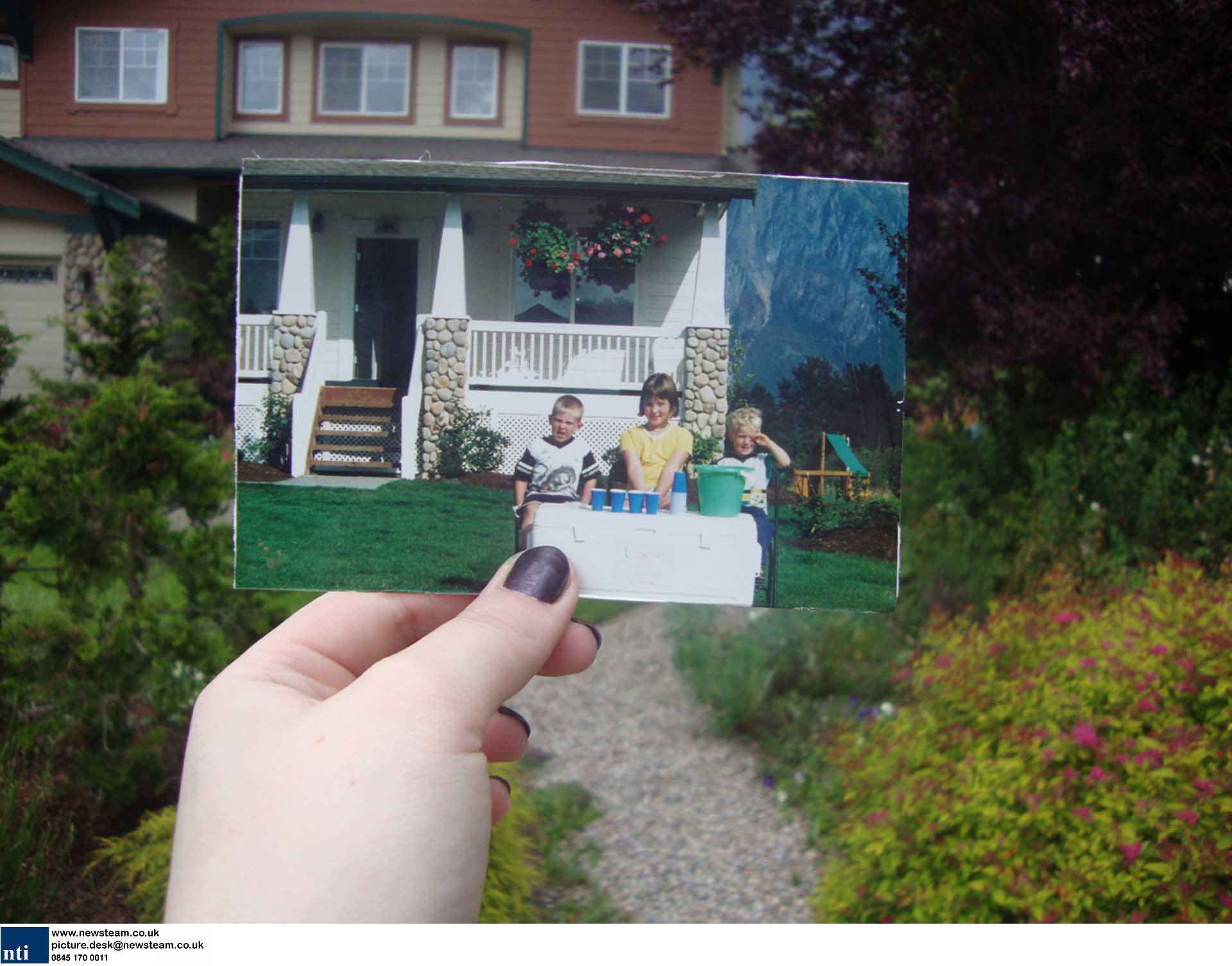 WE’VE all had a look at an old photograph to see how landscapes have changed, but one artist has taken the concept to a whole new level. 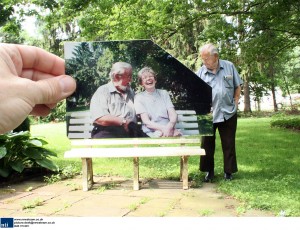 began taking photos like these in May and has already had over a quarter of a million hits on the blog showcasing the pictures.

His ‘pictures of pictures from the past … in the present’ are created by overlaying old scenes in a photograph on the modern background and snapping away.

The result is a selection of poignant pictures of memories and people at the places they
loved whether it be a family home or a favourite holiday location.

Taylor, from Ontario, Canada, only bought the domain name dearphotograph.com and posted the shots on May 24. Each of his picture-on-picture creations carries a cutline that adds context and meaning.

In many cases the pictures show that the changes over decades are very subtle, the odd change of shrubbery, a slightly altered path, showing how little our homes change when we live in them for a long time. 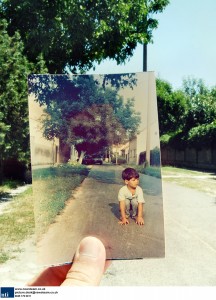 “Then I went back into the album to find about five or six more photos from around the house and did the exact same thing and took the photos. Posted them to the blog, added the “Dear Photograph” captions, sent to a few friends, and the rest is now history.”

Taylor had no idea how far his idea would take him, he now faces book deals, has over 2,000 followers on Twitter and has been listed on TIME magazine’s list of best blogs in the world.

The pictures sent in by users never come with detailed descriptions, Taylor leaves the pictures to tell their own stories.

“No one really goes deep into detail about the picture,” added Taylor, an advertising graduate.

“They send a single line, and that tells the story of the picture usually. It’s incredible at how much emotion you can feel just from the relation of the photograph and the caption.”

For Taylor, who in the rest of his spare time collects Guinness World Record Books and vinyl records, the blog has been life changing. As well as a book deal he is working with screenwriters to turn the idea into a TV series.

“I don’t even remember thinking of the name, Dear Photograph, I guess it all kinda happened.”