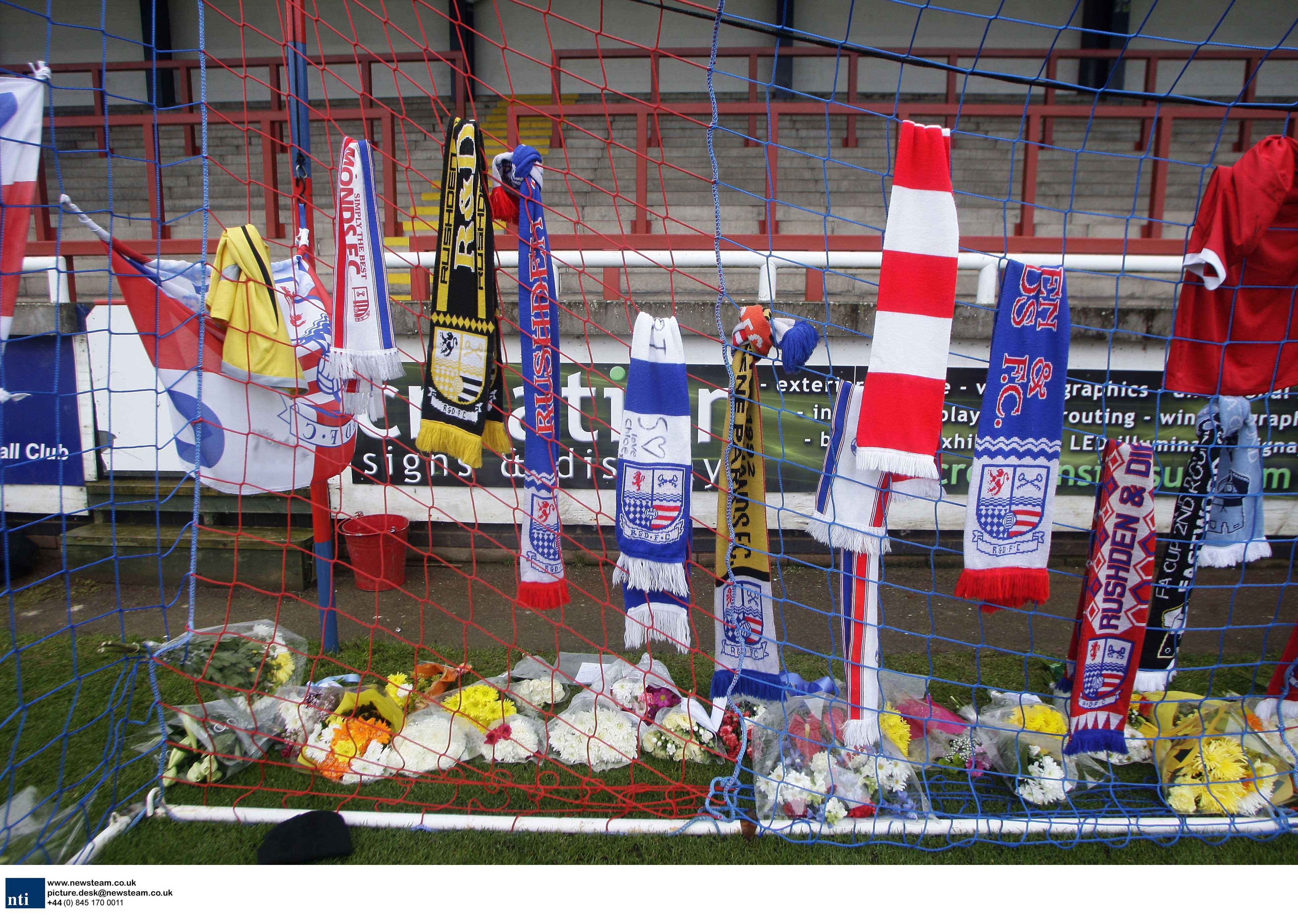 POLICE have launched a fraud inquiry into a memorial fund set up by a football club for tragic goalkeeper Dale Roberts – who hanged himself after his fiance had an affair with John Terry’s brother.

Rushden and Diamonds FC – recently expelled from the Football Conference – set up a fund to pay for the goalkeeper’s funeral but police yesterday/today (WED) confirmed it was investigating an allegation connected with an account set up for 24-year-old’s family.

The likes of Gary and Phil Neville are believed to have contributed GBP3,000 to the fund for Roberts after he took his own life when his 25-year-old partner Lindsay Cowen had an affair with his Rushden and Diamonds team mate Paul Terry.

The football club – who are currently facing financial turmoil – are being investigated after around GBP2,000 was not ‘correctly accounted for’.

Diamonds set up the memorial fund in January to help the family meet funeral costs after popular Dale took his own life. The nature of Dale’s death meant all insurance policies were null and void.

Northamptonshire Police said an investigation has been launched following a complaint made to them at Wellingborough Police Station.

The investigation is at a very early stage and no arrests have been made, cops said.

Mr Beasant said: “This is getting out of hand and I find it totally vile what is being said.

“The account was set up and those details were published at the time.

“The single biggest donation was GBP3,000 from the Neville brothers, Gary and Phil. The GBP6,000 funeral costs were paid in full. We had a problem with cloning and around GBP2,000 was taken from the account, which Barclays replaced.

“All our accounts have been frozen. All of the money which has been put in that account has been fully accounted for.

“Any surplus will solely be used in that boy’s name.

“I guarantee that any money left will be used for that purpose.”

The Rushden & Diamonds Supporters Trust donated GBP1,500 to the fund, but sent the cheque directly to the Roberts family.

Trust board member Cheryl Freeman said: “All of the trust’s donations were sent directly to Dale’s mum because we knew it would not get there otherwise.

“You just think it is the lowest of the low if it has happened. I’m glad the police are looking into it.

“It is horrible for his family. They will be reeling for years and this is just going to make it all raw again. I’m just hoping it is not true.”

A police spokesman said: “An allegation of fraud in relation to the Dale Roberts Fund has been reported to Wellingborough Police Station and is currently under investigation. No arrests have been made to date.”

David Cairns, who has carried out fundraising for Dale Roberts’ family in the north east, told reporters the family was aware of the allegations but did not wish to comment.

Roberts killed himself in December last year after Lindsay left Roberts that May after Terry slept with her while staying at the couple’s home.

Distraught Roberts refused to play alongside his cheating team mate at the club and Terry was swiftly released and joined Darlington.

Paul is the elder brother of Chelsea and England footballer John Terry. His fling mirrors that of John’s alleged affair with Vanessa Perroncel, ex-girlfriend of the star’s England colleague Wayne Bridge.

Heartbroken Dale said at the time of the affair: “It’s true, she told me she’d been seeing Paul.

“‘We’ve split up. I’m trying to get my head around it all, it’s only just happened. I’m a bit messed up.

“It is bad enough she’s done it at all but the fact that it is with him, one of my team-mates, makes it that much harder to bear.”