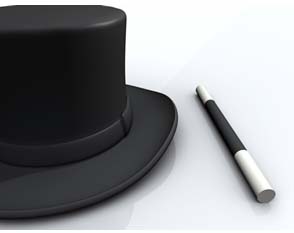 A MAGICIAN was thrown out of a bar and quizzed by police – for bending a fork!

Paul Fisher, who goes by the stage name Paul Saint, was given his marching orders by a burly doorman after performing the trick for friends at Apres bar in Lichfield, Staffs.

“I tried to tell the bouncer that the forks were my own, but he wouldn’t listen,” said Paul, 35, by day a driving instructor from Pelsall, West Midlands.

“I always take a few props out with me and perform for friends. I’ve never had this reaction before.”

Moments after being turfed out, he claims a police van raced to a halt beside him and he was told to get inside in connection with the incident.

“It was completely over the top,” said Paul, who has been a part-time magician for 10 years and performs at corporate events.

“I was only having an innocent drink with a few friends.

“I was told to get out and the police were called. I wasn’t given any sort of explanation or told to put the forks away.

“The police vehicle came screaming up the street and an officer jumped out.

“He said he’d had a complaint about me bending up some forks. I told him they were my own forks and was about to get some out of my pocket when he told me to get in the van.”

Paul, who added that he was completely sober at the time, was driven back to Apres and made to wait in the van while the officer spoke to the doorman.

“He spoke to the bouncer, having a laugh and joke, and then did a background check, which came back all-clear,” he said.

“The officer then let me go.

“I was astonished that there was all this fuss over a few forks, which I happened to own. I was performing this trick in front of my friends.

“I just can’t believe the way I was treated. The bouncer seemed to think that I’d been in there before, but that was the first time that I had ever set foot in the building.

“I think they were just having a laugh at my expense and trying to make me look like a fool. Since when has it been a crime to bend a few of your own forks to the amusement of your friends? I had contained the tricks to just my group.”

He added: “I’ve done impromptu performances in pubs before and never been banned for it. Bringing in a magician adds value to a person’s night out as it’s entertaining.

“I am shocked that Apres would react like this. All I was doing was showing a few friends some tricks.

“They completely ruined our night. It’s not as if I was drunk and disorderly.”

Fiona Williams, director of Apres, claimed that the fork was a security issue – despite the bar serving food and having its own supply of cutlery. She said: “It is our policy not to allow objects into our venues which can be a danger to the general public.

“That man was not organised as a magician, nor did he announce himself or his intentions to perform as a magician to our doorstaff or management.

“Our actions were conducted in the interest of the public. We have to protect our customers and knives and forks are a security issue.”

A Staffordshire Police spokesperson said that no record of the incident had been logged.