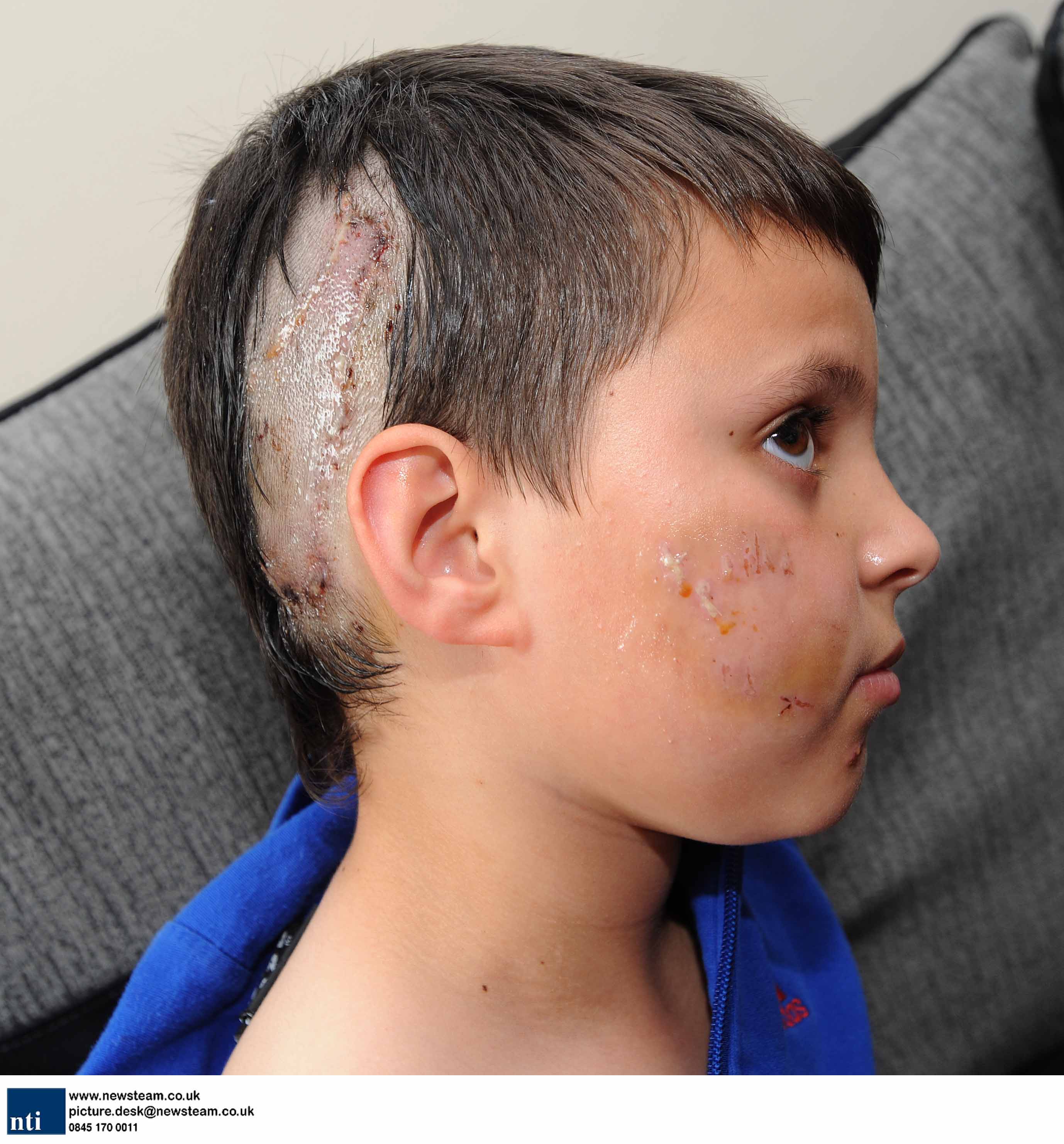 AN eight-year-old boy is ‘lucky to be alive’ following an horrific mauling by a dog considered to be one of the most intelligent and loyal breeds.

Little Cameron Whithers was playing with the Border Collie at a relative’s house when the animal went for him in an unprovoked attack.

The dog, named Dexter, locked its jaws onto Cameron’s head and bit his face, arm and fingers. Only the quick actions of his dad Wayne saved him.

He needed surgery following the mauling and has been left with scars on his head.

Cameron’s mum Sarah Edgington, 36, said her son was lucky to be alive following the incident at his great-aunt’s home in West Bromwich, West Mids, last Saturday.

She said: “It was absolutely horrendous. He was just playing catch in the back garden with his dad and the dog just went for him.

“His dad saved his life but we were so close to having to go to his funeral.”

Cameron was taken to Sandwell Hospital following the incident and was later transferred to Birmingham Children’s Hospital for surgery.

He is now recuperating at home on the Sandwell-Walsall border in the Midlands.

Miss Edgington said: “He is still in pain but his big brother is looking after him and we have been given creams to rub into his scalp to ease it. It is horrific.”

The mother, who is separated from 29-year-old Mr Whithers, said she is upset that no action is being taken against the border collie involved.

She said: “The police have said that because the incident took place on private land there is nothing they can do and Wayne’s aunt does not want to give up the dog so it is just carrying on as normal.”

She added she is considering giving up her own dog – a Pomeranian named Amber – even though Cameron has lived with the animal for four years. She said: “I have put her in a cage because I am just so afraid now.”

Border Collies  considered to be one of the most intelligent dog breeds. Although their primary role is that of the working stock dog, dogs of this breed are becoming increasingly popular as pets.