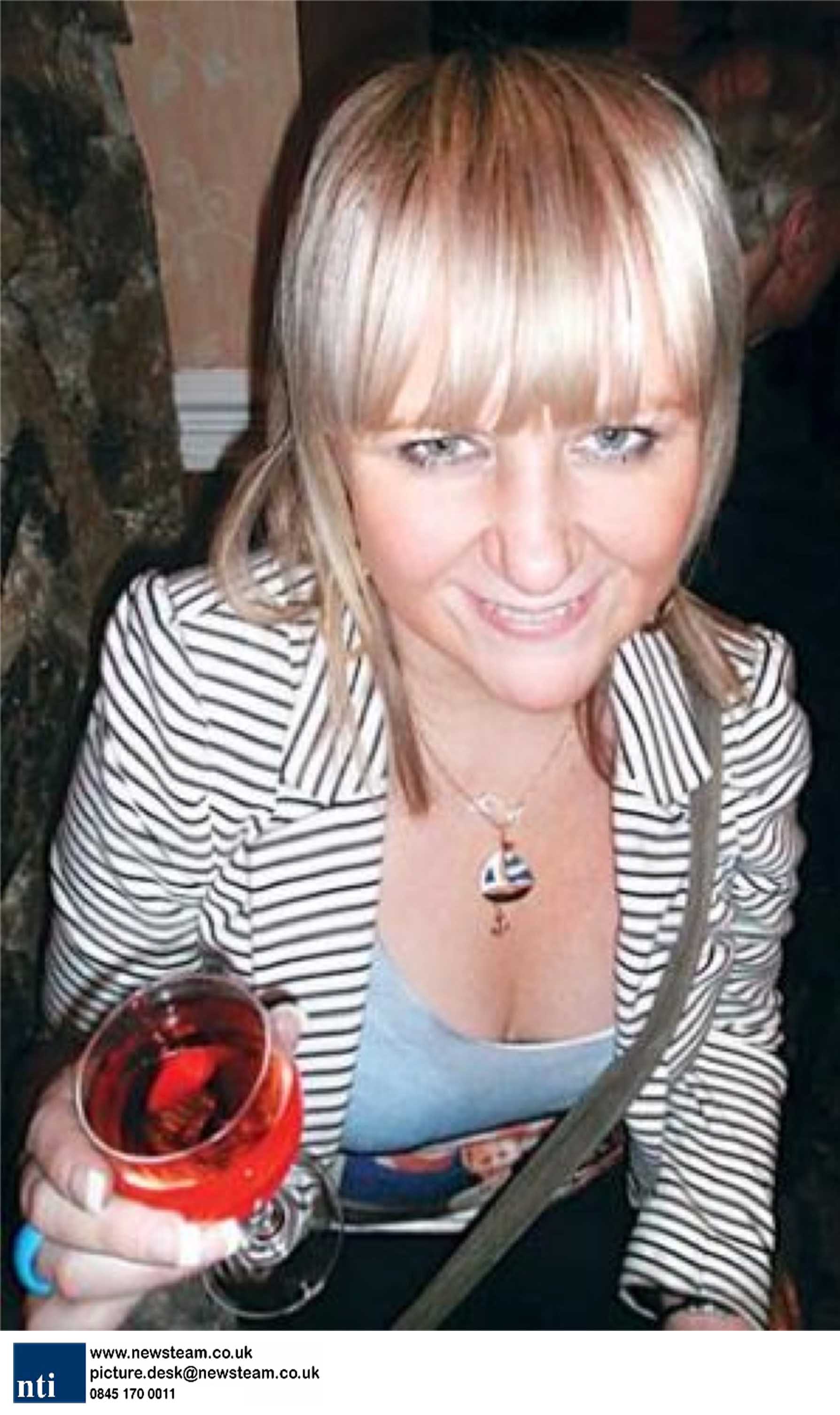 A POPULAR pub landlady died just days after falling over in high heels during a night out.

Tragic Sian Thomas even wrote on her Facebook page following the fall: “had a good night for jenny’s leaving party … but slipped over in my heels and been to A AND E and i have bruised the bone on my knee !!! in agony , cant walk :(…”

The 38-year-old’s message implied her injuries were painful but no more than bruising – but days later she was dead.

At an opening of an inquest into her death on Monday Worcestershire coroner Geraint Williams reported that Miss Thomas, who ran the Berkeley Arms in Spetchley, Worcs, had developed an embolism following the fall.

The Facebook message left at 12.26pm on Tuesday, June 7, was to be her last as she was suddenly taken ill at her partner’s house and died the next day.

Friends replied to the message with comments such as ‘hi sianey well that was silly wasn’t it’ and ‘hope ur ok’, but after tragedy struck dozens of people flooded her page with tributes.

One friend said: “Sian my lovely, I can’t believe your gone, So many great memory’s (sic), I’ll never forget you x x x”

Another posted: “So sad news Sian, you were fantastic to work with and a truly wonderful person to know. You will be missed by many. It was a privilege just to know you.”

On her page, Sian listed her favourite quote as “live life for today tomorrow may never come…’.

A get-together was held in her memory at the Firefly bar on Saturday night. Miss Thomas was originally from Pembrey in south Wales and had worked at the Berkeley Arms for almost three years. She also lived there.

Last week, Darren Eden, managing director of Spirit Hospitality, which owns the Berkeley Arms, paid tribute to Miss Thomas’ commitment and fondness of the pub, its customers and staff.

He said: “Very sadly our dear friend and colleague Sian Thomas passed away suddenly on the afternoon of Wednesday after being taken ill in Worcester.

“Sian’s commitment to her work and her fondness of the Berkeley Arms, its staff and its customers was exemplary and she will be greatly missed by us all.

“It is very early days and arrangements for her funeral are not yet known. This is an extremely sad time for us all and our thoughts and prayers are with Sian, her family and her many close friends.”

Arrangements for her funeral are yet to be confirmed. The inquest was adjourned for reports.