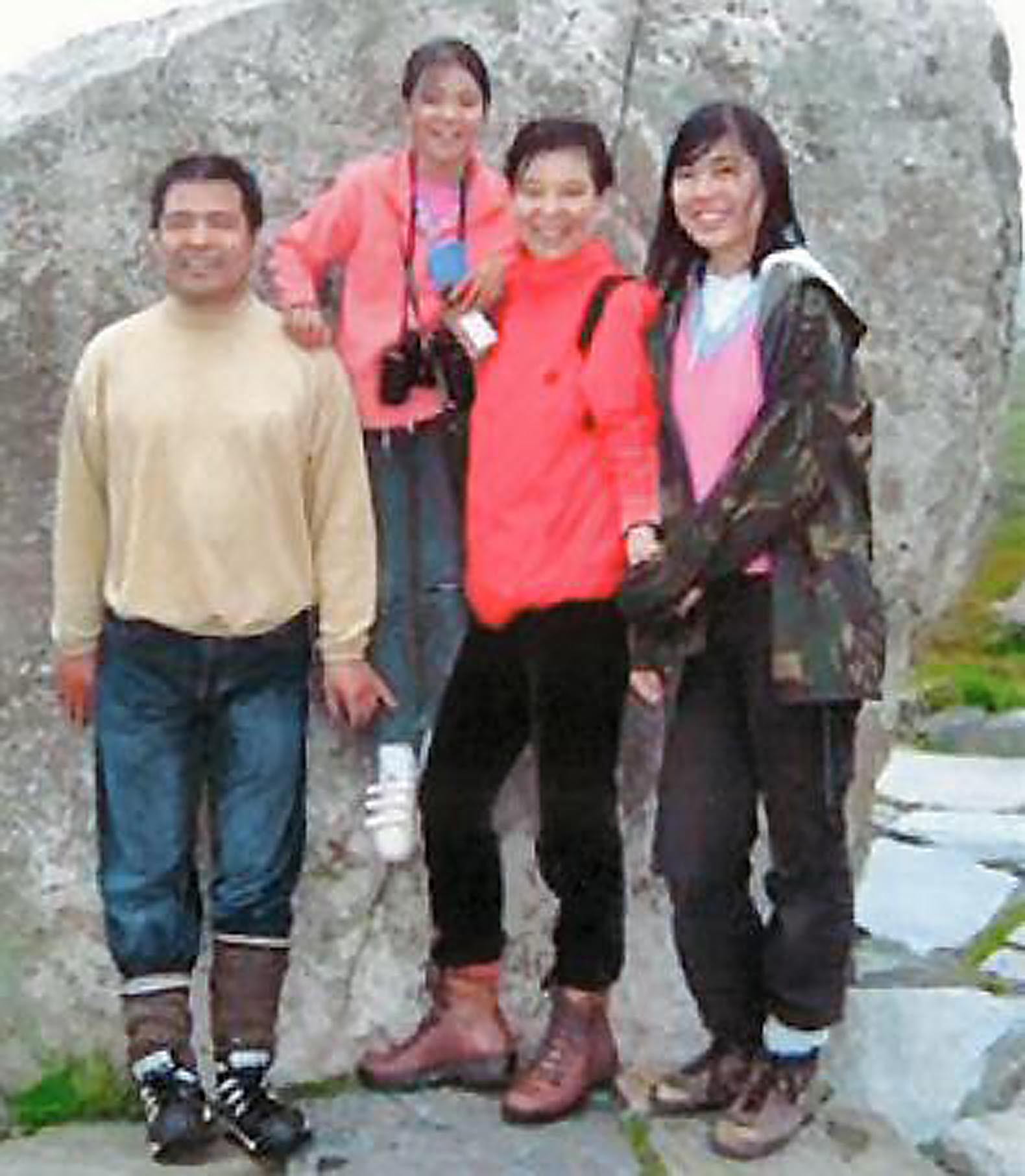 THE devastated brother of a man who was murdered along with his wife and children has spoken for the first time about the nightmare his family are going through.

Jixiang Ding’s brother Jeff was stabbed at his family home in Northamptonshire on May 1, sparking a nationwide man hunt for suspect Anxiang Du, who is still at large.

Jeff was brutally killed along his wife Helen and their two daughters Alice, 12, and 18-year-old Xing.

Jixiang, a professor in biology in Kentucky, USA, today/yesterday (SUN) spoke if his heartache and said he couldn’t comprehend how somebody could commit such a crime.

“It is brutal. Absolutely brutal. I think these kind of things are just beyond my imagination and I believe beyond the imagination of any human being,” he added.

“I also want to know what he is feeling or whether he has any feelings when he saw the girls’ expressions.

“I hope I get an answer. Actually I don’t expect I will get a satisfactory answer. But if I was facing him now that is the question I would ask.

“Hopefully there will be no more tragedies like this anywhere in the world. That is my hope.”

Mr Ding also went on to pay tribute to his brother and his ‘beautiful’ family.

“My memory of my brother is absolutely lovely,” he added.

“He never tried to monitor my daily life but he kept an eye on me and on the mistakes I make and tried to correct them at an early stage. So he cared about my career and my family life and he would give me personal advice.

“Without Jeff’s guidance and help I would probably be a different person and have a different career. I am so glad to have a brother like Jeff.

“Yesterday, I went to the house they used to live in to collect something of memory and I came out with a photo collection. One of the photos in the collection was their wedding picture. I looked at that photo and said to myself, ‘I did not realise my sister-in-law was so beautiful’.

Mr Ding also spoke of the pride his family had of Jeff’s two daughters, 18-year-old Xing and Alice, 12.

“I still remember when I talked to my father earlier this year,” he said. “my father told me that Xing had a good chance of getting into medical school and I was so, so proud of her and I felt very guilty because I wanted to buy her something but I didn’t know what she liked,” he added.

“So I sent to my brother an amount of cash and asked my brother to buy something. But my brother said to me it is not final yet and Xing would get a final notice in August. He said ‘let’s wait for August’ and I agreed. I thought I can wait for a few months.

“But now I feel so much regret because I did not get that time and after this happened I look back on my life and found actually that one of the mistakes I made in my life so far is that I have spent too much time waiting for the so-called ‘right time’ or ‘best time’ without realising that the so-called right time often means right now.

Mr Ding said the news of his brother’s murder left him completely shocked. “[When I found out] I was in shock. Complete shock,” he added. “I actually found out from the internet. I could not finish the news story once I saw the pictures.

“I could not believe that four people were gone. I mean it is just complete shock. And I cannot accept in a way that it is reality.

“And then I thought about my parents. They lost their children and their grandchildren in one day. So the first thing I did was to call a relative, my mother’s cousin, in our home town in China, and asked them to do me a favour. I asked them to go to stay with my parents, that is the only favour I wanted.

“For Helen’s parents and my parents the impact could be fatal, or close to fatal, and I hope they get over the shock at some time.”