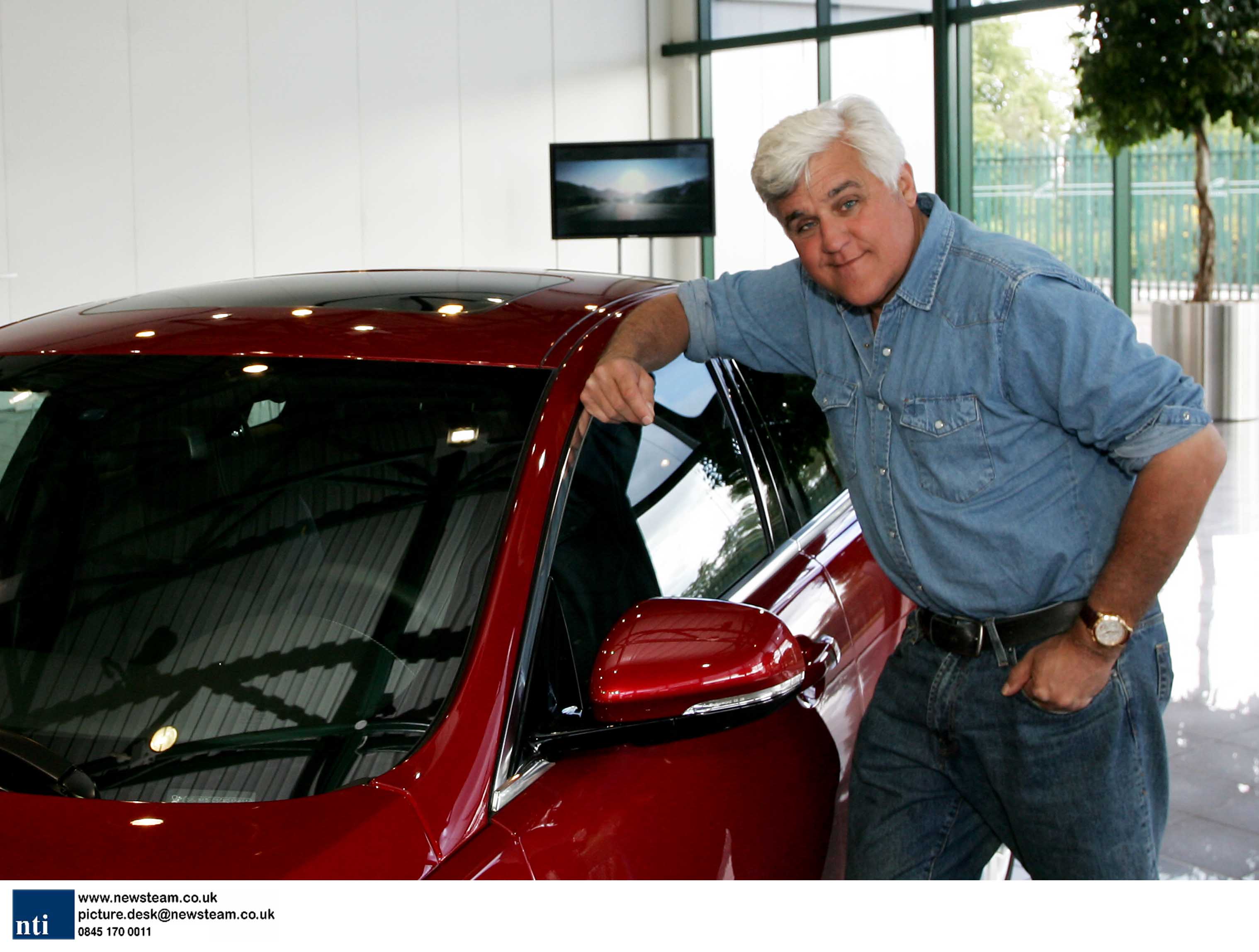 AMERICAN talk show host Jay Leno has sensationally backed Piers Morgan’s calls for a celebrity boxing match to settle his famous feud with motormouth Jeremy Clarkson – and even offered to referee the bout.

The famous host of the Tonight show and car nut made the statement while visiting Jaguar’s plant in Birmingham on Wednesday.

Former newspaper editor Morgan called for the fight after Top Gear host Clarkson said pressing a turbo button on a BMW 1M was “like the shiver of excitement you get after someone gives you permission to set fire to Piers Morgan”.

“I’d love to see them in the ring,” said Jay, who famously owns 123 cars in his mammoth garage at home in the states.

“Piers is a good friend of mine, and I like Jeremy, so I think they should both get in the ring and sort this out, I’d even be the referee.

“I reckon they’d knock each other out pretty quick, then I’d be there to pick up the pieces, crowning myself as the king.”

Jay was visiting the plant in Castle Vale, Birmingham as part of a series of online shows he’s making, taking viewers inside car factories across the world.

Talking about the influx of British hosts to American television 61-year-old Leno said he welcomed the new competition.

“We love British things in America,” he said. “If you want to sell anything just put a British accent on the voiceover and we’ll lap it up.

“I think Piers is great and there’s definitely a space for more British hosts in America, we’d love it.”

Leno added that he was waiting for a call to return to the Top Gear test track. “I loved my appearance there,” he said.

“Now they’ve got a new car I’d love to go and give it a go, if they wanna give me a call. I loved seeing the show filmed, and seeing how scratty the studio is, I always thought they did a good job making it look fakely tatty, but then I got there and realised it’s just that run down.”

Leno, who has been presenting his world famous Tonight show for over 20 years, says he is drawn to Britain, with his infamous love of anything with an engine being sparked by an encounter with a classic Jaguar.

“Where I grew up you hardly saw a sports car, or if you did they were in black and white in a newspaper,” he said.

“Then one day I saw this beautiful Jaguar XJ120 at this guy’s house, this was back when you could talk to a strange man as a kid. He let me touch it and asked if I wanted a ride, well I was hooked from then.

“I have a classic XJ120 now, I still love that car every time I see it.

“Britain is the home of so much great engineering, I love that. I like seeing British people making British things, American people making American things and so on, and coming here I’m seeing just what I love.”

Before leaving Jay launched a passing shot at the royal family’s use of foreign cars.

“You know what I wanna know?” he asked. “Why Kate and Wills weren’t in a proper British car, like a Jaguar, for the whole time.

“People went mad when they came out in his dad’s classic Aston, they love to see him in something classic and properly British.