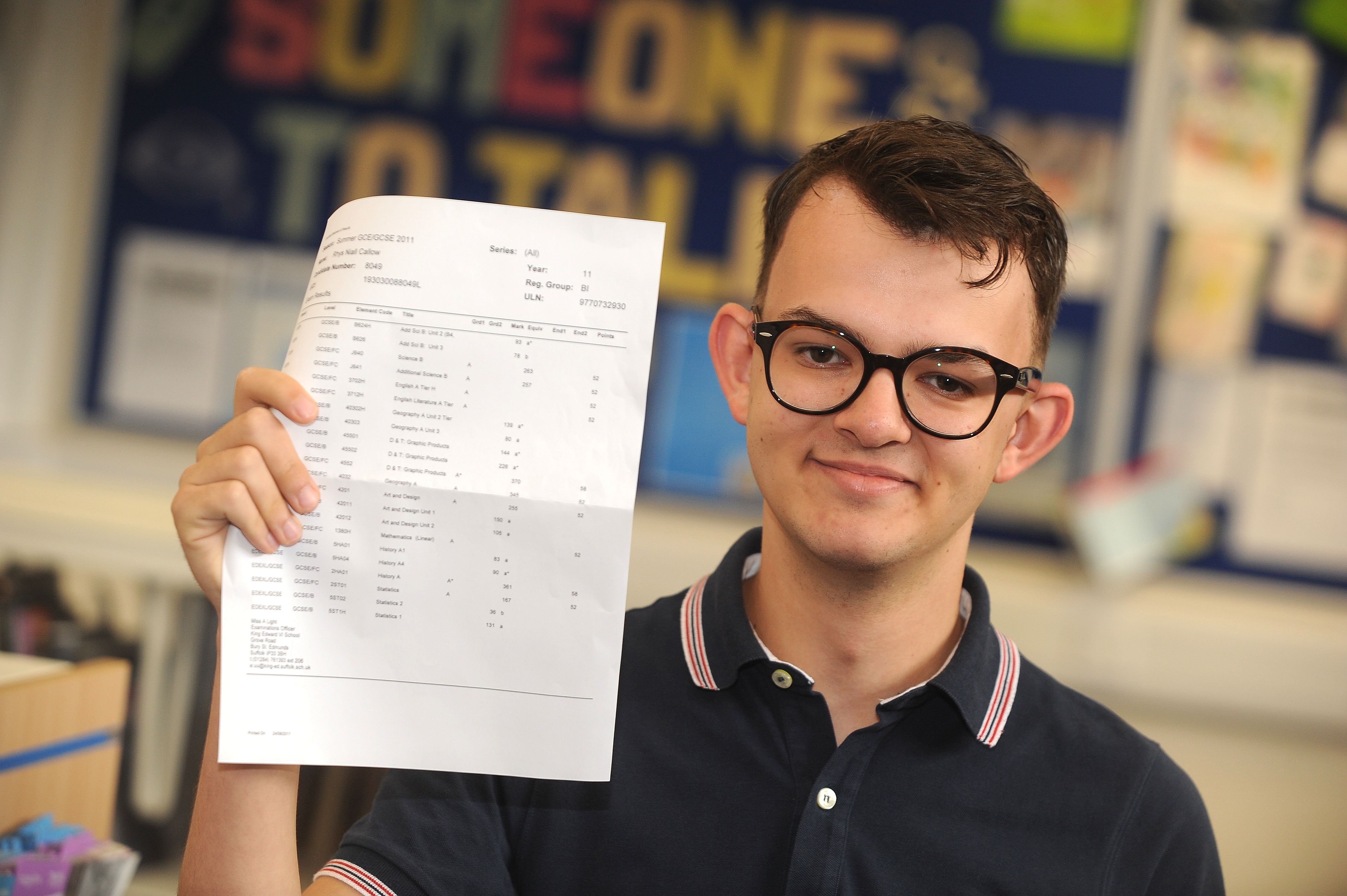 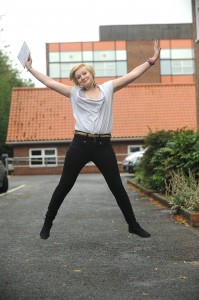 two students in particular have beaten incredible adversity just to sit their exams.

Taylor Smart suffered severe amnesia after hitting her head on her bath in January, leaving her unable to hold a pen or even recognise members of her own family, while classmate Rhys Callow suffers from a form of narcolepsy and had to have a mattress laid out in the exam room in case he fell asleep.

Amazingly both of them attend the same school, King Edward IV in Bury St Edmonds, Suffolk.

Since her accident, Taylor has had to cram two years of study into just four months – forcing her to relearn each of her seven subjects from scratch.

And yesterday she was thrilled to open her GCSE results to find she had achieved four C grades and three Ds – the grades she needs to get into college.

Taylor, from Market Weston, Suffolk, said: “I am really amazed with the results I have got, I didn’t expect to do so well.

“While everyone else in my year was revising, I had to relearn it all. When I began I didn’t know anything about the subjects I took. I couldn’t even write so had to learn how to do that first.

“Every now and again I get things come back to me but they tend to be small things, conversations I have had with people years ago.

“It is such a relief to have passed my exams, I can finally relax and stop worrying about them.”

Taylor’s mother Jane said she could now look forward to a bright future.

She said:  “We are just so proud of her – it has been an extremely hard and emotional time.

“It is a huge relief, it feels as if there is a light at the end of the tunnel now.”

After the accident, Taylor was taken to West Suffolk Hospital for tests. It was thought her memory would come back to her after a few days but so far very little has returned.

Fellow GCSE pupil Rhys developed his condition in November last year and is prone to dropping off for 15-minute spells throughout the day.

Yesterday he defied his problems to receive two A* grades and eight As at GCSE.

“I fell asleep in my art exam while still holding my pencil,”  he said.

“I have a sleep condition, a form of narcolepsy, so will fall asleep in most lessons. It has made revising really hard because I do not know when I will drop off.”

For his exams, brainy Rhys was put in a separate room from the other students with a mattress set up next to his desk.

Rhys gets a few moments of drowsiness before he collapses, enough time to lie down so he doesn’t hurt himself in the fall.

He said:  “I feel very relieved and happy about my results, it feels great to have finished them.”

He said:  “Talk about overcoming adversity Taylor has had to learn in a few months what other pupils took two years to learn.

“She is a real inspiration.  Rhys has dealt with his condition with calm aplomb and has come away with extraordinary results.  Well done to them both.”