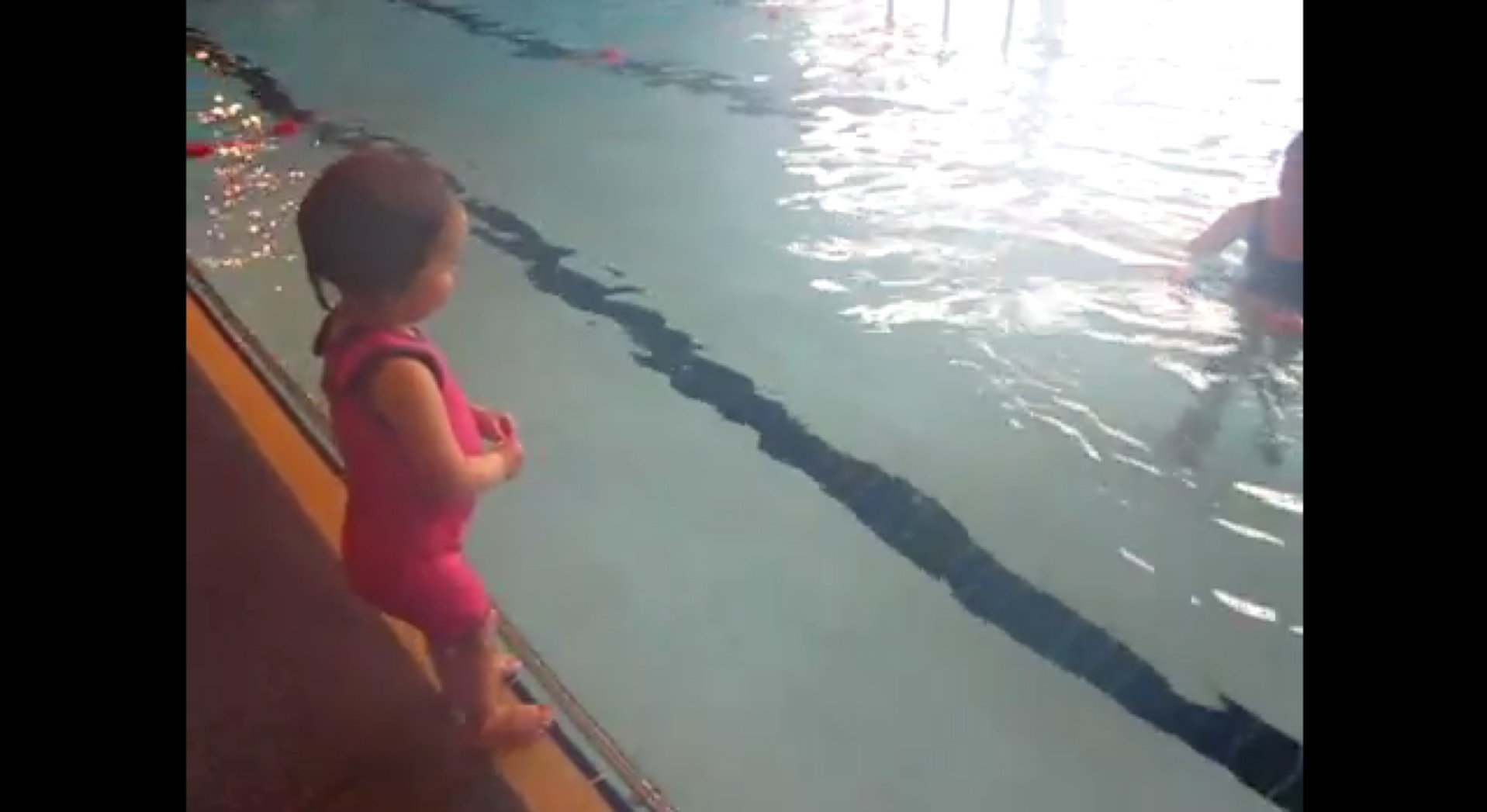 WATER baby Caitlin Morris has caused a sensational splash by swimming unaided across the width of a pool – at the age of just TWO.

Caitlin could swim before she could walk and her doggy paddle-style stroke got her across the nine-metre width in 47 seconds. 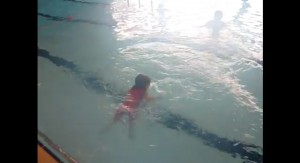 And, although she may miss out on the London Olympics next year, her swimming teacher is predicting great things for the talented tot as she is swimming at the standard of a child at least twice her age.

Caitlin, who lives with her mother, Tracey Girling, father Roger Morris and five-year-old brother Callum in Stourport, West Midlands, achieved her
mammoth swim during a weekly lesson with the Baba Seahorse swimming school in the pool at Holy Trinity School, in Kidderminster, Worcs.

Miss Girling, 39, said: “Caitlin started learning to swim when she was nine months old – and she didn’t walk until six months later.

“I’m not a very confident swimmer and I wanted to make sure she was safe because we live in Stourport, near to the canals and the River Severn.” 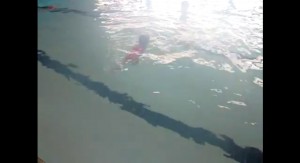 David Salt, Caitlin’s instructor at the Baba Seahorse classes, said: “Quite rightly Caitlin’s parents are very proud of her and it is clear she has a
special gift.

“For such a young child, her ability is extremely high as it would typically be a four year-old who could swim a nine metre width on their own and with
such confidence.

“Although Caitlin may just miss out on the London Olympics next year I am quietly confident in the years ahead she may be the Wyre Forest’s very own answer to Rebecca Adlington.”

He filmed Caitlin’s swim and uploaded the 47-second clip on to You Tube – to prove that such a young person had actually achieved such a feat.

The clip has attracted more than 120 views on You Tube.

It shows Caitlin, wearing a bright pink swimsuit, jump in, find her balance and then propel herself across the width, encouraged by her mum, in under a
minute.