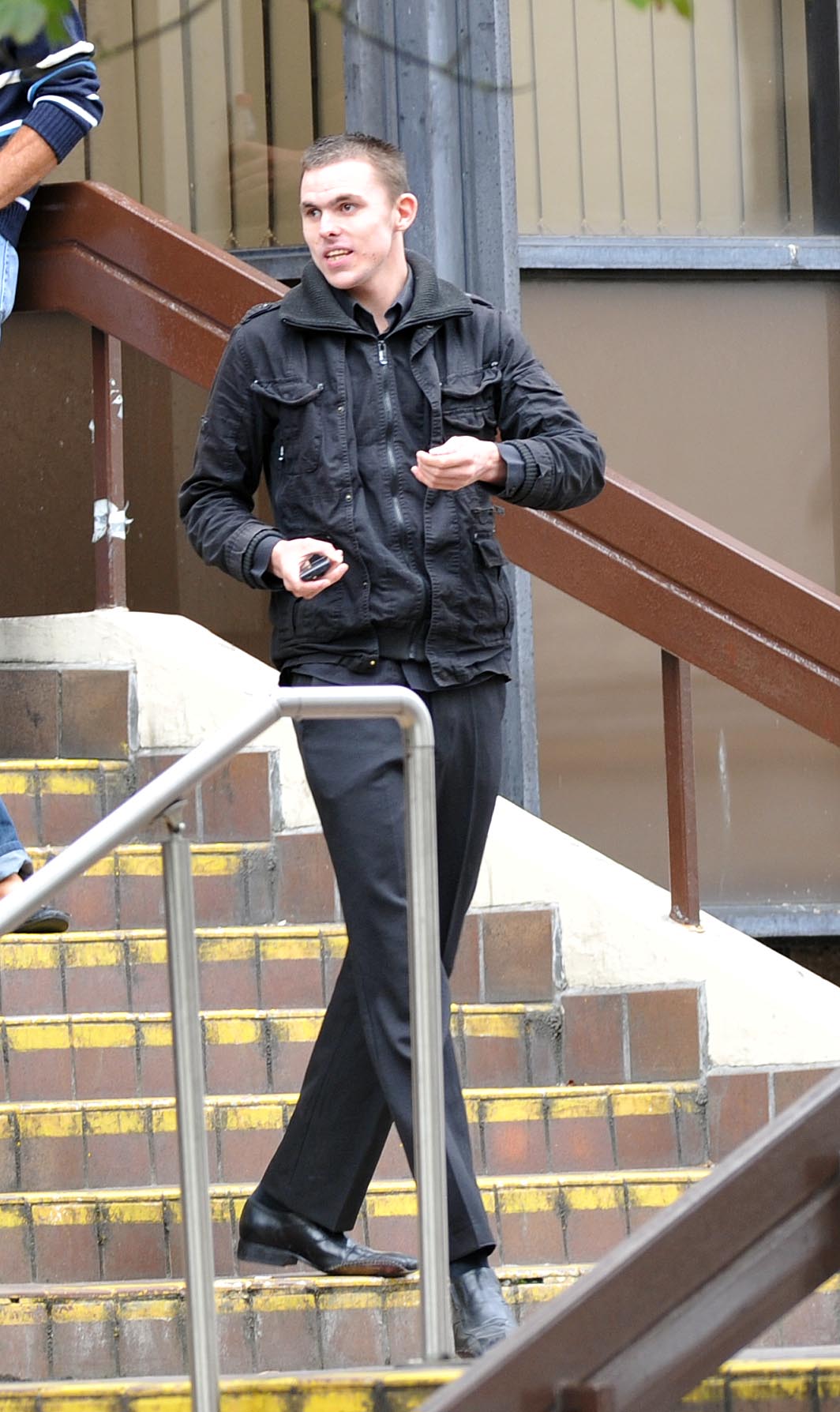 A MAN who was responsible for a hour-long “brutal attack” on a family dog which later had to be put down has been jailed for 23 weeks and banned from keeping animals for life.

Christopher Wilson launched the savage attack on the helpess pooch – which belonged to his girl-friends mother, a court heard.

The seven-year-old Staffordshire bull terrier, named Molly, suffered a fractured leg, bruising, bleeding muscles and a number of haemorrhages after the attack on November 23 last year.

Walsall Magistrates Court heard the dog was discovered by its owner close to death and lying in a “pool of blood”.

It was estimated she had been beaten for an hour, RSPCA prosecutor Mr Nick Sutton said.

It happened when the 21-year-old was left alone with the dog at his previous address in Willenhall, West Midlands.

He had moved in the day before with his then girlfriend Shona Weston and the animal belonged to her mother Moira Harris.

Mr Sutton said the grandmother-of-two had been told by her daughter that Wilson claimed the dog was “unwell” and they arranged to meet at the flat.

Ms Harris said she discovered her pet with a swollen head, “fixated” eyes, a “floppy and loose” back leg and blood under the surface of her skin.

She took the animal to the vets where she was put down.

Experts said the “blunt trauma injuries” would have been caused by the dog being struck or run over.

Mr Sutton said: “It was a sustained and brutal attack on a defenceless and placid animal which resulted in its death. It really does not become much more serious than this.”

The court heard on Wednessday that Wilson initially denied hurting the animal, using excuses like a shelf had fallen onto her, he accidentally stepped on her and she hit her head on a toilet.

Mr Sutton said he also admitted shutting the animal in an airing cupboard.

Wilson, of  Bloxwich, West Midlands, later admitted two counts of causing unnecessary suffering to the animal and two of failing to ensure her welfare.

He said: “This must have been a feeling of frustration he took out on the dog.”

Wilson was locked up for 23 weeks, banned from keeping animals for life and cannot appeal the decision for 20 years.

Speaking after the case, Ms Harris, of Willenhall, said the prison sentence was not long enough.

The 45-year-old, who rescued Molly after she was found abandoned and has brought up her puppy Jess, now aged three, said: “I just keep seeing her. It shouldn’t have happened.

“She was brilliant. She used to wash the guinea pig and hamster.”