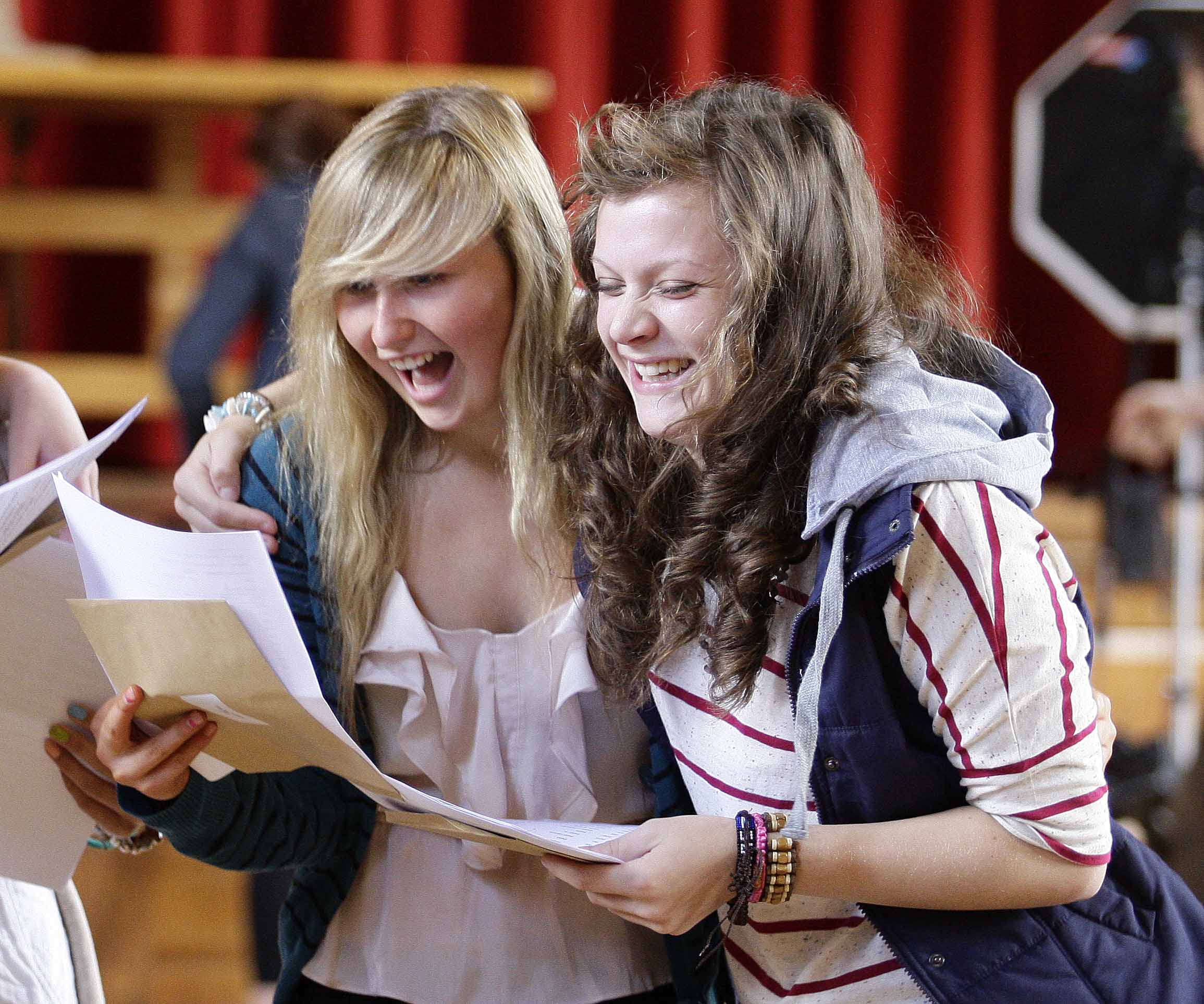 TEENAGERS celebrated their GCSE results across the country yesterday with the percentage gaining A*-C grades rising for the 23rd year in a row.

Just under 70 per cent of exams taken by around 650,000 students in the UK were between A* and C grades with almost a quarter achieving the top A* and A marks.

As the gender gap between boys and girls widened 16-year-old Nishith Hegde has bucked the trend and celebrated scoring an astonishing 17 A*s when he opened his results today at King Edward IV grammar school in Bartley Green, Birmingham.

The brainy teenager, from the Edgbaston area of Birmingham, hit the highest marks as he took 14 GCSEs and 3 AS-levels, which he took a year early.

A delighted Nishith, who says he sees himself becoming a lawyer one day, said: “I guess it took a lot of work over the years, but I just paced myself and kept myself motivated throughout.

“I just stuck at it and that meant the results came. I took the ICT GCSE in year nine and statistics and English language in year 10 so that took some of the pressure off me I suppose.

“Our school encourages us to take up the options we’re offered and so I ended up doing a few AS-levels as well.

“I did have to shuffle my timetable around a bit but I still managed to get some hobbies into my time. I set up a debating society at the school and was involved in our organising committee for school events.”

Nishith will now study maths, further maths, economics and history at AS-level to add to the three he has already completed and hopes to go on to study economics or history at university one day.

But all that will come later after he celebrates today’s outstanding marks. “I’m going to wait until all my friends have their results,” he said. “Then we’re going to go out for a meal this evening.

‘I’m relieved it’s all over and the work has been rewarded, I’m over the moon with my results.”

Classmate Rebecca Williams, 16, has also delighted her teachers after receiving 17 A* grades in her results envelope this/yesterday/THURSDAY morning.

“I’m really pleased with what I got,” said Rebecca. “It’s really good that the hard work has paid off.

“My dad took me out shopping this morning to celebrate and I’m going to head into Birmingham tonight with my friends for a night out at the cinema.”

Despite her busy schedule clever Rebecca still managed to fit plenty of activities into her schedule and is a keen badminton player and debater.

She also helped to raise cash for West Midlands Air Ambulance as part of the school’s charity fund raising team.

“I’m off to college in September in Stourbridge, closer to my home.” she said. “I don’t know what the rest of the summer holds.

‘i’m going to study law, maths, English (literature and language) and psychology at AS – level, I want to do law at uni because I’d like to be a barrister one day.”