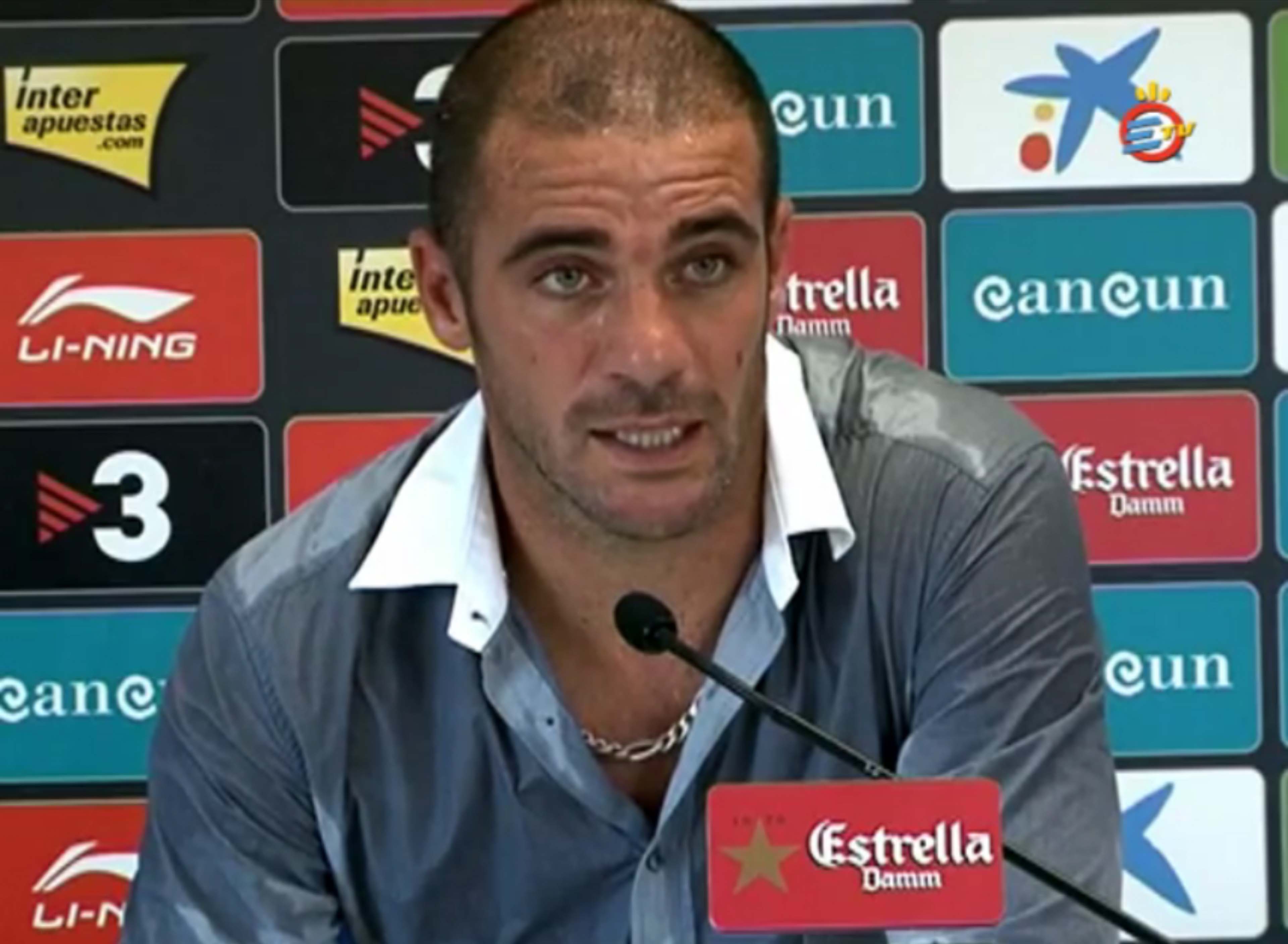 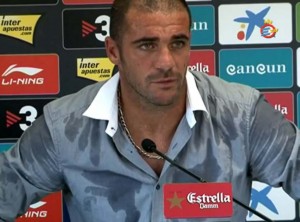 Former Premier League star Walter Pandiani earned himself the unflattering accolade after drenching a shirt in his own perspiration as he felt the heat at a press conference.

He started off wearing a light grey shirt while he was addressing reporters after he netted a last-minute winner for his team last Friday.

But his performance off the pitch was drowned out after the garment slowly became soaked in the RCD Espanyol forward’s sweat.

And to add to 35-year-old Uruguayan’s embarrassment, the video of the Spanish League player has become an internet sensation.

In the eight-minute video, Pandiani, formerly of Birmingham City, is shown speaking in to a microphone after the clash between his side and rivals Getafe.

Wearing a smart light grey shirt, he speaks quickly as he recounts the events of the game.

After just 90 seconds, dark patches begin to appear on the shoulders of the garment, first on the left, followed shortly by the right.

Obviously feeling the heat, Pandiani mops his brow, which is already moist with sweat.

By the time he has spent three minutes in front of the press pack, the player looks like he has just walked in from a rainstorm, rather than a football pitch, his shirt dotted with tell-tale sweat patches.

Beads of sweat glisten on his brow, and Pandiani begins to shift nervously in his chair.

The video then cuts to the former Birmingham City player hastily stuffing a sopping wet towel under the table in front of him.

But it does nothing to stop the flood of sweat, and by four and a half minutes there is barely a dry patch left on the shirt.

Pandiani bravely battles through to the end of the eight-minute grilling, but by the end just one tiny patch of the shirt’s original colour remains visible.

The video, which has already notched up almost half a million views, has drawn a number of amused responses from fans.

‘Mentionly’ said: “must have been some serious questions he got from the reporters. If i was him, i would leave the conference instead of being humiliated by millions”

‘ihmen’ said: “If he sweats this much just sitting down, imagine how much he sweats when he goes to the gym.”

Others mocked him for his shirt selection.

One user said: “bad choice of clothing in this situation…”