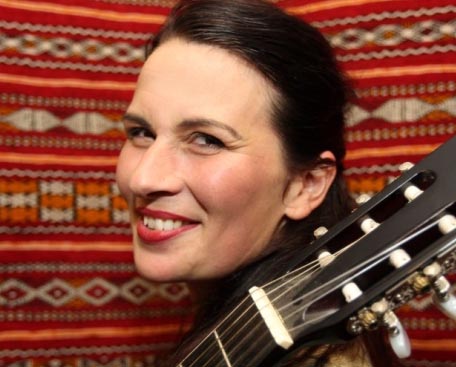 A SINGER got a shock live on the radio when a bolt of lightening blasted a hole through a wall “like a bomb blast”, badly burning her as she performed.

Kisha Salmon suffered a perforated ear drum and burnt ear after the strike through the wall of the corrugated iron building, which also melted music equipment.

Mrs Salmon, a singer-songwriter and music teacher, who lives in Little Billing, Northamptonshire, went to Grenada, in the Caribbean, for two weeks in August with her husband and two young sons, aged three months and 22 months, to meet her in-laws.

While there, she was interviewed and performed on the local radio. As she entered her fourth song her gig was cut short by the explosive force.

She hadn’t even been scheduled to be singing at that point. Kisha was extended her concert as the DJ had gone to prepare food and she was playing more songs to fill time.

“A storm had started and the rain was beating down noisily on the corrugated iron roof,” Kisha explained.

“I was on my fourth song, thinking ‘yikes – I wish I had prepared some more,’ when there was a sudden boom. A massive explosion, like a bomb blast.

“Shrapnel was all around the room.

“I pulled the headphones off and threw down my guitar. My ears were ringing. I couldn’t hear my husband speak.

“Something was burning my ear so I pulled it off and pushed away something burning from my neck. I rushed to the baby and covered his ears.

“The DJ came back, looking shocked and in disbelief. We had had a direct hit from lightning. A chunk had been blasted out of the building and the equipment melted.”

“It was such a shock. We were so amazed we walked out alive.”

Fortunately her sons were “absolutely fine despite the ordeal.

“We were worried they were going to have something wrong with their hearing,” she added. “It’s amazing.

“It was quite dramatic. Incredibly we were all unharmed apart from my burnt ear and neck and a perforated ear drum.”

She added: “It was my first visit to the Caribbean. I had no idea lightning could be so violent.”