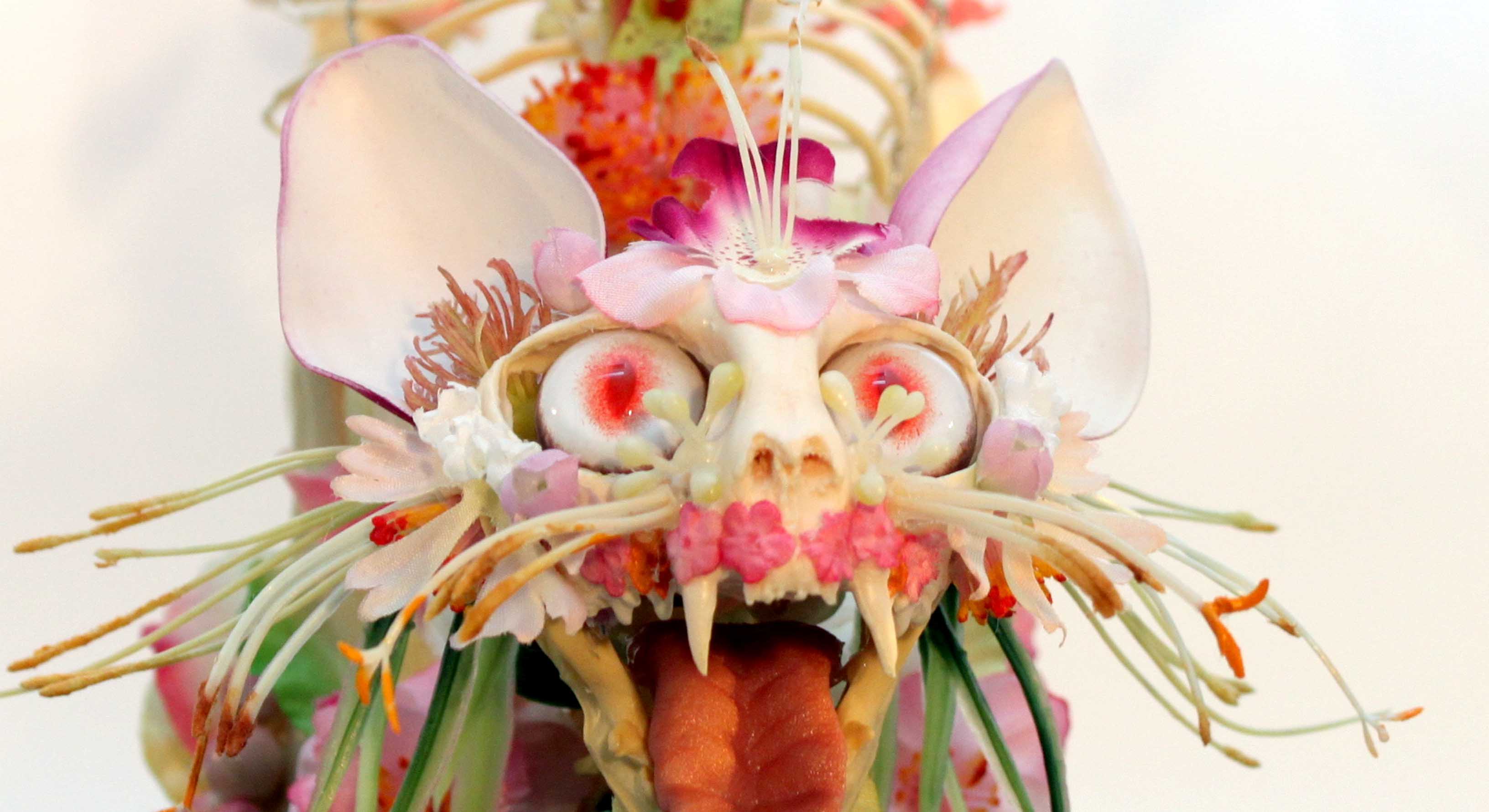 AT FIRST glance, these over-the-top sculptures look like taxidermy taken too far. 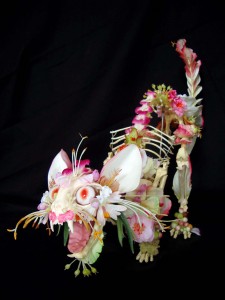 But no animals were harmed in the making of these ‘flower skeletons’ – they’re actually made from highly-realistic replica animal bones and fake blooms.

Using dogs, cats and even human skeletons in a variety of poses, American-born

Cedric has been creating the sculptures since he graduated from Amsterdam’s Rietveld Academy in June 2009.

And although he has only worked with replica skeletons so far, he has not ruled out using the real thing.

The delicate works, which can take several months to create, use a number of the same techniques that taxidermists employ. 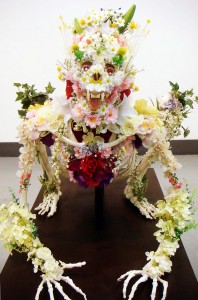 The artist avoids using genuine organic material because of its tendency to decay very quickly, but admits it would be possible to create one of the sculptures from a genuine skeleton.

He said: “I did it once with a real bird, but the bones changed colour and went brown very quickly.

“But I suppose it could be done.”

Cedric’s flower skeletons have been met with a mixture of reactions from people who have seen them.

He said: “It’s complete polar opposites – some people react with extreme upset, other people think it is kitsch and grotesque, and I’m not going to lie, it is, but I think that’s part of the charm.

“In the end, I don’t think it really matters. It’s a series of sculptures I’ve had in my head for a while and it’s really nice to let them get out.”

Cedric said that he often gets strong reactions from animal lovers who think that his creations are made from real animal skeletons.

He said: “I get that all the time, people think I’m some kind of weirdo, but I don’t go around digging up dead animals.”

Cedric, who has also created ‘fairies’ from fake butterfly carcasses, added: “I’ve had the same thing with the insects – some people think I pick them up off the ground before putting them under glass.”

Amsterdam-based Cedric, whose mother is also an artist, has been drawing from the age of one and used to make his own toys from clay as a child.

He initially started studying theatre design, but quickly decided to follow a route into sculpture.

Cedric said: “I started out in theatre design, which is probably why my sculptures are so theatrical.”

“I realised that I hated theatre design, so I decided to make theatrical sculptures instead.”