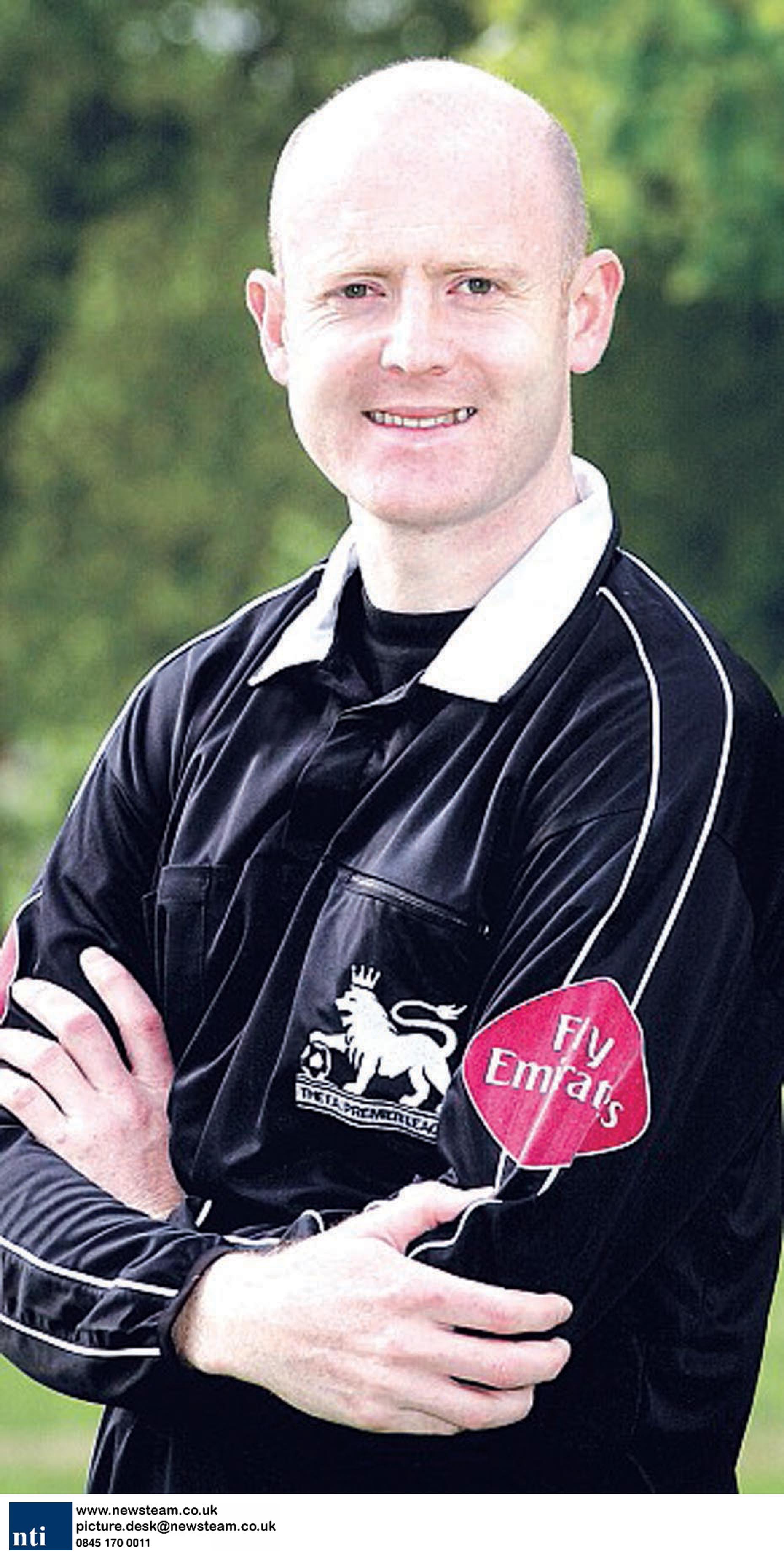 Steven John Dorr, 40, sent a text to one boy, who was 15 at the time of the alleged offence, offering to pay him £250 in exchange for oral sex, claimed one witness.

In a DVD recording of a police interview shown to a jury at Worcester Crown Court, the witness, who cannot be named for legal reasons, said that he and the 15-year-old had met Mr Dorr in a Worcestershire pub.

He said that they had spoken about Mr Dorr’s work as an assistant referee, before he told the two boys that he could get them tickets to any football match because of his job.

The witness said he and his friend had exchanged numbers with Mr Dorr, who had proceeded to send his friend ‘dodgy messages’.

The boy said that he had been shown one message, sent just days after their first meeting, which said he would pay the boy £250 to perform oral sex on him.

During the opening of his trial at Worcester Crown Court on Wednesday, the court heard that Mr Dorr faced one charge of attempting to arrange the commission of a sexual act with a 15-year-old boy.

Jason Pegg, prosecuting, told the court that Mr Dorr had struck up a friendship with two boys under the age of 17 who he met in a Worcester pub.

Mr Pegg told the court that they had exchanged telephone numbers after talking for around an hour during a meeting in December 2009, even though Mr Dorr was aware that the boys were under 17.

Mr Dorr continued to text one of the boys until February 13 2010, when it is alleged that he telephoned him and suggested meeting up “for sexual acts”.

According to the prosecution, when the boy told Mr Dorr that he was at a party and had two friends with him, he suggested that the boy bring them with him to their meeting.

After meeting the boys in the centre of Worcester, the court heard that Mr Dorr attempted to book a room at several hotels before finding one at the Fownes Hotel.

Mr Pegg told the court that Mr Dorr had told all three boys to “drop their trousers”.

He said: “Some of them did. The defendant himself removed his trousers and stood there in his boxer shorts.”

He added that two of the boys “ran off” from the room before returning to collect the boy Mr Dorr had originally contacted and heading back to the party they had been attending.

The court heard that Mr Dorr had contacted the boy after he left the hotel, and he told him that he had a 15 year-old friend with him in order to “play the defendant along”.

Mr Pegg said that a “series of text messages” followed between Mr Dorr and the boy.

He said: “Those text messages, the prosecution says, shows that the defendant was seeking or attempting to arrange a 15-year-old boy to visit him in his hotel room.”

The court heard that, in the early hours of February 14, the two boys returned to Mr Dorr’s hotel room to confront him.

When they knocked on his door, Mr Dorr ran from his room, before being detained by the two boys, before they called the police , the court heard.

Mr Dorr, from Worcester, also faces three allegations of breaching a sexual offences prevention order made against him in December 2008.

Under the terms of the order, Mr Dorr was prevented from befriending any child under the age of 17.

He was also prevented from having contact with any body under 17 without approval from the local authority’s child services department.

One of the charges relates to a family holiday during the World Cup in June 2010, when Mr Dorr travelled with his two-year-old niece without seeking approval from the authorities.