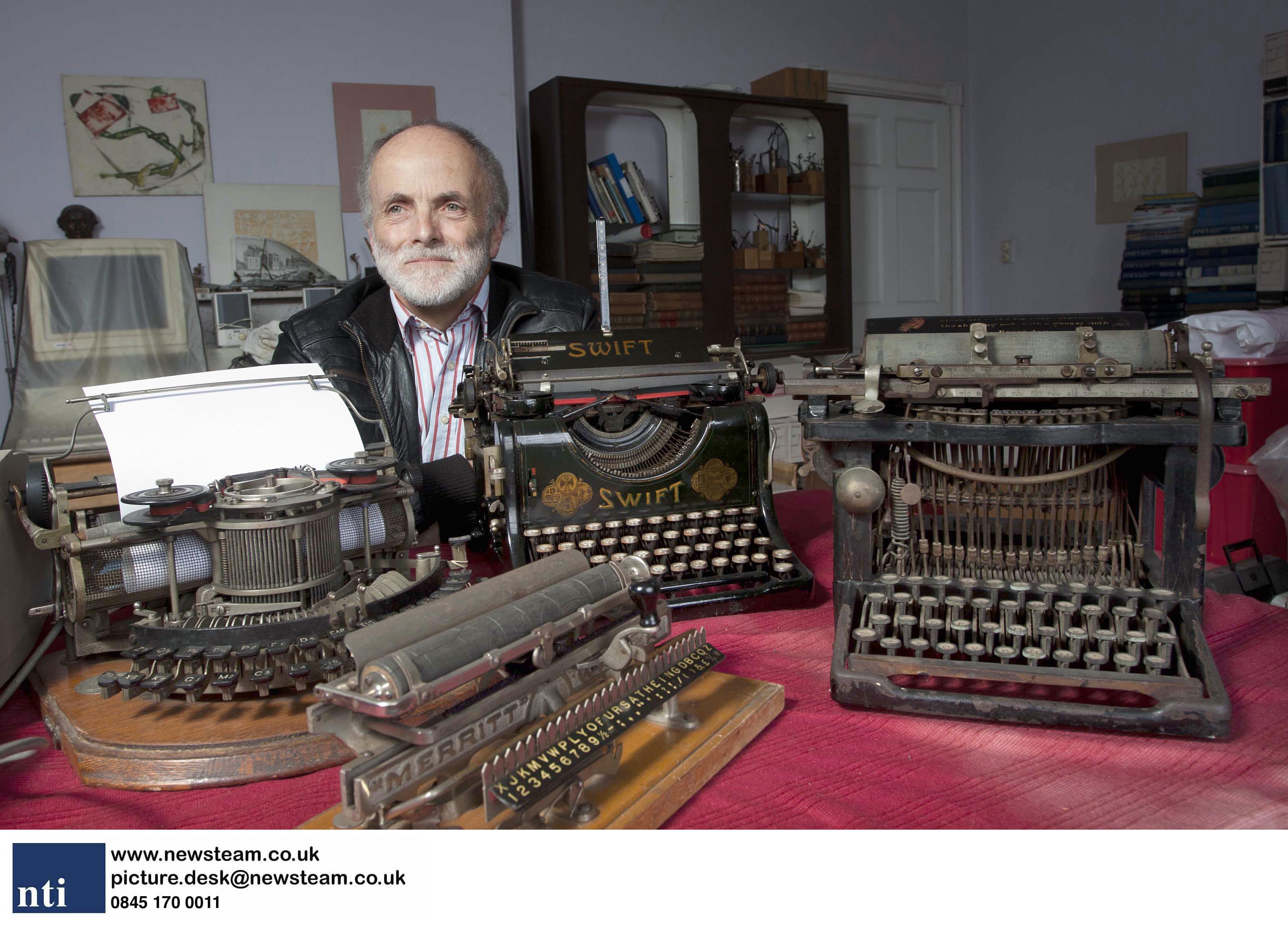 THEY’VE  been replaced by laptops and computers thanks to the emergence of the microchip, but one man has bizarrely dedicated his life to collecting hundreds of TYPEWRITERS.

Duncan James, 66, has amassed an astonishing 250 typewriters over 35 years of collecting, and he keeps every single one in a room in his house on the Welsh Border.

The collection stretches through 150-years of history and every single one is still in good working order.

Duncan began collecting the typewriters when he found one that had been abandoned by an antique dealer.

“I just thought it was ingenious,” said grandfather of two Duncan. “I’m fascinated by engineering, the technology inside typewriters is fascinating.

“I love the fact that they provide this link between the written and printed word. I also love the intricacy that connects the two.

“There’s something more authoritative about something typed up on a typewriter.

“I think my favourite of the lot is made by Salter, who are famous for making weighing scales, it’s beautiful, but it used some rather obsolete technology even back then.

“They used to make their weighing scales with thick porcelain tops and you can see the heritage of the typewriter, the keys are porcelain set onto the metal.

“It does all make it rather heavy, but I think it is rather handsome.”

Duncan keeps his collection in a specially modified room in his house. Row after row of groaning shelves hold the machines at the side of the room, in order to minimise the stress they put on the floorboards in the centre of the room.

“They all still work.” said Duncan. “I like to get one down every now and then to use, some things I just prefer to do on a typewriter.

“Because of how they were made all a typewriter needs is oiling every now and then and they’ll continue to work.

“My oldest one is from the 1870s, it’s a Remington number 5 and the newest ones are from the era when they started to put screens on and call them word processors.”

Duncan admits that it is merely the ability to correct mistakes easily that means he uses a modern computer for typing these days.

A couple of the models show that you’re not restricted to the classic typewriter font when tapping out your piece the old fashioned way.

“There are some fascinating ones,” added Duncan. “For example the IBM golfball typewriter. It has a spherical ball that carries loads of different typefaces.

“You push a button and it whizzes the ball around and it changes the typeface, really fast. That’s not even recent technology, they had mechanisms like that in the 1900s.”

While Duncan wouldn’t give his typewriters up for anything they do have their drawbacks.

“They are very heavy to move around,” he said. ‘But that means that no one can just walk into my house and walk out with them.

“I also have to sneak them past my wife, Alison, if I get a new one, I can understand why she’s not overly keen on another one coming into the house. There is a quite  a few.”