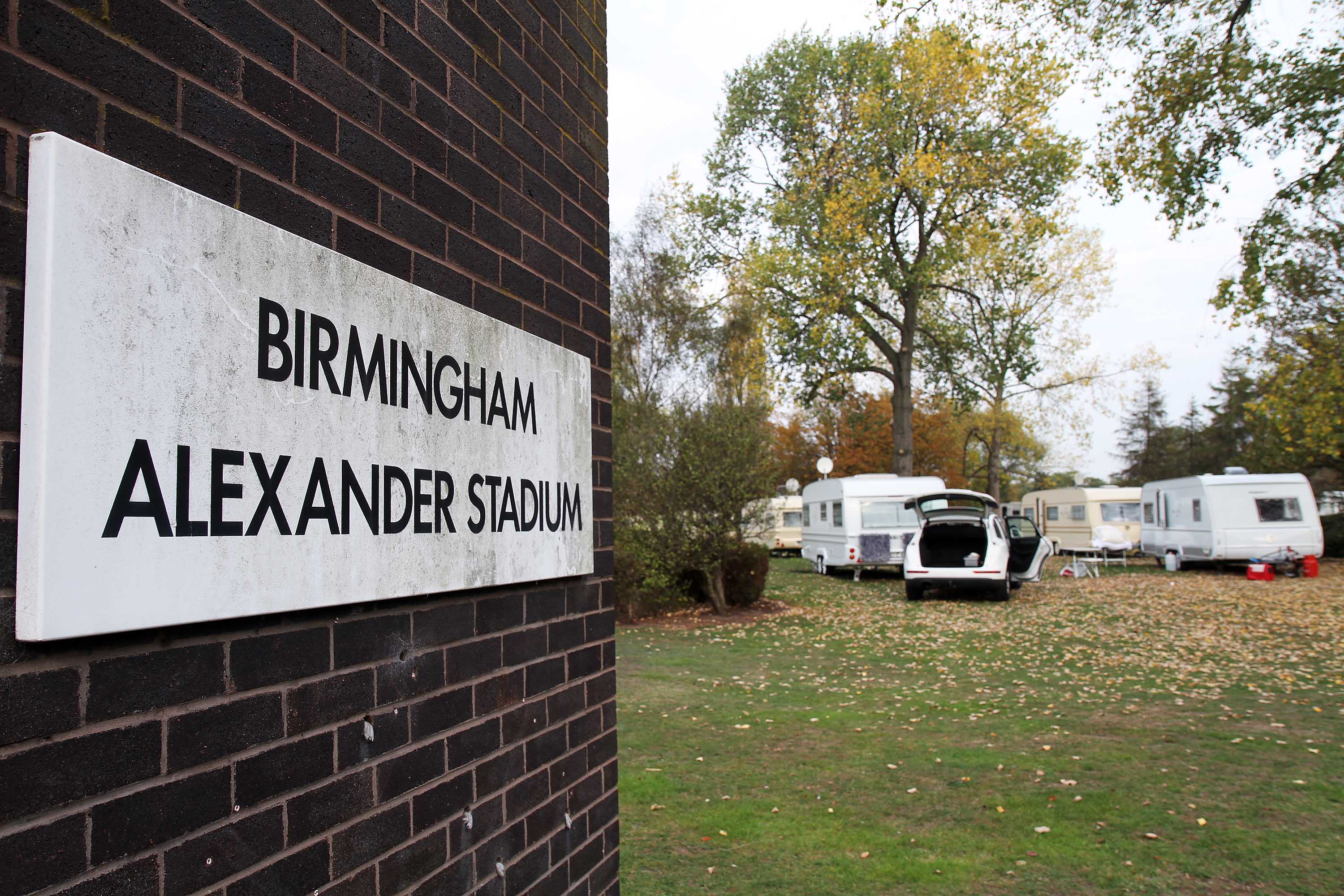 A GROUP of gypsy travellers have moved on to the site where the USA Olympic team will be based for next year’s London 2012 games.

The travellers, believed to be French, set up camp yards from Birmingham’s Alexander Stadium – which will be home to the USA track and field team next summer.

Gold medal winners from the USA and also the Jamaican Olympic teams will be using the site as a training ground next year and running spikes of superstar athletes such as Tyson Gay and Usain Bolt will grace the tracks at the multimillion pound facility.

But at the moment it is home to a gang of travellers who descended on the park last night, and the group of men, women and children have quickly made themselves at home.

Around ten caravans appeared overnight (MON) after being moved on from various other sites around the city.

The stadium sits inside Perry Park in the Perry Barr area of the city, and houses the International Athletics Stadium.

The camp, just yards away from a row of homes, has sparked outrage from the local community.

Alan Green, 54, a local plumber, said: “I don’t think this is the sort of thing that an international athletics team would want to see when they turn up to train.

“It sends completely the wrong kind of message and I personally would be embarrassed if the first thing they saw when they stepped off the coach was these grotty caravans.”

Widow Mary Smedley, 63, said: “It’s supposed to act as an example to the rest of the world of our great sporting facilities.

“At the moment it just looks a mess, I hope they get moved on soon.”

Teams from Jamaica and the U.S. will be training at the stadium in the summer of 2012.

The U.S. team will include about 155 athletes, plus coaches, medical and support staff.

A spokesperson for Birmingham City Council said there would be increased security around the site nearer to the time of the Olympic games next year.

He added that the council has procedures in place for dealing with camps.

Under the guidelines site inspectors will be sent out to assess the legality of the occupation.

If it is found to be illegal, the council has powers to demand that the travellers vacate the land within two hours, or seek assistance from the police under the Criminal Justice and Public Order Act.

The council added that it was approaching the camp at the Alexander Stadium under the normal guidelines.

Alexander stadium hit the headlines recently when the council announced plans to charge locals to watch the US and Jamaican teams’ training sessions.