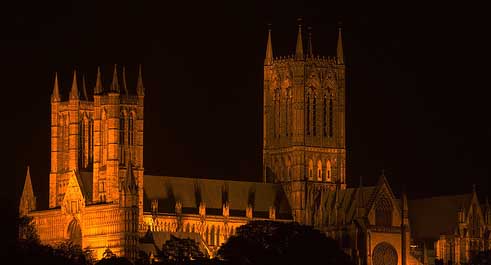 THRILL seekers looking for a fright this Halloween should head to London – after the capital was revealed as the country’s spookiest spot.

According to the latest figures from the Paranormal Database, Britain’s largest city is the most paranormally active place in the UK and Ireland – with a staggering 547 entries over the past decade.

One particular spooky entry on paranormaldatabase.com earlier this year describes a tale from a flat in East London where three tenants spotted a shadowy figure in a Cavalier’s hat pass their door just days after a security guard encountered footsteps descending the staircase.

Another paranormal hot-spot is the London Underground – with one witness reporting that two blonde haired women pushed past her on an escalator at King’s Cross, only to vanish before her eyes just seconds later.

And at the same station, another person told of how they looked on in pity at a young lady with long brown hair who was crying and distressed – until someone walking in the opposite direction passed straight through the weeping woman.

Since 1999, the database has collected over 10,000 stories and experiences from all over the country and owner Darren Mann is amazed at the number of responses his site has recieved.

“The number of stories I have come across is immense”, said Darren, owner of the website.

“When I started I never expected so many people to share their supernatural experiences, and the number of reports we receive does not appear to be slowing down.

“I am sceptical in nature, but sometimes I wonder if so many people can really mistake the normal as paranormal”

Scotland’s capital Edinburgh is second in the list, with 86 paranormal activities reported – the spookiest of which coming from the Vaults, where witnesses have seen a shadowy woman crawling along the floor out of the corner of their eye.

Third in the list is Nottingham, with 69 sightings noted down – with the scariest of which coming at a British Transport Police Station when an officer spotted a grey haired man dressed in black a entering a room – only to find the room empty when he followed the spooky character inside.

With Halloween weekend upon the nation, it can only be a matter of time before more people are logging on to the Paranormal Database to note down more spooky sightings.

The full list, with the number of sightings in brackets, is as follows: