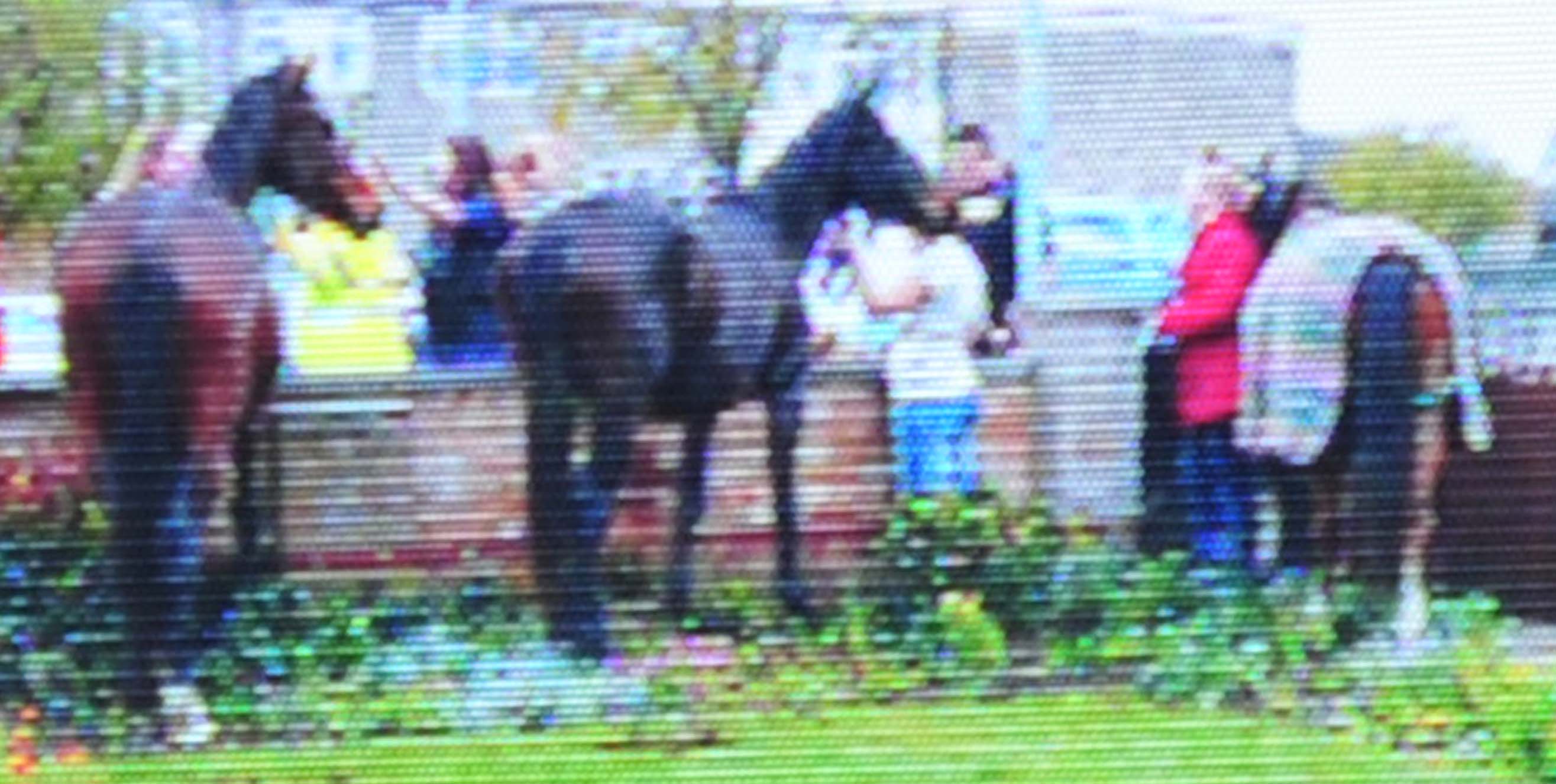 SHE’S used to herding unruly schoolchildren across the street, but one quick-thinking lollipop lady had to turn her talents to a group of escaped HORSES which rampaged down her street.

Families looked on in horror when six horses came charging towards Janice Woodland, 53, as she performed her morning duties outside her local primary school yesterday (MON).

The runaway gee-gees had escaped from a local field at 8:30am during the height of the school rush hour, when the road is filled with families and young children.

But plucky Janice, from Whittlesey, Cambridgeshire, averted a potential disaster by calmly stepped to one side before ushering the steeds in to a garden and away from startled kids.

Cool-headed Janice, a lollipop lady of 13 years, works outside Alderman Jacobs Primary School in Whittlesey, which is attended by kids aged four to 11.

“It was a real shock – and it was frightening too. I didn’t know what to do, as they were obviously out of control.

“I helped the children across and then stepped onto the pavement – but the horses followed me and veered right in front of me into the open gate.

“I think they must have seen my bright uniform and followed me.

“A few of them were rearing up and hit the wall.

“A lot of the cars stopped on the road and someone called the police, who were here quite quickly.”

Mrs Woodland said that there could have been catastrophic consequences if the horses had got out in to the busy street during the peak of the school drop-off time.

“Lots of children walk this way to school – one of them could have been trampled and seriously hurt,” she added.

“I know the couple who live at the house and I don’t think they were too happy about the horses going in their garden. The lawn was damaged, and a few of us saw the wall getting knocked.

“I have never seen anything like this before. I have helped cats and dogs across the road, but never horses.”

Despite her shock, Mrs Woodland was back on duty outside the school yesterday afternoon (MON).

The horses were herded into the garden of Peter Thorpe, who said he was now concerned about the state of his garden wall.

Mr Thorpe, 78, said: “I had done the garden on Sunday and had made the lawn nice and tidy.

“Then this morning I got a call from my wife saying there were six horses stuck in it. I thought it was a joke at first, but when I got back home I saw it was true.

“A few people saw the wall almost get knocked over, before it leaned back into place.

“I will have to get a builder to look at it to make sure it is safe.

“Sometimes some of the children walk on the top of it and I don’t want them falling off and hurting themselves because of a loose brick.

“I have put a warning sign by the wall to stop people walking on it.

“I am a bit upset that the garden has been ruined too. There are lots of hoof marks all over it.

“There was also lots of manure all over the garden. I didn’t want it and it took a while to collect.

“I am glad that no-one was hurt but what has happened is annoying.”

A spokesman for the RSPCA, who attended the scene to help, said: “We were called at 8.30am, after reports of six horses running across the school grounds onto the road.

“They were herded into a front garden and an RSPCA inspector and welfare officer were called and arrived at 9am.

“The owner was called to pick them up and take them back to the field, which was not very far away.

“The fence at the field was slightly inadequate and we gave the owner advice about fixing it.

“If horses escape like this they can be a danger to the public and to themselves, so the best advice we can give to horse owners is to ensure that fences are secure, and you check them regularly.”

A police spokesman confirmed they were called to the scene to monitor the situation, but no arrests were made, and no-one was injured.