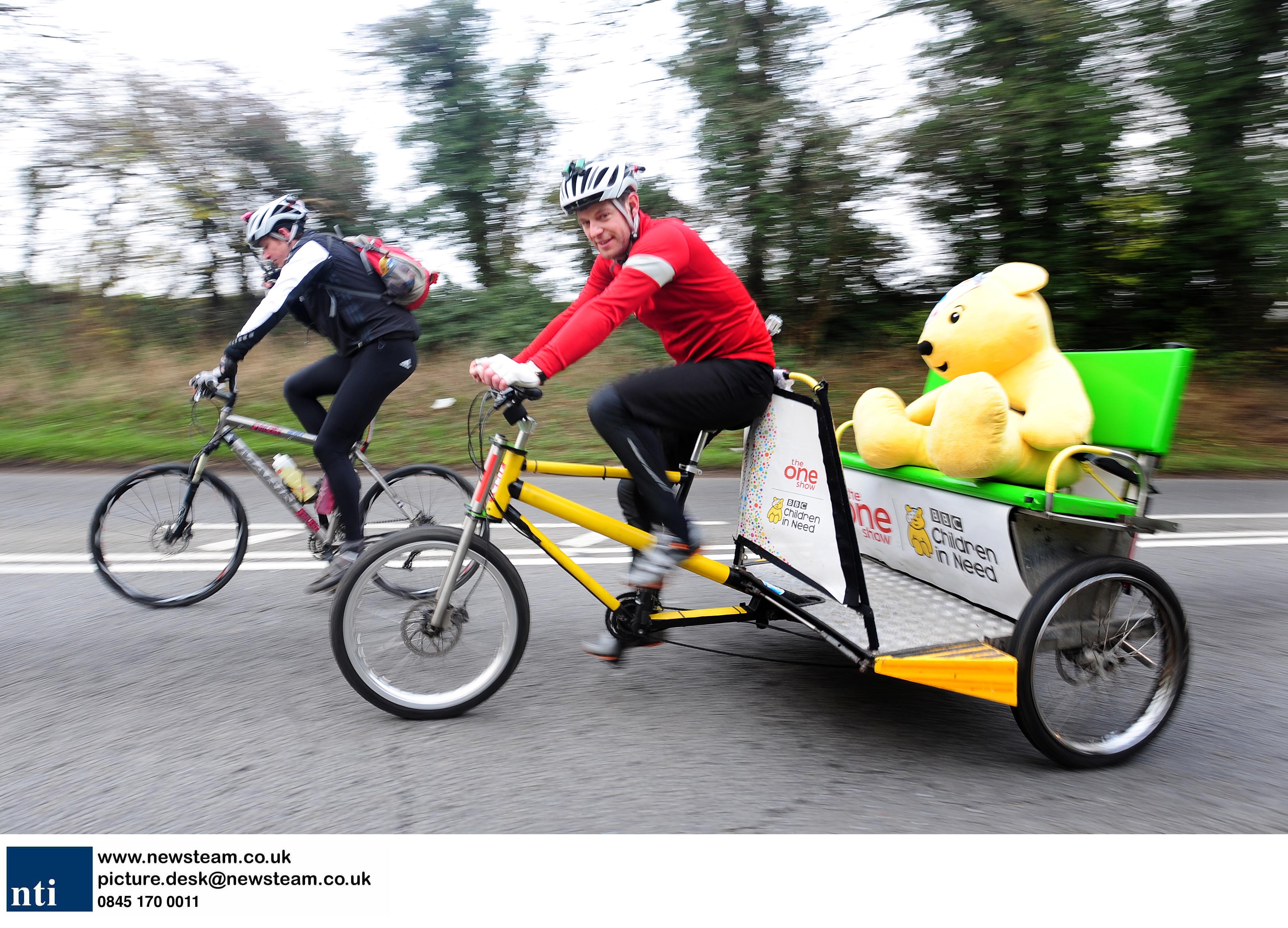 ONE SHOW presenter Matt Baker has raised over half a million pounds already for disadvantaged children, but as these pictures show he is the one in need – of some help cycling.

The former Blue Peter host is cycling from Edinburgh to London to raise cash for Children In Need and is expected to arrive during the live show on Friday.

But as these pictures show, the ride has been far from plain sailing for normally jolly Matt.

He is seen grimacing as he struggled towards the brow of a hill today/yesterday (WED) as he set off from Lincoln heading toward his overnight stop in Peterborough.

The presenter, who had been due to arrive in Lincoln for a reception at 7pm on Tuesday night, struggled into the city three hours late at 10pm and delayed leaving till 10am this morning/yesterday(WED) –  four hours after his intended 6am departure.

Photographer Chris Vaughan, 26, took the pictures of Baker as he climbed Canwick Hill in Lincoln, about two miles from his start point.

“You could tell it wasn’t easy,” said Chris, who lives in Lincoln with his 29-year-old girlfriend Anna. “But I thought he was doing a really good job considering.

“You could see he was in pain by the grimace on his face but that’s a steep hill. People always assume Lincolnshire is flat but it’s really not around here.

“I tried to ride that hill myself, back when I was a bit younger, and I gave up half way up, dismounted and pushed the bike up the hill.

“I run up that hill when I go running and it’s a real killer I can tell you.”

The fundraising presenter has admitted he is suffering saddle sores from his efforts and is receiving massages and painkillers in order to help him survive his marathon ride.