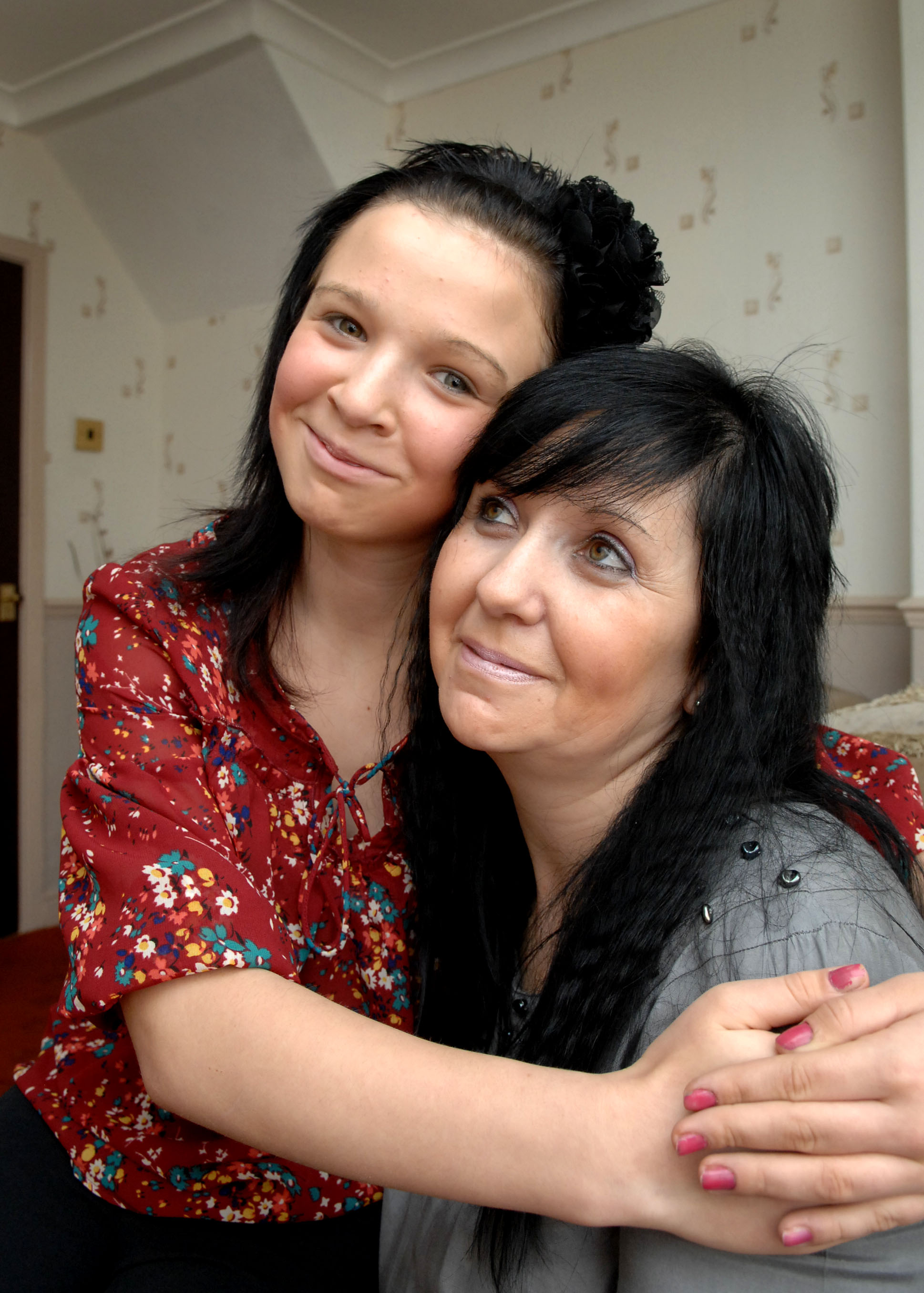 A BRAVE schoolgirl helped saved her diabetic mother’s life after she slipped into a coma.

Laura Jade Thacker, 13,  calmly dialled 999 for an ambulance when her mother Debbie Lake, was suddenly taken ill at home in Walsall, Wes Midlands.

She carefully followed the instructions from the ambulance service operator to check for signs of breathing after Miss Lake, who has type one diabetes, passed out last Tuesday morning.

The modest teen has described her life-saving actions as “no big deal”.

“I think any daughter would have done the same in my situation,” she said.

“It was no big deal really.

“I love my mum very much. She is the best mum in the world.”

“She has been outstanding and I want to thank her for saving my life.

“She had the presence of mind to ring the emergency services and calmly told them that her mother had diabetes and was unconscious.

“She was told to check for signs of breathing and to keep talking to me which she did. She kept saying ‘Mum’, asking me if I could hear her, and checking my airways.

“She was getting ready for school when I went into a diabetic coma. We’re staying with my parents at the moment and when I woke up I told my mom that I wasn’t feeling well. Laura brought over my blood monitor and that’s the last thing I remember.”

The mother-of-four was taken by ambulance to the hospital where she initially came round, but suffered a relapse and had to be resuscitated by her colleagues.

“All my children know what if do I fall ill and become unconscious, but this is the first time Laura Jade has had to react and she was a real trooper,” Miss Lake added.