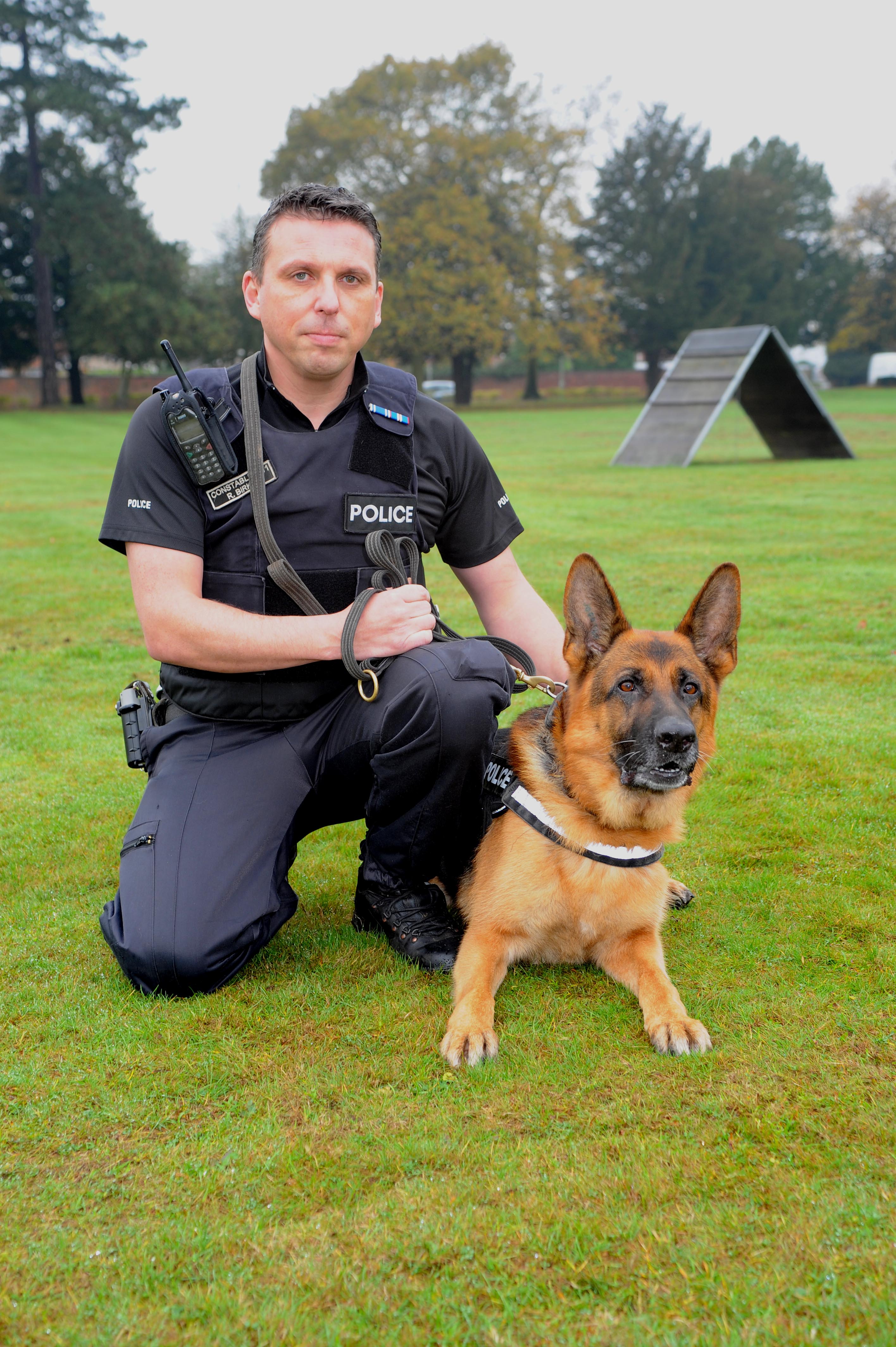 ONE of Britain’s longest-serving crime-fighting canines is preparing for a cushy retired lifestyle at the home of his best friend and handler for the past seven years.

German Shepherd Kash has worked with PC Rich Birkin since 2004 but will quit Staffordshire Police force in January, swopping a life of serious police work for biscuits and snoozes in front of a warm fire.

The eight-year-old pooch and his handler have picked up commendations for their work – with Kash’s top-notch attitude and work ethic winning plaudits all throughout his police career.

“Over the years I have built up a very strong bond with Kash,” said PC Birkin.

“There have been times I have trusted him with my life and he has never let me down, he is always so keen to please.

“Kash is a very experienced dog and the team will really miss him. However, he will remain with me as a family pet. He loves to relax and watch Corrie so I’m sure he won’t have a problem adjusting to retirement.”

The well-behaved pooch has been 43-year-old PC Birkin’s only canine partner since he began working on the dog unit – and the former traffic officer knows seven years working together has build up a strong bond between the pair.

“I had him when he was a young dog and I trained him through and he’s served solely with me,” added PC Birkin, who has worked for the force for 23 years.

‘I spend more time with Kash than I do with my family and wife, I’m with him all day. When you have worked with a dog and been through incidents that can be quite hairy, you can get a very close bond.

“He’s a firearms support dog so every time there’s an incident he will come out with me.

“He has disarmed a male with a machete in the town centre and been in a number of dangerous situations.

“He’s never let me down, he’s quite a forceful dog, he has been wonderful at his job. The day I go out to work without him and leave him at home, it will be difficult for both of us.”

The experience police dog will be replaced by one-year-old German Shepherd Nico, who will work as a general purpose dog after being trained in a series of crucial police duties.

As well as searching for suspects and missing people or locating objects concealed during a crime, brave Nico will be chasing people who run away when challenged to stop, and be trained to disarm violent armed suspects.

Nico, who is Kash’s great nephew, comes from a long line of service bred dogs and will join PC Birkin in the New Year – although he is currently training alongside Kash to pick up the basics.

“At the moment he is training alongside Kash and picking up things from him like his work ethic. It is good for him to see Kash working and see what he needs to do.

“When Kash retires in the new year, Nico will go on a bit more of an intense course and then he will be ready to learn on the job with me.

“It will be strange going out with a dog other than Kash and both me and Nico will need to build up each other’s trust and get that same bond.”

Inspector Chris Dawson, of the dog support unit, said: “Nico will work alongside our existing dogs and we welcome him as a new member of the team.

“We already have a strong team of dogs and handlers, but this addition means we can continue to provide a high level of service to keep our local communities safe and reassured.”

One thought on “Longest serving police dog to retire”