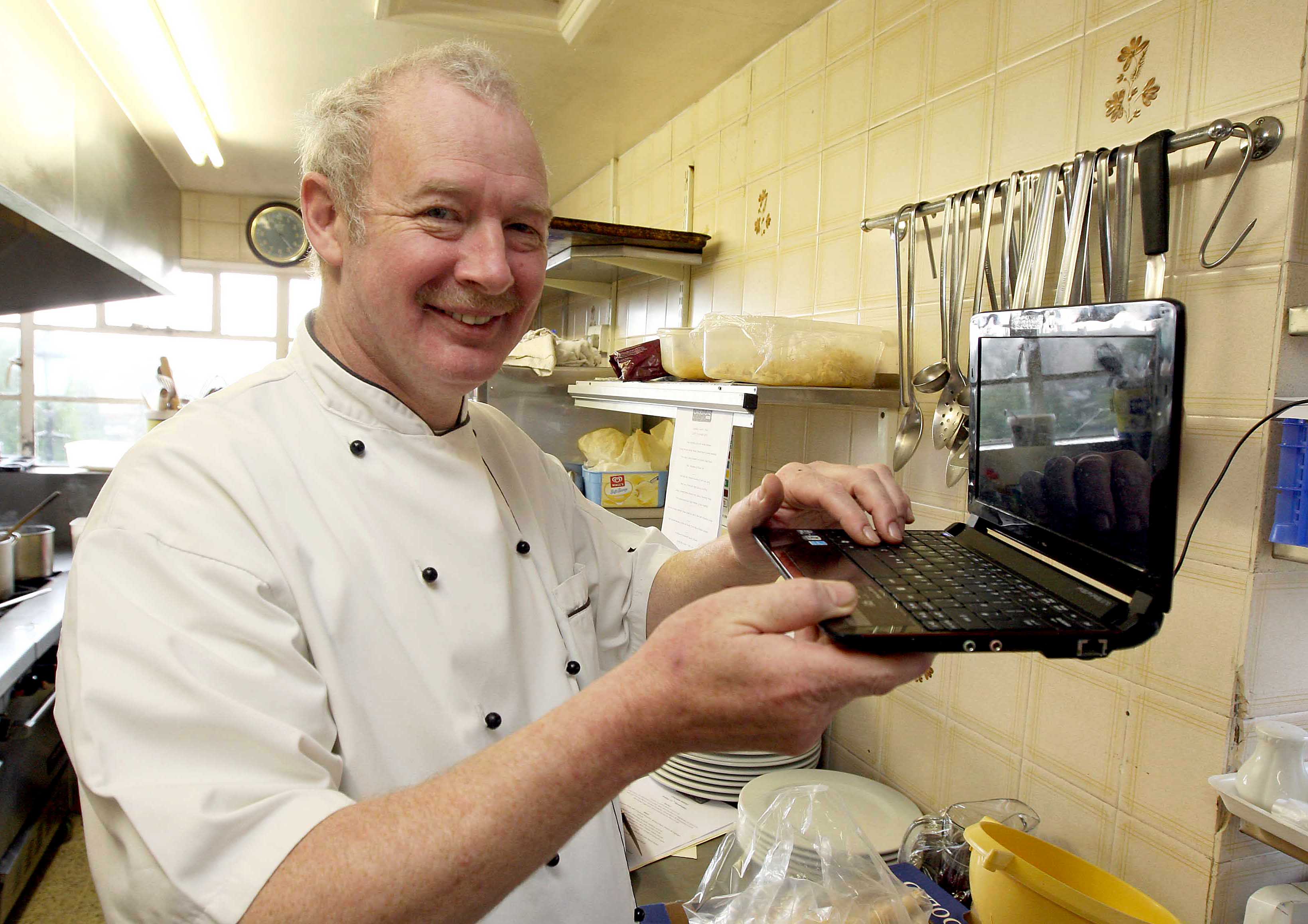 A POPULAR pub has become the first in the country to allow punters to watch their dinner being cooked on live webcams. 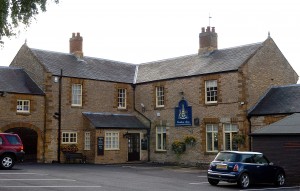 During lunch and dinner times at the Overstone Arms, situated in the village of Pytchley, Northants, punters can watch head chef Russell Clamp on the UK’s first ‘Chefcam’ as he prepares and dishes up food.

Mr Clamp, 51, who has been at the pub since May, says he can also talk webcam watchers on Skype through his recipes or simply let them soak up the kitchen atmosphere.

The experienced chef, who has cooked for Prince Charles on a private yacht in the past, came up with the innovative idea after fellow chefs and curious customers often asked about their meals and how they were served up.

He said: “I’m quite a chatty person and not afraid to let people know exactly how I do my job.

“Because of the style of food we do, which we refer to as art on a plate, I have a team who each have their own artistic style which they put on the plate.

“Customers say ‘how do you do it’ and a lot of chefs were asking me how I do it so I just thought why not.

“Whether people just want to see me crashing around the stoves or want to talk to me about how I put together the dishes I think it is an interesting watch.

“While it is not as stressful here as some TV shows may make out, it is exciting.”

The 17th century pub boasts a diverse menu, from traditional favourites like bangers and mash to the more gastro-type dishes like the Vienna Steak, a blend of chopped salmon and Aberdeen smoked haddock.

And Mr Clamp, who is backed up by support from chef Marie Heaton and two young apprentices, is determined that his idea won’t be a flash in the pan.

“I am hoping to be able to get three or four more cameras, so we can have on over the dessert area and another over the stove,” he added.

“I promise I’m not someone who swears a lot, so this should be good watching for everyone.

“We are not afraid to show anyone how we work in our kitchen. And it is good for the apprentices because they know that even if I’m not watching, someone else could be.

“I think it is a good idea, chefs need to be more open. There’s a lot of TV programmes about chefs so we need to get used to the idea of people watching us. I see no idea why it won’t take off and be adopted by plenty more restaurants and pubs.”

The experienced chef, who has cooked in Paris, Dubai and Holland during a successful culinary career, has already had two schools contacting him asking if he can put on live demonstrations for high school pupils – something which he was delighted to do.

And someone else who is happy to have the kitchen doors wide open is Sue Withers, who took over the pub a year ago and is backing Mr Clamp’s initiative.

“I haven’t heard of anywhere else doing this,” she said.

“I think it is good fun for both our chef to show off his work and the viewer to find out what exactly goes into their meals.

“It may seem scary to some chefs, but Russell is very open about his work.”

The webcam is connected to a Skype account called theoverstonekitchen which can be called by a Skype user for free.