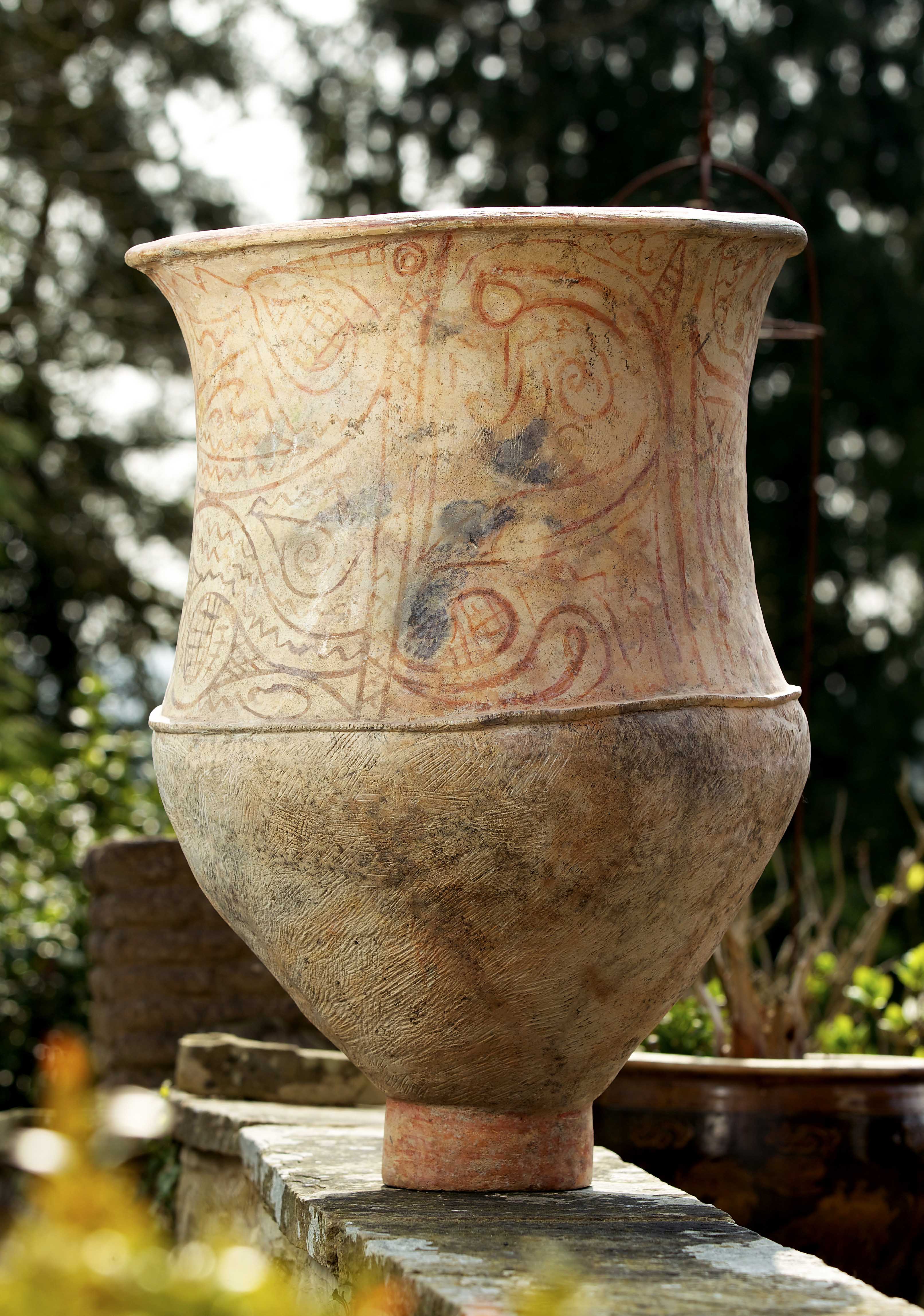 A collection of extremely rare three-thousand-year-old Asian pots that have been painstakingly reconstructed piece-by-piece are set to go on public display for the first time.

Measuring a massive 3ft 6in tall, the largest pot is big enough to fit a small child inside – although experts are not sure what their exact use would have been.

Experts found some of the pots in graves while others were dug up in domestic settings – and think the repeating pattern suggests they were of some significance.

All of the pots were reconstructed and their age established using thermoluminescence dating, a process similar to carbon dating, at a world-renowned lab in Oxford.

Mark West, antiques dealer, said: “These are really spectacular pieces, they’re better than what the V&A museum has got.

“I just think they are extremely pretty, extremely beautiful things.

“They could be from a 1950s Italian collection or part of a 20th Century European movement – they’ll work with anything and would fit in to a modern home or apartment.”

The rare pots are due to go on display at Antiques for Everyone, the UK’s largest antiques fair, which returns to the NEC near Birmingham between April 12 and 15 this year.

A special Downton Abbey inspired feature, including a dramatic period home and room set, is planned for the fair – but Mr West expects the pots to steal the show.

He added: “There are a growing number of collectors for these pieces.

“They are very rare but cost a fraction of Ming vases and other more established rare pottery.

“We’ve put them back together after they were recovered from the ground.

“Anyone who tells you that such a great pot like these has come straight out of the ground is pulling your leg – especially something of this size.”